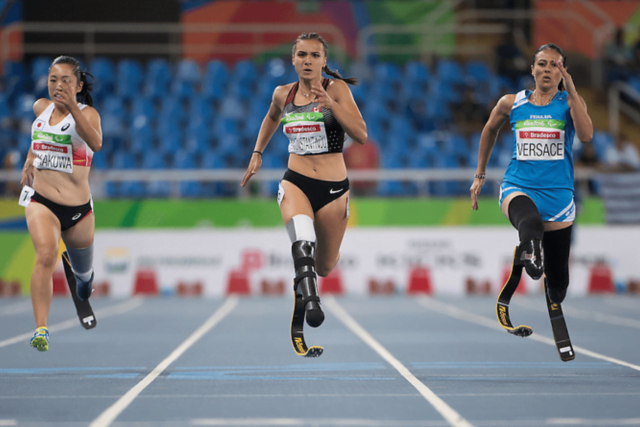 On Tuesday at the Tokyo Paralympics, Oksana Masters claimed gold in women’s H4-5 cycling time trial. She crossed the line in 45:40.05 to earn her ninth Paralympic medal in her fourth sport, having previously won awards in rowing, cross-country skiing, and biathlon. China’s Sun Bianbian claimed silver, and the Netherlands’ Jennette Jansen earned bronze. (A highlight of the race can be viewed here.) Masters said the result was simultaneously years in the making – and a total surprise.

“This was not expected. I was just trying to hold on and fight for third place,” the 32-year-old Masters told Olympic Information Service after the race. “I never in a million years thought I would be fighting for a gold medal at all. At Tokyo 2020. In cycling.”

Back in May, Masters had surgery to remove a tumor from her femur. “There is still a small crack in the door to make it to Tokyo, and you better believe I am determined to make it,” she wrote on Instagram in early June. 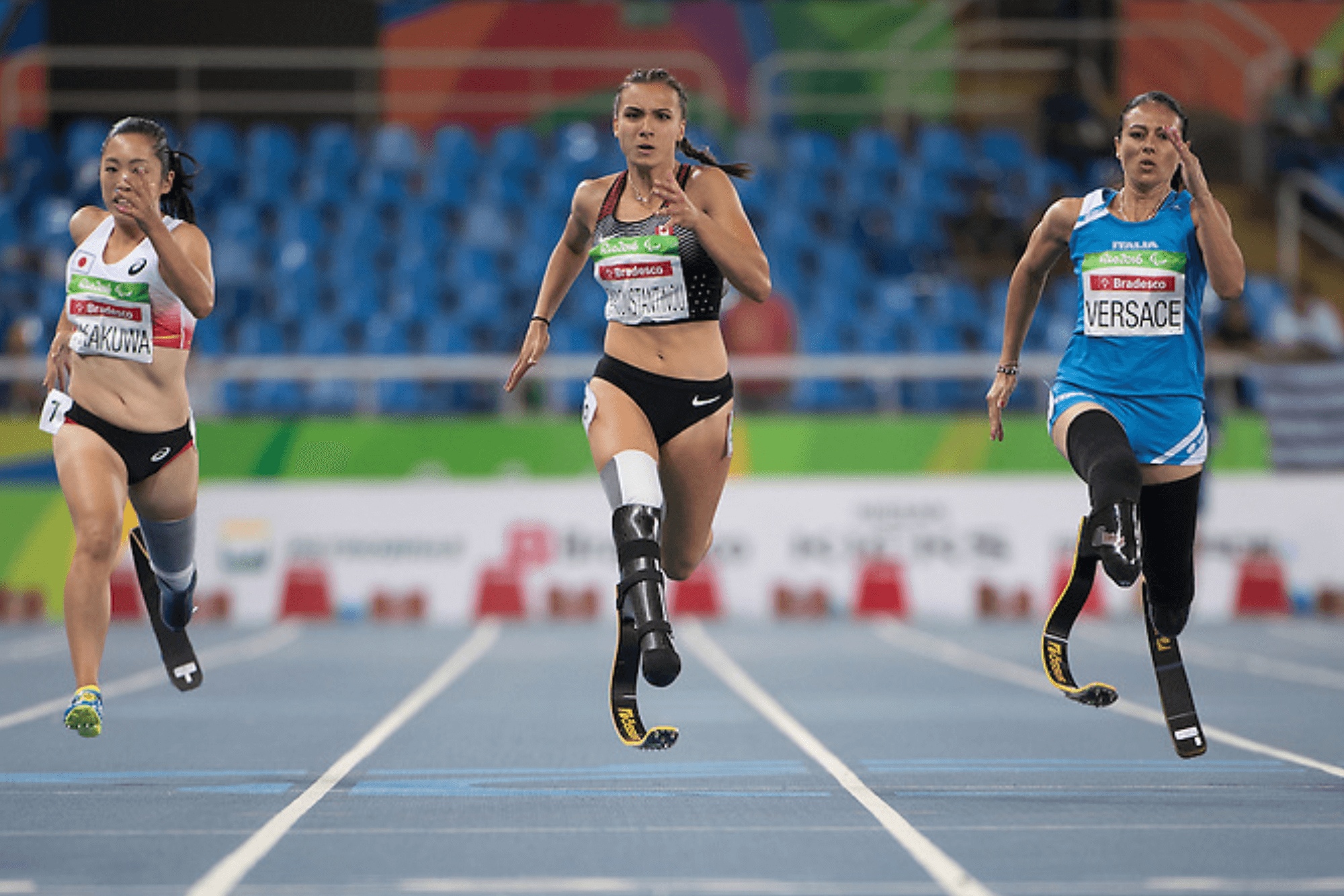 Masters crashed in her race at the U.S. Paralympic Trials later that month but was ultimately named to the U.S. team for Tokyo thanks to her results at other international competitions. Earlier this week, she wrote that just reaching the Tokyo Paralympics was “a win in itself.”

While Masters was admittedly shocked by her result in Tokyo, she also acknowledged that she had been working towards this moment for the last five years. At the 2016 Rio Paralympics, she finished just off the podium in both cycling events she entered, placing fourth in the H5 road race and fifth in the H4-5 time trial. After today’s race, she said she had been dreaming about this moment since “the day after I crossed the finish line in Rio 2016 in fifth place.

Masters continued: “I knew what I did wrong, and I wanted to fix. It just means more to me being able to have an amazing, incredible race regardless of the result of the medal color – to know that I fixed my wrongs from Rio and that I’m growing as a cyclist.”

This is only the most recent comeback story for Masters, born in 1989 with birth defects believed to be from the aftermath of the Chernobyl nuclear accident. She spent the first seven years of her life shuffling between Ukrainian orphanages until she was adopted by an American mother, Gay, who had to wait two-and-a-half years to bring her daughter to the United States due to a moratorium on foreign adoptions.

When Masters was 13 years old, she and her mom moved to Lexington, Kentucky, where she was introduced to rowing. Ten years later, she made her Paralympic debut at the 2012 London Games, winning rowing bronze with Rob Jones, a retired U.S. Marine Sergeant.

But one year after London, Masters broke her back – an injury that put her rowing career on hold. She began cross-country skiing “almost by accident” after she was introduced to a Nordic skiing coach. Fourteen months later, she made her Paralympic debut in that sport at the 2014 Sochi Winter Games, winning two medals: a silver and a bronze.

After she claimed four world titles in 2017, expectations were even higher heading into the 2018 PyeongChang Winter Paralympics. Just weeks before the Pyeongchang Games, she dislocated her elbow after slipping on a patch of ice. Suddenly, her Paralympic outlook was much less confident.

Still, Masters showed up to the start line in South Korea, winning a silver and then bronze in her first two races. But in her third event – the biathlon 10km sitting competition – she re-injured her elbow in a crash and did something she hates: withdrew from the race.

Twenty-four hours later, with the help of team doctors, she was back in the snow for the cross-country sprint. She posted the fastest time in both her qualifying and semifinal round heats before claiming her first Paralympic gold medal in the final. Six months from now, Masters is aiming to defend that gold medal at the 2022 Beijing Winter Paralympics.

But at the moment, she said she’s focused on Tokyo. She has one individual race remaining in Tokyo: the women’s H5 road race, scheduled for Wednesday afternoon in Tokyo (Tuesday night in the United States). “Right now, I’m just so lucky to be here lining up on the start line here in Tokyo,” she said.

How to watch the Tokyo Paralympics

NBC will provide over 1,200 hours of Paralympic coverage. Here are some highlights: A full Paralympic T.V. schedule (which includes an overview of range on NBC, NBCSN, and Olympic Channel) can be found here. Events can also be live-streamed on NBCOlympics.com and the NBC Sports app. More info is available here.