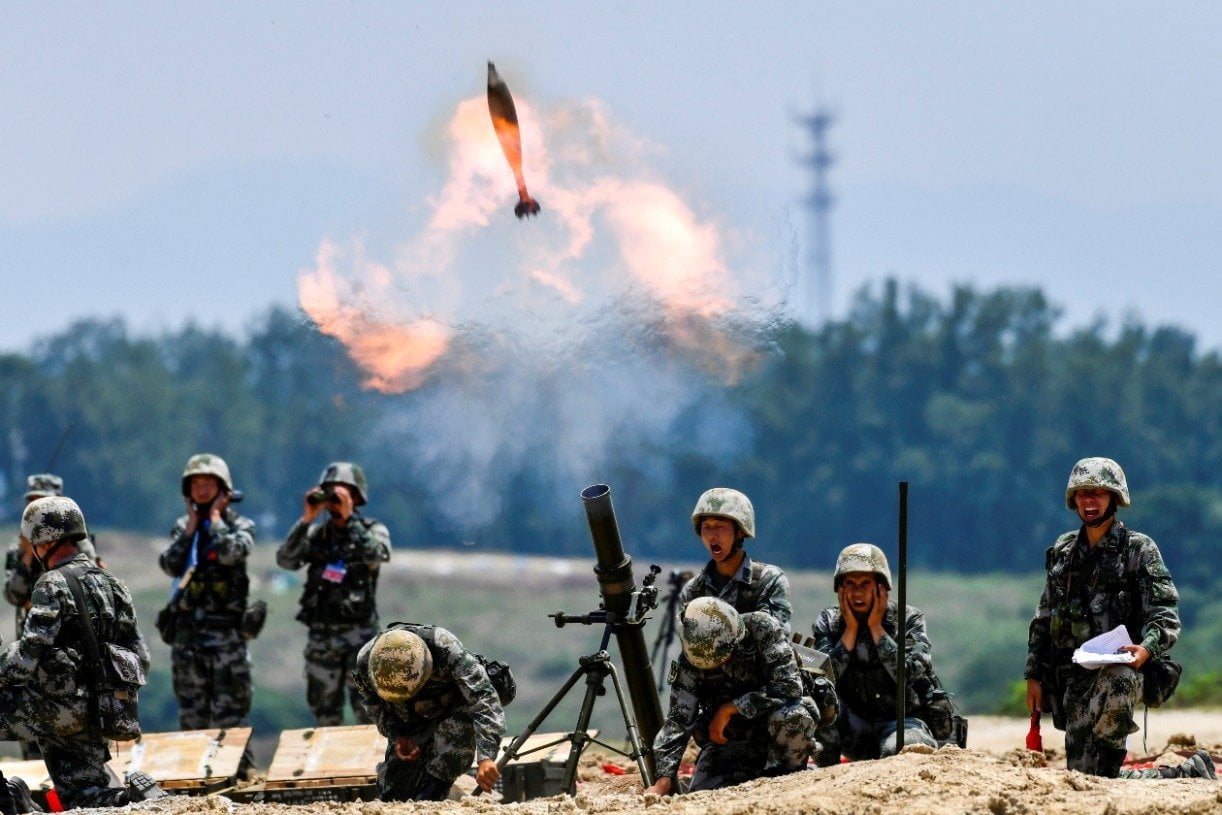 Former Attorney-General Christian Porter’s demand that ABC’s “scandalous” legal defense to a defamation case over a historic rape allegation must be permanently removed from federal court files and remain secret will be challenged by media organizations including News Corp and Nine newspapers.

A bitter war of words has erupted between Mr. Porter and the ABC after he discontinued his defamation case on Monday night, complaining the ABC had unleashed a “modern-day lynch mob” but dropped his action without damages. The ABC will pay for the mediation costs that settle the matter but not apologize or remove the story online. No orders on legal expenses were made.

Both sides of the legal battle claimed vindication, with the national broadcaster insisting it stood by the Four Corners journalist Louise Milligan and the original report. However, it did agree to amend the story by adding an editorial statement. The new information concedes the rape allegation could not be substantiated to a criminal or civil standard, and it did not suggest Mr. Porter was guilty of the offense.

Rebekah Giles, Mr. Porter’s lawyer, revealed on Monday that one of the other conditions of the settlement was that the redacted parts of ABC’s legal defense to the story were removed from the court files. Mr. Porter had previously made an application to the Federal Court to suppress the parts security parts, subject it to a non-publication order because it included “scandalous” material and was an abuse of the court. 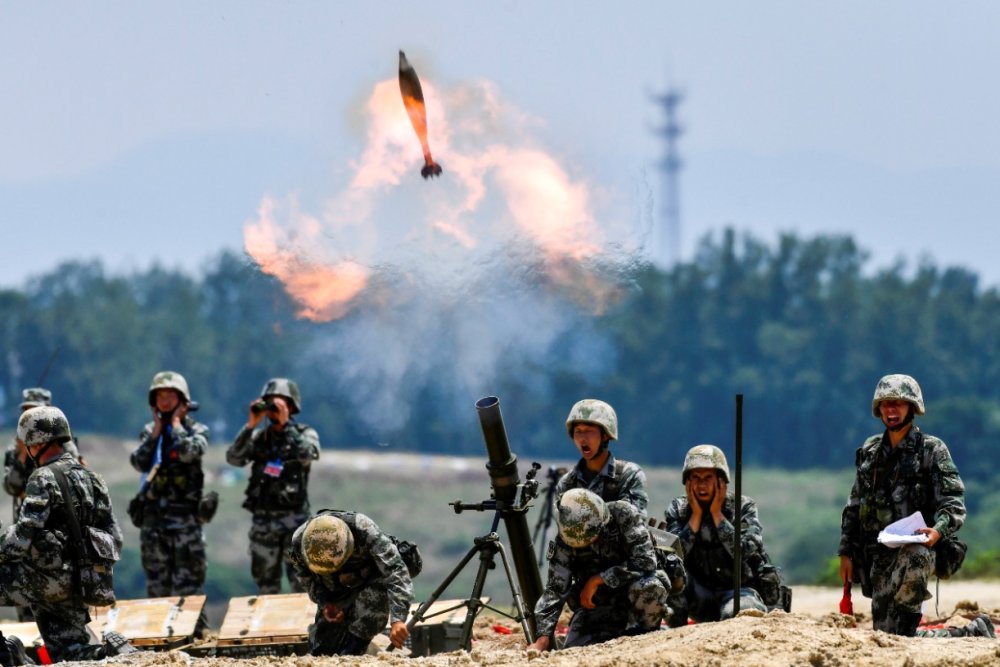 Lashing Ms. Milligan for publicly stating on Twitter that she still hoped the redacted parts of the document would be made public, Ms. Giles said the ABC had expressly agreed to never release the information contained in the legal defense. “Astonishingly, Ms. Milligan and other employees of the ABC have now seen fit to publish statements inconsistent with the settlement that they personally agreed to,” Ms. Giles said. The Party Games newsletter Get your political briefing from news.com.au’s political editor Samantha Maiden.

“Further, the suggestion by Ms. Milligan that she wants the defense to be released when she has (apparently in good faith) agreed to it being removed from the court file.” National Editorial Counsel at News Corporation Australia Michael Cameron confirmed that media organizations including News Corp and Nine will seek to challenge the non-publication order on Tuesday morning.

“The country’s first law officer made serious claims against the ABC and a journalist,” Mr. Cameron told news.com.au. “It’s only fair that the general public is given equal access to the rebuttal of Mr. Porter’s serious allegations.” While the defense contents remain secret, friends of Mr. Porter’s accuser, including Jo Dyer and a former boyfriend, James Hooke, were expected to give evidence at the defamation trial.

In a statement to news.com.au in March, Mr. Hooke revealed the man referred to as “James” in the woman’s unsworn statement and the extracts from her diaries. He also claimed that he had relevant discussions with Mr. Porter about his relationship with the woman in 1992 in Perth and subsequently. Mr. Porter strenuously denies the rape allegation. “Mine is just one set of recollections, and I am aware of the fallibility of human memory, however unintentional.

The original ABC story revealed a cabinet minister in the Morrison Government was the subject of a historic rape allegation but did not identify Mr. Porter. He subsequently did so himself and accused the ABC report of including enough information that he was identifiable.

Mr. Porter’s accuser died by suicide last year and, as such, can never be called to give evidence. He has strenuously denied the allegation. Earlier, an emotional Mr. Porter claimed he was vindicated on Monday night standing on the steps of the Federal Court.

“The reason that I determined to bring this action against the ABC, the reason I was willing to go under oath and to say what I have always said is that the things alleged did not happen, the reason I brought this case is straightforward,” Mr. Porter said.

“If what happened in the reporting of this matter was left entirely unchallenged, that would have meant a country where any Australian could have their lives and careers ruined by the unchallenged printing of sensationalist accusations alone.

“Let me be absolutely clear about what has happened publicly in this settlement. The ABC has determined not to defend the matter. They have been forced by these proceedings to explicitly state that the accusations that were contained in the article could not be proved to either a civil or criminal standard.”

“Let me be absolutely clear about this. The ABC has also been forced to express regret at the outcome of their reporting.” But in a second statement released after his press conference, the ABC flatly denied Mr. Porter’s claim that it had conceded “regret” over the article.

“The ABC never has and still does not accept that the article suggested guilt on the part of Mr. Po.rter. The ABC did not plead a truth defdefense the “guilt,” meaning that Mr. Po.rter alleged in his statement of claim,” it said. “The article was not ‘sensationalist’. It was an accurate and factual report on a letter sent to the Prime Minister and two other senior politicians.

“As we have stated, the ABC stands by the importance of the article, which reported on matters of significant public interest,” the ABC said. The editor’s note added to the article states: “On 26 February 2021, the ABC published an article by Louise Milligan. That article was about a letter to the prime minister containing allegations against a senior cabinet minister. Although he was not named, the article was about the attorney general Christian Porter.”

“The ABC did not intend to suggest that Mr. Port. er had committed the criminal offenoffensesged. The ABC did not contend that the serious accusations could be substantiated to the applicable legal standard – criminal or civil. However, both parties accept that some readers misinterpreted the article as an accusation of guilt against Mr. Port. er. The editorial note states that that reading was not intended by the ABC is regretted,” the editorial note states.

The ABC also revealed the legal mediation to resolve the case started before the commencement of the legal tussle to remove Mr. Porter’s lawyer on the grounds of a conflict of interest. Mr. Porter claimed on the steps of the Federal Court on Monday that revelations in that case that Ms. Milligan had encouraged a friend of Mr. Porter’s accuser Jo Dyer to restrict their conversations to an encrypted app and delete earlier messages was a trigger for the ABC to settle.

Ms. Milligan had maintained that the correspondence was essential journalism to protect a source and that no legal matters were afoot when she urged Ms. Dyer to exercise caution in their post. “It is simply incorrect to suggest that evidence in the, at case led t, he ABC to seek mediation,” the ABC said in a statement.

“Mediations are very common in defamation matters, and it is essential that all litigant parties seek to explore potential resolution options when they can – especially so for the ABC as a model litigant.

“About other comments and statements that have been made: The only costs paid by the ABC, apart from its own, were mediation and related. Four Corners EP Sally Neighbour did not “lie” when she tweeted that “‘No money was paid”. Ms. Neighbour meant that no money was paid to Mr. Porter, which is correct. Ms. Neighbour quickly clarified her tweet to say that “No damages were paid”.

“The ABC categorically rejects the claim that Louise Milligan “coached” Jo Dyer. The suggestion is not only an insult to Ms. Millig. but also to Ms. Dyer’s intelligence and integrity,” it said. “Despite the assertion in Mr. Porter’s filed reply, Ms. Milligan did not attempt to speak to (Mr. Porter’s accuser) before her death. That suggestion is completely untrue.”

Mr. Porter also told reporters that he did not expect to be reinstated as Attorney-General after his appointment to the industry portfolio. “I do not want any old jobs back. I am totally committed to my portfolio and to the Government which I,s totally committed to the Australian people. I just want to get on with the job,” he said.

“There is no turning the clock back once someone writes a sensationalist article like this, with allegations that would lead ordinary readers to jump to a conclusion of guilt, and what the ABC has said is that they regret that.

“That is a humiliating back down for the ABC no matter what way they want to spin it, and Sally Neighbour put out a tweet that she had to remove within seconds of it being placed out publicly because it was false. And it tells you precisely what you need to know about the sort of journalism that we have been dealing with here.”