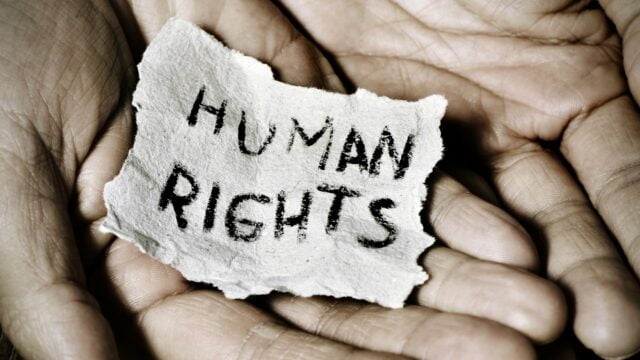 There is a startling lack of diversity within the venture capital sector. This means that a small group of men — predominantly white men — make decisions that affect all of us. Unsurprisingly, they all too often ignore the broader societal and human rights implications of these investment decisions.

We all live in a world shaped by venture capital. As of 2019, 81% of all venture capital funds worldwide are clustered in just a handful of countries, primarily in the U.S., Europe, and China, which in turn are shaping the future of technology. If you spend time on Facebook or Twitter, use Google, travel in an Uber, or stay in an Airbnb, then you’ve experienced firsthand the impact of venture capital funding.

Unfortunately, this is true of the broader venture capital sector as well. Overall, of the 50 VC firms and three startup accelerators analyzed by Amnesty International, we found that almost all of them lacked adequate human rights due diligence policies and processes.

This failure to carry out adequate due diligence means that a vast majority of VC firms are failing in their responsibility to respect human rights. This almost complete lack of respect for human rights among the world’s largest venture capital firms has three key impacts.

First, and most immediately, it means that venture capital firms invest in companies whose products and services have been implicated in ongoing human rights abuses, such as companies that support the Chinese government’s repression of the Uyghur population in Xinjiang and across China.

Third, venture capital firms’ lack of human rights due to diligence dramatically increases the risk that they fund new and “frontier” technologies without ensuring that adequate human rights safeguards are in place.

For instance, the application of increasingly powerful artificial intelligence/machine learning (AI/ML) tools across a wide variety of sectors risks amplifying existing societal biases and discrimination. Seemingly objective algorithms can be biased by relying on incomplete or unrepresentative training data and/or replicating the unconscious bias of those who developed the algorithms.

This is a critical blind spot, especially as VC-funded startups seek to disrupt such fundamental parts of our lives as education, finance, and health. The negative impacts of the VC firms’ lack of human rights due diligence — especially regarding issues like algorithmic bias — are magnified by these firms’ own lack of gender and racial diversity. For instance, women comprise only 23% of venture capital investment professionals (i.e., those involved in deciding which startups to fund).

The numbers are even worse for racial diversity — just 4% of investment professionals at VC firms in the U.S. are Latinx, and only 4% are Black. Groups like Blck VC, Diversity VC, and digitalundivided have been calling attention to this issue for years, but venture capitalists have been slow to respond so far.

With power comes responsibility. Venture capital firms need to institute human rights due to diligence processes that meet the UN Guiding Principles on Business and Human Rights standards. Further, they should support their portfolio companies to ensure that they comply with human rights standards.

Venture capital firms should also publicly commit to hiring more diverse teams, especially in investment-related positions. Finally, they should publicly commit to funding more varied startup founders as part of their flagship funds. VC firms have a responsibility to ensure that their investments are not causing harm. A commitment that they have, to date, largely ignored.