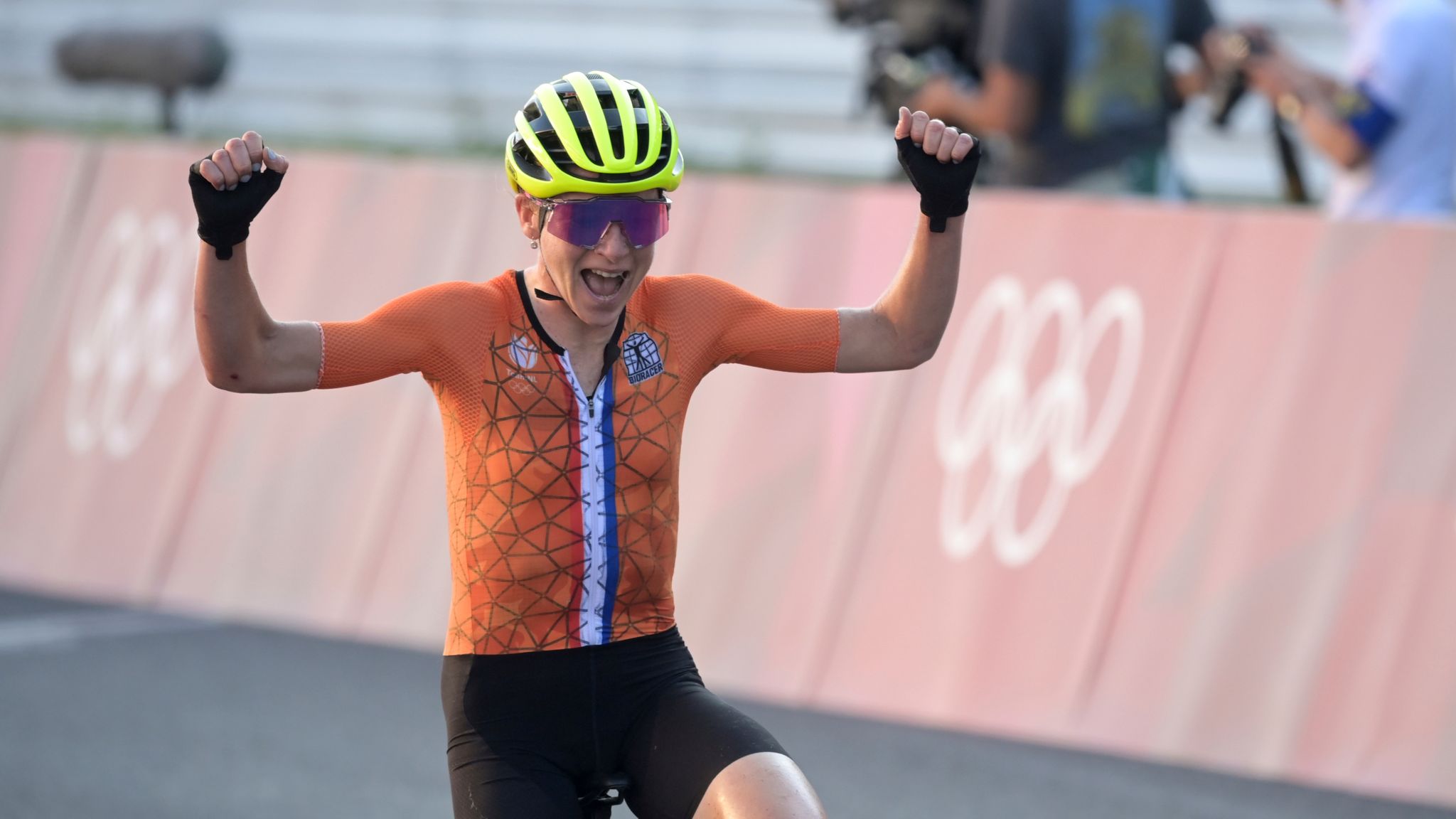 OYAMA, Japan (AP) — Annemiek van Vleuten experienced many emotions after her silver medal in the Olympic road race. Embarrassment. Disappointment. Just the slightest bit of joy. There was nothing but elation after her dominant performance Wednesday in the time trial at the Summer Games. Well, maybe a little bit of vindication, too.

The Dutch rider exacted a bit of revenge for the miscommunication that may have cost her the gold medal last weekend, storming over the course in the hills southwest of Tokyo. She finished in 30 minutes, 13.49 seconds, nearly a full minute ahead of second-place Marlen Reusser of Switzerland and third-place Anna van der Breggen.

“If I went home with a silver medal in the road race, I still would have been a happy person,” van Vleuten said after singing along with the Dutch national anthem on the podium. “For the people around me, now they will say I have everything.” It was sweet redemption for a Dutch cycling squad snakebit so far during the Tokyo Games. 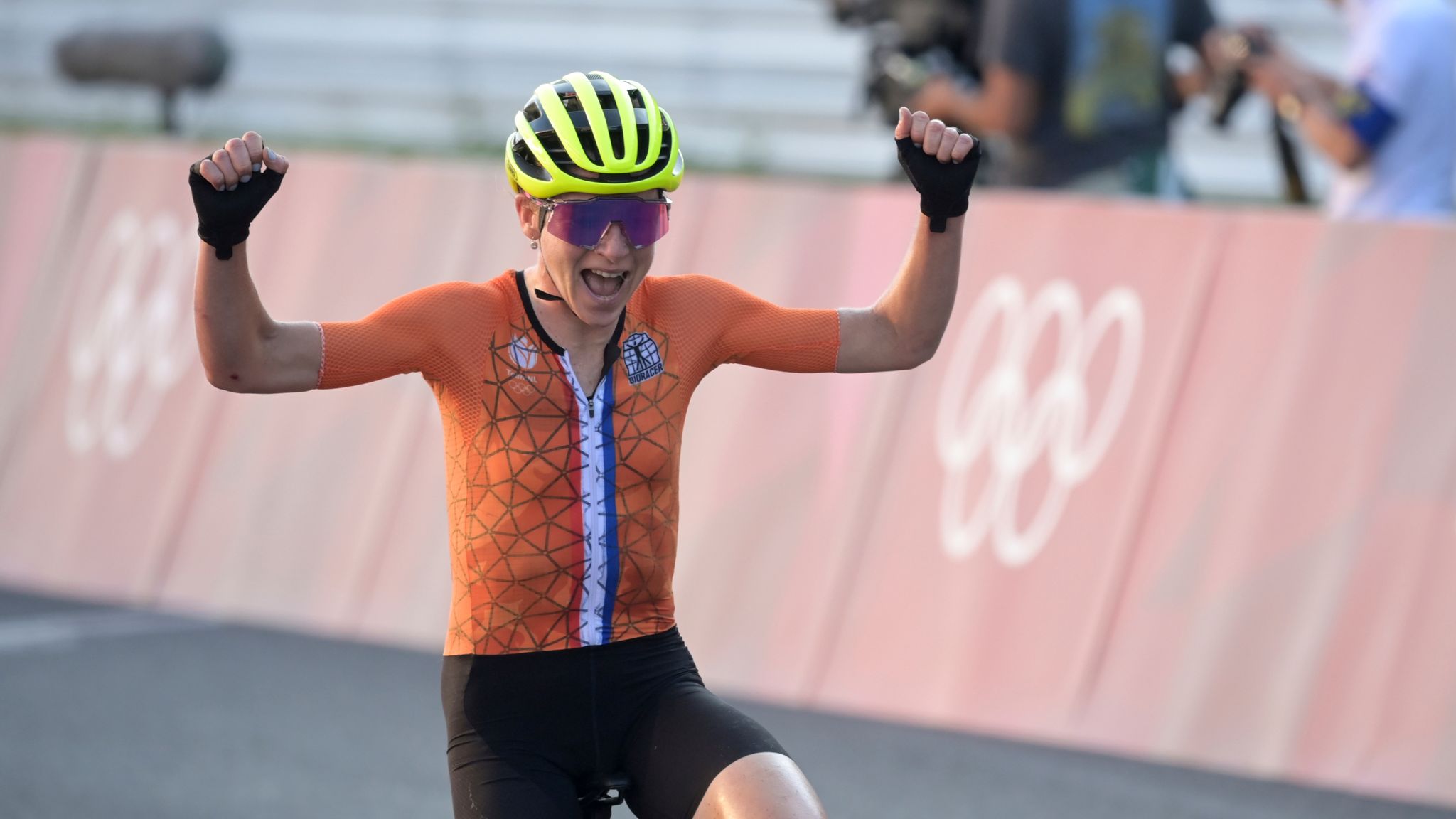 Van Vleuten, the world-time trial champion in 2020, was part of a dream team of world champions heavily favored to win gold in the road race. But they lost track of the number of riders in the breakaway and failed to pull back the Austrian who won, leaving van Vleuten to briefly think she’d captured gold before realizing it was only silver.

On the men’s side, mountain bike favorite Mathieu van der Poel crashed on the opening lap and was never a factor. On the BMX track, medal favorite Niek Kimmann was hurt in practice when he crashed into an official wandering on the course. “I’m so happy for Annemiek,” said van der Breggen, who won the road race in Rio. “It was a great day for us.”

After the cycling program shifted south to Izu for two days of mountain biking, the teams and fans — yes, the fans — were back at the old Formula One circuit carved into the wildly sloping, tree-filled countryside near Mt. Fuji.

For the fifth straight day, locals turned out for one of the few events allowing fans due to COVID-19 protocols. At the end of the challenging 21.7-kilometer loop, the long grandstand greeting riders were filled to 50% of capacity, with fans waving cardboard to cool themselves, ducking under umbrellas when it rained, and wearing floppy hats as protection from the sun.

Indeed, a week’s worth of weather seemed to be packed into one race. Riders who set off first were greeted by drops of rain. Then the sun came out and turned the water to stifling humidity, only for clouds to come back with a brisk breeze that pushed the riders’ aerodynamic bikes all over the road.

The best hope of an American medal over the first week of cycling rested with Chloe Dygert, the former time trial world champion. She was seriously injured when she overcooked a corner at last year’s worlds, sending her over a guardrail and down a deep ravine, leaving her with a gruesome scar visible on her left thigh.

Dygert dominated the U.S. championships in her first competition since the injury. Still, she struggled in Sunday’s road race and got off to such a poor start Wednesday — she lost 51.82 seconds by the first time check — she was never in contention. Now, the question is whether Dygert will help her world champion pursuit team on the track.

Dygert finished seventh, and 46-year-old teammate Amber Neben was fifth, ending an American stranglehold on the race against the clock. Kristin Armstrong won the past three gold medals before retiring after the Rio de Janeiro Olympics, and the U.S. had placed a rider on the podium at every Summer Games since the race was introduced in 1996.

Now, the dominance in the race of truth belongs to the Dutch. Van Vleuten’s gold was the first for the Netherlands in the time trial since Leontien van Moorsel won back-to-back titles in Sydney and Athens. Van der Breggen also won the bronze medal in Rio, which means the Dutch have now captured five of the 18 medals up for grabs at the past six Summer Games.

“I knew after the road race I was in super great shape,” van Vleuten said. “Everyone was talking about everything else. Nobody was talking about my performance. I shut off social media. I didn’t listen to anything. I just took the message that my coach and I had achieved the best shape possible.” More AP Olympics: https://apnews.com/hub/2020-tokyo-olympics and https://twitter.com/AP_Sports