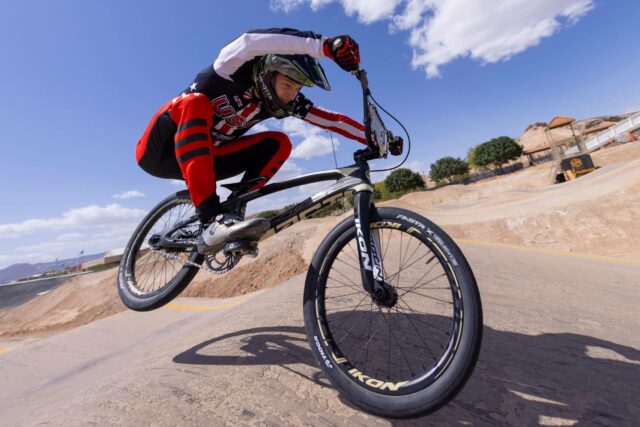 MISHIMA, Japan (A.P.) — BMX rider Connor Fields was released from St. Luke’s International Hospital in Tokyo on Thursday, five days after a horrific crash in his semifinal race at the Tokyo Olympics left him with a brain bleed and other injuries. Dr. Jonathan Finnoff, the chief medical officer for the U.S. Olympic and Paralympic Committee, said in a statement that Fields will be able to return to his home in Henderson, Nevada, in the coming days to begin his rehabilitation.

“A few of us have been able to see and speak with Connor on FaceTime, and I am relieved to hear his voice, witness him move around, and see that his sense of humor and strength are still intact,” said his mother, Lisa Fields. “His sly smile says more than any scan, yet those are looking good, too. We are all overjoyed with the news that he is booked on a flight home.”

Family members have not been with Fields in Tokyo because of the strict COVID-19 measures that prohibited them from traveling to Japan for the Olympics. But he’s been cared for by staff from the USOPC and USA Cycling since the cash. The 28-year-old Fields had already qualified for the finals last Friday based on his first two semifinal heats when the gate dropped for the final one. He was flanked by riders on each side of him as he landed hard on a jump into the first turn.

The impact with the ground was severe enough, but Fields also was hit at high speed by two other riders. He remained motionless while the race concluded. Medical personnel then rushed out to attend to Fields, who eventually was loaded onto a stretcher and taken to the hospital in an ambulance.

Fields sustained a brain hemorrhage in the crash. While the Olympic neurosurgeon was on standby if surgery was needed to relieve pressure on his brain, a follow-up C.T. scan taken the following day showed no additional injuries. Fields also sustained broken ribs and a collapsed lung in the crash. The same day, Australian cyclist Saya Sakakibara was also removed on a stretcher following a collision.

Fields, a two-time world champion, has been in bad crashes before — it’s inevitable in a sport that features riders at high-speed racing side-by-side over ramps and around corners. In 2018, he was knocked out at the national championships when he hit his head, only awaking later to find he was strapped to a stretcher and headed to the hospital.

“When I asked what happened,” he recalled ahead of the Tokyo Games, “they told me I had a seizure on impact. I haven’t really ever been knocked out before, and when they told me that, I was absolutely terrified.” He was cleared to ride again a few months later and began qualifying for the Tokyo Olympics. More AP Olympics: https://apnews.com/hub/2020-tokyo-olympics and https://twitter.com/AP_Sports