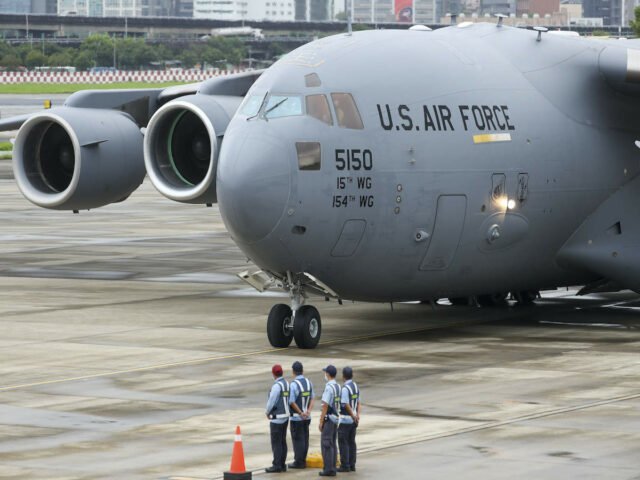 As the Taliban continued to take over Afghanistan, thousands of Afghans made their way to Hamid Karzai International Airport in the capital city of Kabul in hopes of fleeing the besieged country. Videos on social media have shown people rushing the tarmac and climbing up the stairs of loaded planes and flights preparing to go in the air in hopes of boarding a flight.

As a result, seven people have died, including some who fell from a departing American military transport jet, according to the Associated Press. Amid the chaos, some Afghans were able to board a departing U.S. Air Force plane.

According to U.S. defense and security news site Defense One, the plane, a U.S. Air Force C-17, evacuated around 640 people on Sunday night, hours after the Taliban secured control of Kabul over the Afghanistan government. It was also reported the plane wasn’t expected to have that many people, but more were able to board the aircraft through its half-open ramp before making its way to the Al Udeid Air Base in Qatar.

People on social media shared their thoughts after seeing the stunning image. Some people credited the pilots of the flight for allowing that many people on the plane. According to Forbes, the pilots of the C-17 jet pilot belonging to the Delaware-based 436th Airlift Wing told flight controllers they thought they had 800 people on board. The plane typically holds around 150 soldiers but can take up to 171,000 lbs. of cargo.

“How many people are on your jet? 800 people on your jet? Holy cow… Good job getting off the ground!” the controller can be heard saying in what appears to be audio between the controller and the pilots. While the flight had hundreds of people aboard, social media users noticed fewer women inside the plane. With the Taliban in control, people wondered if women would be oppressed again given their restricted freedoms when the Taliban last had control of Kabul in 1994.