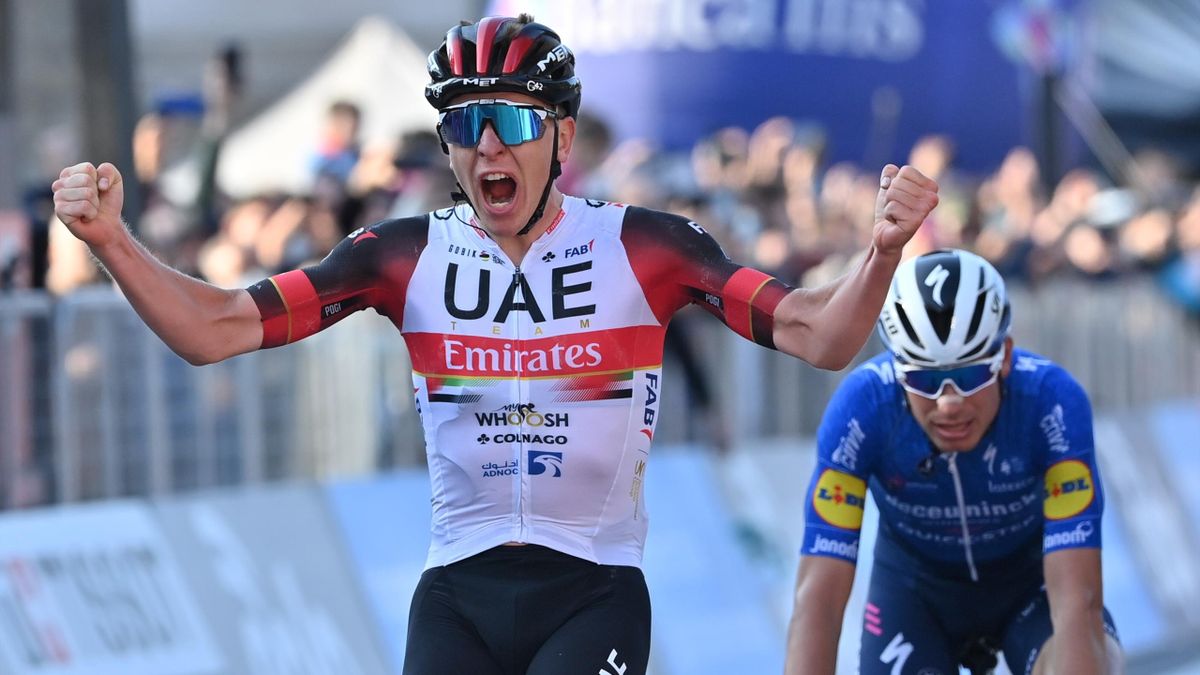 Defending champion and runaway leader of the Tour de France, Tadej Pogacar, can thump his rivals again on Saturday on the decisive individual time-trial through the Bordeaux vineyards. The UAE Team leader from Slovenia laid the foundation for his title defense on the first time trial of this edition. Still, after he overturned a deficit on a final-day Chrono to win in 2020, he will be wary of any slips.

“The Tour de France ends on the final lap on the Champs-Elysees,” he said of the largely ceremonial run into Paris on Sunday. Saturday’s 20th stage over 30km stands between the 22-year-old and a second Tour de France triumph with three stage wins so far under his belt this time around.

Pogacar leads Danish surprise package Jonas Vingegaard of Jumbo by 5min 45sec, while in third is Ineos man Richard Carapaz, another six seconds back. “Let’s see how I wake up tomorrow,” Pogacar said after Friday’s run through the forests of the Landes. “I’ve done a recon of the route, and it’s a fast course, not very complicated,” he said in his usual calm, polite manner.

“I feel I can race very quickly. I don’t feel any pressure, to be honest, and feel I can race to my best,” he said. Pogacar will be the last man down the start ramp at Libourne at 17:19 local time (1519GMT), two minutes behind the Dane and four minutes behind the Ecuadorian. On top of this advantage, he also has a psychological edge, having finished a similar test on day five 27sec faster than Vingegaard and 1min 44sec ahead of Carapaz.

Every time he has been tested, in fact, Pogacar has triumphed with two massive mountain stage wins, sealed because of his trademark kick to accompany the shocking speed he produced to beat the time trial. Vinegar is also a strong time-trialist and may, unlike Pogacar, have been keeping his powder dry on stage five with his team leader Primoz Roglic at that time still in the reckoning.

“He knows how to judge his energy levels; it’s one of his strong points,” Vingegaard’s sports director Grischa Niermann told AFP of the shy man from remote North Jutland. The Jumbo man also put Pogacar under pressure on Mont Ventoux in the Alps when the Slovenian struggled in the heat. Saturday’s weather will be a sizzling 30 degrees with gusts of wind.

Vingegaard and Carapaz lost most of their time to Pogacar on a series of crashes that marred the opening week of the 21-day spectacular after the race started from France’s western tip on June 26. The opening day was usurped by a woman with a sign bringing down half the peloton, but on stage three, both Jumbo and Ineos lost crucial time with falls taking out Geraint Thomas and Roglic.

The three have kept close tabs on each other through the Alps and Pyrenees, but Pogacar has shown he is faster in the time trials and a master rider by avoiding falls when others have hit the tarmac. “When I cross the finish lie in Paris, you can say I’ve won,” Pogacar said Friday. French team boss Marc Madiot sees it differently. “You’re dreaming if you think Pogacar hasn’t already won,” said the Frenchman.