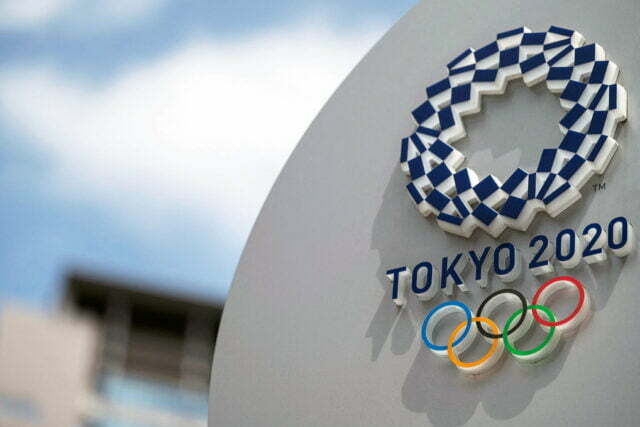 Dutch women looking to salvage Games after road race chaos. Women get underway at 3.30am, the last rider starts at 4.06am. Italy hoping to win the first medal in the men’s Olympic time trial. Ganna faces a stern test from Van Aert, Küng, Dennis et al. Men start at 6am and the final competitor rolls off at 8.10am

Alena Amialiusik (Belarus), Anna Plichta (Poland), Ashleigh Moolman-Pasio (South Africa), Elisa Longo Borghini (Italy), Emma Norsgaard (Denmark), and Amber Neben (USA) are all out on the course as some of the big names in women’s cycling get their ‘race of truth’ underway. Neben, by the way, is 46. Norgaard, meanwhile, is wearing one of those odd-looking helmets that the Danish team pursuit squad used at last year’s track world championships; EF Education-Nippo riders often use them too.

Masorah Alizada is just spotted tackling the climb, and she does not look too comfortable as she battles with gravity, but quite frankly, who cares. She has overcome bigger obstacles than this.

Canada’s Canuel off to a fast start

Christine Majerus (Luxembourg), who has over 20 national road and time trial titles, has started her race, as has Mavi García (Spain), Leah Kirchmann (Canada), Lisa Klein (Germany), Juliette Labor (France), and Alena Amialiusik (Belarus). Anna Shackley was the fastest rider at the first time split on the first climb of the day, but the Briton was soon overhauled by Karol-Ann Canuel.

Spots of rain out on the course

Eri Yonamine, the six-time Japanese time trial champion, Sarah Gigante, a two-time Australian national time trial champion, and Omer Shapira (Israel), a multiple national champions, and Katrine Aalerud (Norway) have all rolled down the starting ramp. A few drops of rain out on the course may play a key role in how this race plays out if those spits and spots turn into something a little heavier.

As we saw at the men’s and women’s road races over the weekend, fans can watch the action from the stands lining the Fuji International Speedway circuit.

Shackley out on the road

Masorah Alizada is riding on the drops of her road bike instead of the specialist time trial machines that I imagine the rest of the 24-rider field will be using. Julie Van de Velde (Belgium) and Team GB rider Anna Shackley are also out on the course now. Shackley, incidentally, rides for trade team SD Worx and, aged 20, made her Olympic debut on Sunday in the women’s road race.

Masorah Alizada, the 25-year-old born in Afghanistan but fled to France after being threatened by the Taliban for having the temerity to ride a bicycle, has got her race underway. Nobody is especially expecting the rider competing for the IOC Refugee Olympic team to tear up any trees here. Still, she is doing something much more important than that today, as she explained when her participation in the Tokyo Games was confirmed.

“For my country, I think that I am the only girl who is going to take part in the Olympic Games in cycling,” she said. “I want to show all the men who thought that cycling isn’t a women’s thing that I have made it all the way through to the Olympics. And if I can do it, any woman who wants to be involved in cycling can do it, from any country, like Afghanistan. It’s quite simply a passion; it’s our choice to wear any kind of clothing, whatever we feel comfortable in.”

What an inspirational young woman Masomah Alizada is for us all.

Hello, and welcome to our live rolling blog from the individual time trial races at the Tokyo Olympic Games, the men’s and women’s events on Japan’s Fuji International Speedway circuit.

The first race of the day, the 22.1-kilometer women’s time trial, gets underway at 3.30am (BST) when Masomah Alizada, the Afghanistan-born rider representing Azerbaijan, rolls down the starting ramp. The remaining 24 athletes will follow at 1min 30sec intervals with world champion Anna van der Breggen starting at 4.06am.

Following a short break when, presumably, the women’s medal ceremony will take place, the 44.2km men’s race starts at 6am when Ahmad Badreddin Wais of Syria kicks off proceedings, before 38 riders follow, again at 1min 30sec intervals, with Filippo Ganna, the time trial specialist who won the world title on home turf in Imola, Italy, last year, being the final competitor rolls down the ramp.

Both races will be contested on the same course; the difference is that the men’s time trial is twice as long as the women’s event. The competitors will know the route already, either from the pre-race reconnoiter rides or from the Olympic road races that featured the Fuji International Speedway circuit. The medals will be won later today.

Lumpy with around 420 meters of vertical elevation per circuit, but not mountainous. Twisty but not too technical, the course appears ideal for a powerhouse, but one that is not afraid to climb. Following their disappointment in the women’s road race, Annemiek van Vleuten and Van der Breggen will be hoping to restore a little bit of national pride following a chastening few days for the Dutch.

After underestimating Anna Kiesenhofer in the women’s road race, Mathieu van der Poel missed out in the mountain bike cross country when he crashed heavily on a rock drop section of the race that was eventually won by Team GB rider Tom Pidcock. Subsequently, a Dutch BMX rider crashed into an official during a training session on the course, while somewhat alarmingly was, reportedly, pulled from her time trial bike by a security worker during her and her team’s reconnoiter ride on Tuesday. It has not been the best of the Dutch, who have won just one medal from four events.

Despite being tipped as favorites by many, Van der Breggen and Van, Vleuten can expect a stern test from a strong-looking field of riders, including the 2019 world time trial champion Chloe Dygert. The American crashed during last year’s world championships in Imola and has raced just twice since when she won last month’s US national championships at Sunday’s road race, and so some have questioned her form. However, after being dropped and appearing out of contention in the road race, the 24-year-old clawed her way back, suggesting she may have the legs to take home gold.

Meanwhile, the men’s race will be fiercely contested, with Ganna hoping to add Olympic gold to the rainbow jersey he won on the Imola circuit in September last year. In a field that includes, among others, Wout van Aert (Belgium), Stefan Küng (Switzerland), Rémi Cavagna (France), Rohan Dennis (Australia), Primoz Roglic (Slovenia), Kasper As green (Denmark), and Geraint Thomas (Great Britain) it is no given that Ganna will become the first Italian to win the title or, indeed, their first medal of any color in the men’s event. Live coverage gets underway at 3.30am (BST).