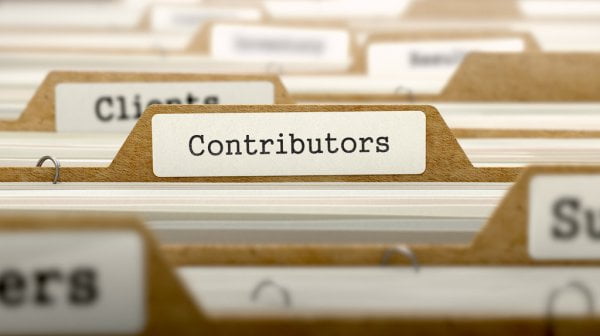 Managing the technical side of open-source projects is often hard enough, but throw in the inevitable conflicts between contributors, who are often very passionate about their contributions, and things get even more complex. One way to establish ground rules for open-source communities is the Contributor Covenant, created by Coraline Ada Ehmke back in 2014.

Like so many projects in the open-source world, the Contributor Covenant was also a passion project for Ehmke. Over the years, its first two iterations have been adopted by organizations like the CNCF, Creative Commons, Apple, Google, Microsoft, and the Linux project, in addition to hundreds of other projects.

Now, as work is starting on version 3.0, the Organization for Ethical Source (OES), of which Ehmke is a co-founder and executive director, will take over the stewardship of the project. “Contributor Covenant was the first document of its kind as code of conduct for open-source projects — and it was incredibly controversial and actually remains pretty controversial to this day,” Ehmke told me. The core of the document is a pledge to “make participation in our community a harassment-free experience for everyone, regardless of age, body size, visible or invisible disability, ethnicity, sex characteristics, gender identity and expression, level of experience, education, socio-economic status, nationality, personal appearance, race, caste, color, religion, or sexual identity and orientation,” and for contributors to act in ways that contribute to a diverse, open and welcoming community.

As Ehmke told me, one part that evolved throughout the last few years is the addition of enforcement guidelines to help community leaders determine the consequences when members violate the code of conduct.

“One of the things that I try to do in this work is when people criticize the work, even if they’re not arguing in good faith, I try to see if there’s something in there that could be used as constructive feedback, something actionable,” Ehmke said.

“A lot of the criticism for years for Contributor Covenant was people saying, ‘Oh, I’ll say one wrong thing and be permanently banned from our project, which is really grim and really unreasonable.’ I took from that that people are afraid of what consequences project leaders might impose on them for an infraction. Put that way, that’s kind of reasonable concern.”

Ehmke described bringing the Covenant to the OES as an “exit to the community,” similar to how companies will often bring their mature open-source projects under the umbrella of a foundation. She noted that the OES includes many members with expertise in community management and project governance, which they will bring to the project more formally.

“I’m still going to be involved with the evolution of Contributor Covenant, but it’s going to be developed under the working group model that the organization for ethical source has established,” she explained. For version 3.0, Ehmke hopes to turn the Covenant into what she described as more of a “toolkit” that will allow different communities to tailor it a bit more to their own goals and values (though still within the core ethical principles outlined by the OES).

“Microsoft’s adoption of Contributor Covenant represents our commitment to building healthy, diverse, and inclusive communities, as well as our intention to contribute and build together with others in the ecosystem,” said Emma Irwin, a program manager in Microsoft’s Open Source Program Office. “I am honored to bring this intention and my expertise to the OES’s Contributor Covenant 3.0 working group.”