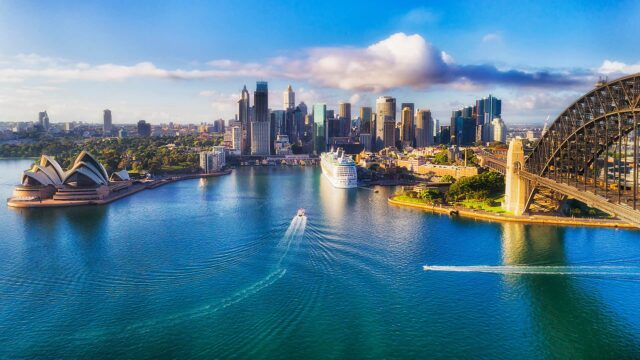 The federal Finance Minister has hinted that support is on the way for NSW as the state announces a further four-week lockdown. “Knowing this (lockdown extension) decision was likely to have to be made by the NSW government, we’ve been having discussions within the Morrison government about the type of additional support that may need to be provided,” senator Simon Birmingham told ABC on Wednesday.

Senator Birmingham said the support would be aimed at individuals, households, and businesses based in NSW to help them “get through” the lockdown, emphasizing the importance of the NSW economy “coming back strongly” after the lockdown ends. Prime Minister Scott Morrison is expected to stand up later on Wednesday to outline what will be in store for NSW.

Senator Birmingham told the ABC that Mr. Morrison had “lengthy discussions last night with Premier Berejiklian … looking at what else may be necessary due to the (lockdown extension)”. “The PM will have more to say on that later today,” Mr. Birmingham said. But Sydneysiders should not get their hopes up about the potential return of JobKeeper.

Despite public pleas from NSW Treasurer Dominic Perrottet for returning the JobKeeper scheme, Mr. Birmingham made it clear that it wasn’t in Mr. Morrison’s plans. When asked by the ABC whether JobKeeper would be returning, Mr. Birmingham responded with a firm “No.”

“JobKeeper was designed to work right across the whole Australian nation,” he said. “Now, under the Delta strain, we’re dealing with these localized lockdowns, and that’s why the Covid disaster payment can apply in those local settings.” The Party Games newsletter Get your political briefing from news.com.au’s political editor Samantha Maiden.