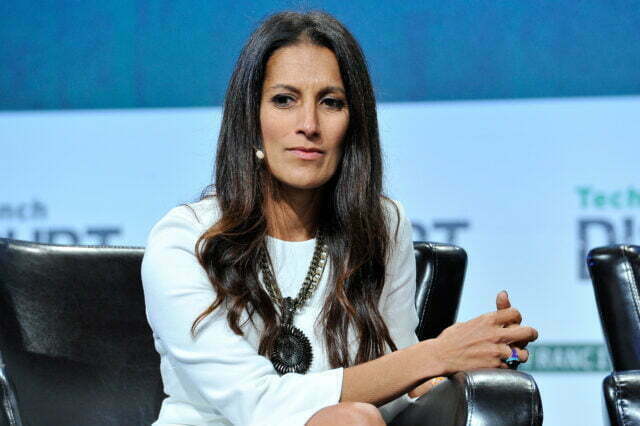 Sukhinder Singh Cassidy founded theBoardlist, a premium talent marketplace that helps diverse leaders discover board and executive opportunities. A technology executive and entrepreneur, board member, and investor, she has 25 years of experience founding and helping to scale companies, including Google, Amazon, and Yodlee. More posts by this contributor. Building A Diverse Board Makes Sense For Startups.

After listening to others pitch me a few different job opportunities while still at Google in 2008, I realized that I would make a better decision if I could fully explore the larger landscape of new companies emerging in Silicon Valley.

I had spent the last several years focusing on Google’s business outside the U.S., and I honestly felt out of touch with the startup world. Beyond my goal of becoming the CEO of my own company, I had two other ambitions: I wanted to help build an excellent consumer service that would delight people (potentially in e-commerce), and I wanted to make further wealth for myself and my family.

To better evaluate my options, I decided to quit Google first and find a way to study the broader ecosystem of companies before choosing where to go. Resolved to give me a “blank slate” before making a final choice, I left Google when I was three months pregnant and joined Accel Partners, a top Silicon Valley venture capital firm and an investor in my previous startup, in a temporary role as CEO-in-residence.

In the months that followed, I helped Accel evaluate investment opportunities across a wide variety of digital sectors, with a particular focus on e-commerce, taking the opportunity to study those companies I might join or think of starting from scratch.

One of Accel’s key partners, Theresia Gouw, helped me brainstorm, joining my cadre of professional priests. We had known one another for over a decade (I initially met her as a young founder at Yodlee). We were at similar stages of our careers, so I knew she could identify personally with my career quandaries. Like me, Theresia was pregnant with her next child and at a similar life stage — yet another commonality.

While at Accel, I spent a disproportionate amount of time testing my macro thesis that online shopping was about to explode in new ways. I had seen the rise of e-tailers at Google (many of these companies, such as eBay and Amazon, were Google’s largest advertisers at the time), but many of the leading e-commerce sites like Amazon and Zappos still had a utilitarian feel to them.

Meanwhile, new fashion and décor e-commerce sites such as Rent the Runway, Gilt, Houzz, Wayfair, and One Kings Lane were popping up everywhere and proliferating. These sites sought to tap into a more aspirational and entertainment-oriented kind of shopping experience and move it online.

Expert investors like Accel and others were funding them, and my observations suggested that this area would yield another big wave of online consumer growth. These lifestyle categories of shopping also appealed to me personally; I was the target customer for many of them.

I started to work on an idea for a new e-commerce service, a luxury version of eBay while listening to the pitches of every e-commerce company that was looking for funding and talking to several that needed early-stage CEOs. I continued to listen to non-e-commerce pitches simply to give myself a point of reference for evaluating online shopping opportunities.

At Yodlee and Google, I had been lucky enough to work with brilliant and talented people who shared my values, and I wanted to do the same at my next venture.

I wanted to work with great investors, too. Fortunately, I had the ability either to work with Accel-funded companies, start my own, or leverage other investor relationships I’d developed. I spent time with multiple company founders to try to discern who they were as leaders, in addition to what they were working on.

By this point in my career, I had a pretty clear idea of my own superpowers and values, so I looked to find companies that could make the most of my unique gifts and whose founders or senior leaders had strengths complementary to mine.

Specifically, I hoped to join a company with a strong engineering and product management culture that needed a CEO with strategy, vision, business development, fundraising, and team-building expertise. Applying these criteria, I turned down several opportunities at companies whose founders had skill sets too similar to mine, reasoning that this overlap might lead to conflict if I ever became CEO.

Finally, I used my time at Accel to think long and hard about the risks I would take in becoming a startup CEO and whether I could afford to fail. My most significant risk by far was ego- and reputation-related. Mindful of how precarious early-stage startups are, I feared leaving a successful role as a global executive only to suffer a colossal and visible failure. But the more I thought about this, I faced this ego risk head-on and concluded that my reputation as an executive from Google would hopefully be strong enough to survive one failure if it came to that.

The personal risks of taking on a startup CEO role felt different but not greater than those associated with my job at Google. While I knew that serving as a first-time CEO while having another newborn at home (my son Kieran) would be immensely stressful, I would likely benefit from no longer traveling around the world for days and weeks on end and working across multiple times zones, as I had previously.

Last, I evaluated the financial risks of potential moves. Although my startup equity would have uncertain value for a long time, I judged this a risk worth taking, given how excited I’d feel to have more impact and responsibility as CEO. While I lost a sizeable financial package in choosing to leave Google and switching to a startup salary, I could pay the bills at home while digging into my savings only slightly. Under these conditions, I was prepared to make the leap.

In early 2010, almost a year after I left Google, I finally found the right opportunity and decided to join fashion technology startup Polyvore as its full-time CEO. A precursor to Pinterest, Polyvore was based on the idea that women could “clip” online images to digitally create fashion and décor idea boards that were instantly “shoppable.”

Millions of young women (including influencers) were already using the service and loved it. The founding team was led by a rock star engineer, Pasha Sadri, and three other product and technology folks he recruited from Yahoo and Google.

Pasha was known for his intelligence, and we had connected informally over the years for coffee, each time having great discussions about business strategy. In fact, Polyvore twice before had tried to recruit me to become its CEO, once when I was at Google and again when I departed that company in 2008.

I’d spent a productive afternoon with the founding team, helping them think through their business model back then. I also knew Peter Fenton, one of Silicon Valley’s most successful investors and a leading funder of the company. Peter was the one who first introduced me to Polyvore and who continued afterward to passively court me.

Having spent so much time exploring my options from multiple angles, I was now poised to make a great decision. I felt convinced that e-commerce was starting its next wave of growth and excited to be part of it.

Within that vision, Polyvore was among the companies best positioned to succeed, and I knew I could contribute in significant ways to building a service that would delight millions. I was impressed with the strengths of Polyvore’s founder and investors and anticipated that I would be able to complement their efforts nicely. Recognizing that my success as a startup CEO hinged on my relationships with the founder and board, I had also invested time to get to know them.

Meanwhile, I had faced my fear demons, taking a financial risk but negotiating my offer aggressively to account for downside scenarios I imagined and coming to grips with my ego risk. With all this work in place, I finally jumped. After managing a multibillion-dollar profit and loss and leading a 2,000-person team at Google, I became the newly minted CEO of a 10-person fashion startup in February 2010.

As we tee up the more critical choices in our careers, we all face crucial moments of decision. No choice we make will be perfect, and all the frameworks in the world won’t eliminate risk entirely. But we don’t need perfection or freedom from danger. We just need to take the next step.

By choosing thoughtfully, using all the tools at our disposal to maximize our upside and anticipate our downside, we can grasp the opportunities available to us while equipping ourselves to handle whatever challenges reality throws our way.