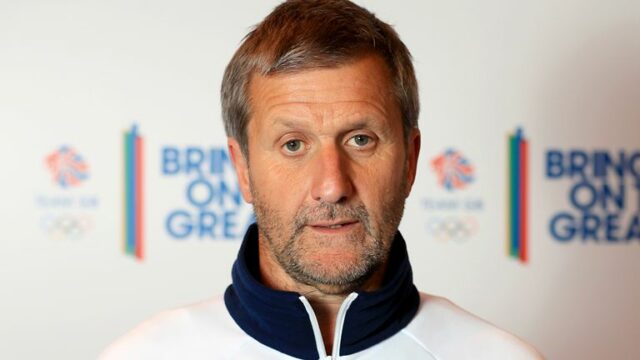 Shane Sutton last night told Dr Richard Freeman it was “time to tell the truth” about who he ordered banned drugs for and end the witch-hunt for a rider who may have doped before the 2012 Olympics.

Sutton, whose explosive testimony helped secure a bombshell verdict that the former British Cycling and Team Sky doctor had obtained testosterone “knowing or believing it was to be administered to an athlete to improve their athletic performance”, admitted the outcome of Dr Freeman’s medical tribunal would have “tainted” an unprecedented era of success in the minds of some.

Speaking to the Sunday Telegraph the day after that verdict was delivered, Sutton said: “I don’t believe the order was placed from the cycling perspective. Maybe the doctor was working outside cycling – I don’t know – but aI vouch for all the athletesI’ve worked with in the track programme in my time. “Hopefully, the doctor will speak up and then take away all doubts of anybody having any ideas that British Cycling’s achievements, Team Sky’s achievements, or whatever, have been tainted.

“The knights of the world that we have and the great achievers over the past decade or so within British cycling, they must be sitting there thinking this is such a shame, that people might carry them in a different light.

“We worked in a stringent program, was very strict on their policies at the time, as far as anti-doping was concerned. It saddens me, the whole affair.” Sutton said he had spoken to some of those he coached to Olympic glory following Friday’s verdict.

“They’re sad that people would see them in a bad light,” he said. “But I’ve assured them that you don’t know anyone until you’ve lived with them. And I’ve lived with all these athletes. “I would spend three months of my life in a room with Sir Chris Hoy, the Jason Queallys of this world, the Craig MacLeans, all the greats of the past, the Vicky Pendletons, the [Jess] Varnishes, we’d all go on training camps.

“When you live with people, you know what they’re doing; you know what they’re up to.” Sutton sensationally stormed out of Freeman’s medical tribunal in November 2019 after being interrogated over accusations the doctor had ordered the testosterone to treat an erectile problem suffered by his former colleague, who was also forced to deny he was a serial liar, a bully, and a doper.

He said: “The general public, I think, will see through this, and they will see it as just one individual acting alone here in some shape or form, whether it was inside or outside of cycling – and I’m pretty convinced it was outside of cycling.”

He added of the erectile-dysfunction allegation he had so angrily denied: “It’s not a crime. So, why would I lie about it?” Sutton also reflected on his own testimony against Freeman, who gave evidence from behind a screen after being deemed a vulnerable witness.

“I might have called the doctor spineless at the time because he wouldn’t come from behind the screen, but I had a great relationship [with him]. As I said, the bedside manner was impeccable. Yes, he had issues. We all had issues.” Freeman was last night still considering whether to accept Friday’s verdict or lodge an appeal.

Asked whether he would participate in a new hearing, Sutton said: “It depends on the questions asked. “If he appeals, he appeals. But, obviously, he’s going to have to stop telling lies.

“He’s openly admitted, and his defense team has also admitted that he lied. That doesn’t bode well for a future appeal, given the fact that he’s already recognized in the hearing that he’s lied on several occasions. “This is not a vendetta against the doctor. For me, he was a good bloke. I felt that I protected him as best as I could when I was leading the program at the time.

“I hold him in high esteem as far as a practicing doctor is concerned, and he’s got himself involved in something here – and I don’t know what it was – that he obviously shouldn’t have.”

He added: “I just think the whole thing’s been a shambles from day one in the respect that a man’s lied; he’s then openly admitted that he’s lied. Well, it’s now time, to tell the truth.”