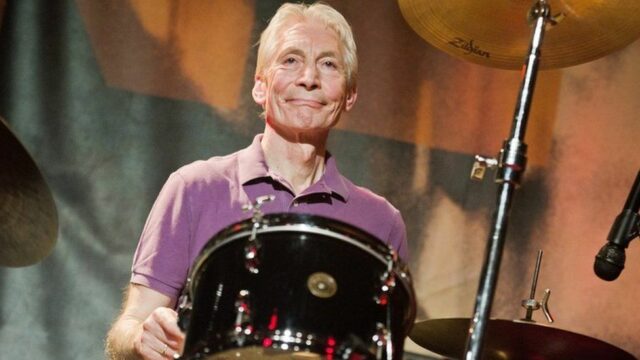 Drummer Charlie Watts, who died Tuesday, may have been the quietest of the Rolling Stones vanguard, but he usually said something interesting when he did speak. Even though Stones guitarist Keith Richards said, “Charlie Watts has always been the bed that I lie on musically” in his 2010 memoir, “Life,” Watts was always humble about his talent.

“One of the faults in my playing, I never learned to play. I learned by watching. I should have gone to school and learned how to do it. I should’ve gone to classes,” he said in 2008 in a video on the Rolling Stones YouTube channel. “I learned by watching the great drummers in London … and American players when they came over.”

He expressed frustration at never being as good as the best drummers he watched. “There’s so much to learn. You think you’ve cracked it, and you are all right, and you go to this little club in New Orleans, and (there’s) some guy nobody’s heard of except five of his mates who play in the band, and he’s a great little drummer.” 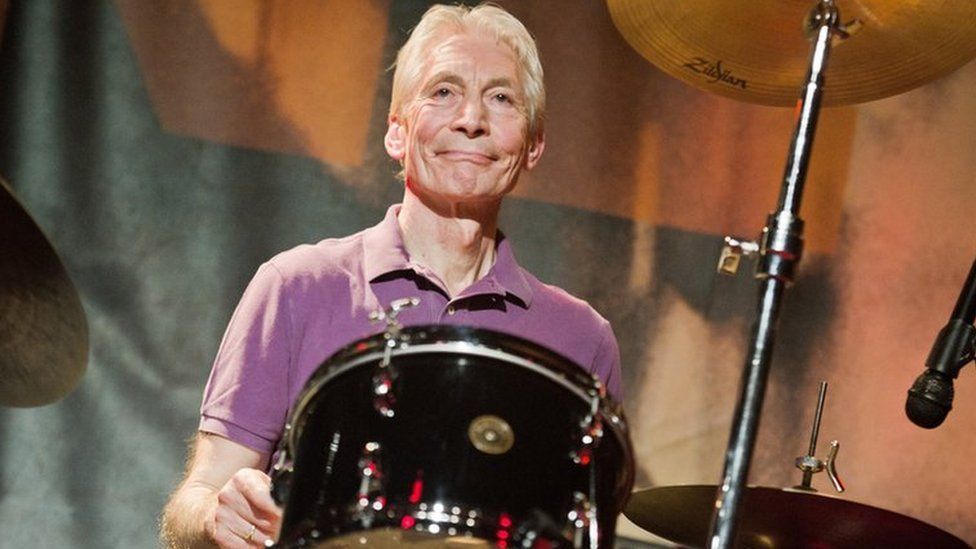 Rolling Stones drummer dies at 80:Playing the drums was all Charlie Watts ever wanted

‘One of the greatest’:Paul McCartney, Elton John, more mourn Rolling Stones’ Charlie Watts. Here are some of his best comments – and a few recollections about Watts from others – from various sources:

Article Summary show
Charlie Watts on being a drummer
On his own drumming
Watts: Center of the Stones’ groove
On drum solos
On the Glimmer Twins
On Mick Jagger
On-time he punched Mick Jagger.
On the Altamont concert, where a man was fatally stabbed as the Stones performed
On the Stones’ longevity
On touring
On preparing for tours
Onset design
On clothes and fashion
On shopping
On the press

Charlie Watts on being a drummer

“I wanted to play drums because I fell in love with the glitter and the lights, but it wasn’t about adulation. It was up there playing.”

On his own drumming

“I was always brought up under the theory the drummer was an accompanist,” he said on the YouTube video titled “If It Ain’t Got that Swing.”  “My thing whenever I play is to make it a dance sound. It doesn’t matter if it’s blues or whatever. It should swing and bounce.

Watts: Center of the Stones’ groove

Atlantic Records co-founder Ahmet Ertegun, who approved the deal to distribute Rolling Stones records, said Watts was the center of the Stones’ groove and “is one of the greatest drummers that I have ever heard,” in “According to The Rolling Stones,” a book released in 2003.

“The only other musicians I know who have had the same kind of feel as Charlie does are the great jazz drummers like Dave Tough, Big Sid Catlett, and Jo Jones,” he said. “It’s all a matter of having a sense of time, and Charlie Watts is one of the very, very few, if any, drummers in rock ‘n’ roll who really have that sense.”

“I don’t like drum solos,” Watts said. “I never take them. I admire some people who do them, but generally, I don’t like them. It’s not something I sit and listen to. I prefer drummers in the band playing with the band.”

On the Glimmer Twins

“I’m lucky to have been with these two (Mick Jagger and Keith Richards). There’s a magic about them that people like. They always argue, but they always love each other,” Watts said in the 1998 book “The Rolling Stones: A Life on the Road. “They know each other so well. When I say they argue, they don’t actually, but there’s always a difference of opinion. They’re two totally different people. One is meticulous and detailed, and the other is a complete bohemian. But they both have a direction for themselves, and they can both see whatever it is – I’m fortunate to be in there as part of that.”

“Mick is probably the best thing live on stage. He very rarely stands there and sings a song. He performs every song. James Brown was the same. He would sing immaculately and perform every song with a bit of show in the middle of it. Mick learned a lot of that of people like Brown – it’s from an old school.”

As Richards recalled, Jagger and he were drunk in Amsterdam and came back to the hotel early in the morning, and Jagger called Watts. “He said something on the phone like ‘Where’s my drummer?'” Richards said.

Later, there was a knock on the door, “and there’s Charlie, dressed in A Savile Row suit, tie, hair done, shaved, cologne. He walks across to Mick, grabs him, and says, ‘Never call me your drummer again.'” Then Watts hit Jagger with a right hook, said Richards, who tells the story in “According to the Rolling Stones” and his memoir.

Some recollections of the event have Watts adding, “You’re my (expletive) singer.” “The bottom line is, don’t annoy me. It’s not something I’m proud of doing, and if I hadn’t been drinking, I would never have done it,” Watts said.

On the Altamont concert, where a man was fatally stabbed as the Stones performed

The Hells Angels had been hired as security for the concert, which became the topic of the documentary “Gimme Shelter.”  “The stage was tiny by the time they had all these guys (the Angels) on there. It was awful – we couldn’t play. Mick just had no room to move,” Watts said.

“That guy pulled out a gun apparently,” he said. “I remember seeing him in the crowd, but I didn’t see the incident.  … It was a very frightening thing really: I just wanted to go home. It was like one of those lonely days that went all wrong.”

On the Stones’ longevity

“I love this band, but it doesn’t mean everything to me,” Watts told Rolling Stone magazine in 1981. “I always think this band is going to fold up all the time – I really do. I never thought it would last five minutes, but I figured I’d live that five minutes to the hilt because I love them. I don’t care if I retire now, but I don’t know what I’d do if I stopped doing this. I’d go mad.”

“I don’t actually like touring, and I don’t like living out of suitcases. I hate being away from home. I always do tours thinking they’re the last one, and at the end of them, I always leave the band. Because of what I do, I can’t play the drums at home, so to play the drums, I have to go on the road, and to go on the road, I have to leave home, and it’s like a terribly vicious circle. And it’s always been my life.

“In one way, stadiums are great because you can do that many people in one go and go home instead of a weeklong engagement at a conference center, which would be fine if you’re not doing it for a year. When you’re doing it for a year, night after night, it drives you up the bloody wall – it does me, anyway.”

On preparing for tours

“The only thing I worry about when I do the first show is whether my hands will hold up. And you hope you’ve rehearsed enough, not necessarily in terms of knowing how the songs go, but physically. That’s why, although they tend to be very boring – and (former Stones bassist) Bill (Wyman) used to hate them – long rehearsals are good because they’re like practice time. I mean, you can sit on the bed with some sticks, but nothing helps you when you’re physically playing with a band. If you stop, the whole bloody thing stops.”

“I used to draw for a living, as a designer for an advertising agency. When I joined the Stones, that’s what I did. … I find it all interesting … Mick is one of those people who never leaves anything to chance. Sound, costumes, lawyers, anything, he goes into it, not like me or Keith. … (The late longtime set designer) Mark Fisher will bring in a load of drawings, and Mick will say, ‘Oh, I think that’s horrible,’ and I’ll say, ‘That’s really great.’ The others aren’t interested – I think Keith would say, ‘I trust you to do that, you do it.'”

On clothes and fashion

Watts was always a snazzy dresser. He told GQ in 2012 that he owned more than 200 suites, many of which he still wore, “some from thirty years ago.” Watts said, “I always felt totally out of place with the Rolling Stones. Not as a person – they never made me feel like that. I just mean the way I looked. Photos of the band would come back – I’ll have a pair of shoes on, and they’ve got trainers (sneakers). I hate trainers, even if they’re fashionable. I mean, I like fashion because it pushes it and bends it around, but it takes a long while to get to this point – if you’re that interested in being at this point (laughs) where you understand what works for you.”

“Personally, I love shopping – there’s nothing nicer than having a couple of days off and a look around the shops,” he said.” “In the 60s, there was a lot of difference between places in the world, and now there isn’t. I mean the accommodation. And the shops – you don’t really get tailors anymore. There’s nothing worse than shopping malls. Voodoo Lounge (1994-1995) was my shopping mall tour, and I’ve never been to one since.”

“For years, I never talked to the press. Somebody asked me why I didn’t, and I said, ‘Well, I don’t really feel like talking. I don’t like it.’ I still don’t. I trust the others to say whatever they say on my behalf. They never say things I disagree with. I’m not very sociable. I’d rather be sitting listening to the radio.”