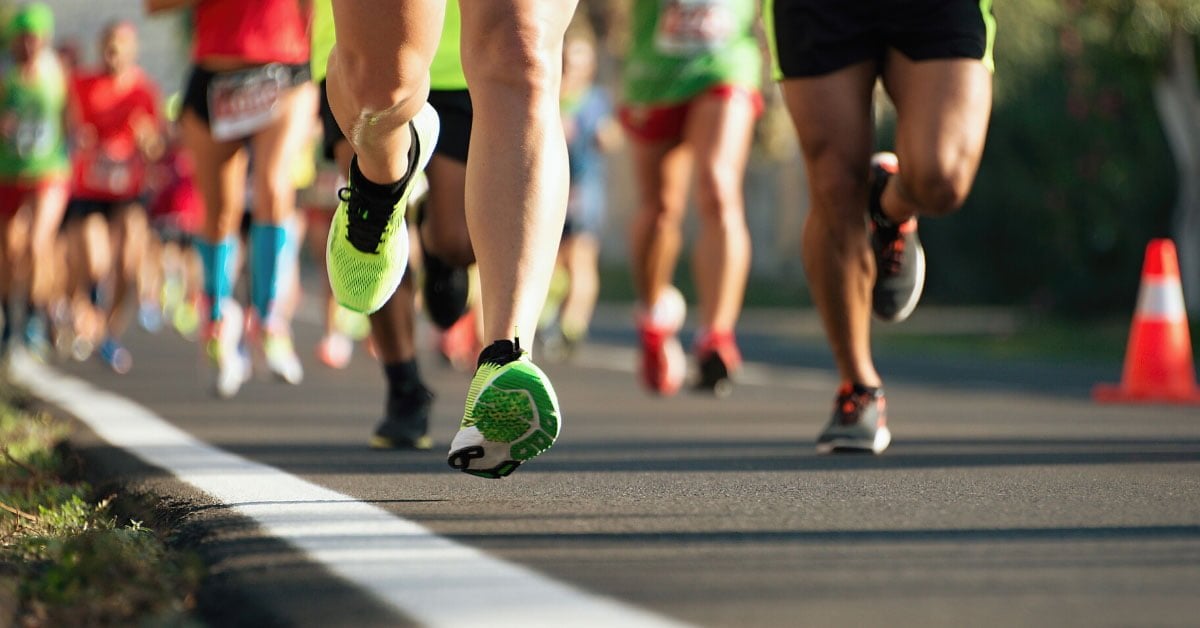 Sue Bird and Diana Taurasi have the chance to make history for both their team and themselves on the final day of the Tokyo Olympics. The U.S. plays Japan at 10:30 p.m. E.T. for a shot at its seventh consecutive gold medal and ninth in 12 games since women’s basketball debuted at the 1976 Olympics in Montreal. Should the Americans prevail, Bird and Taurasi would become the first basketball players ever – women or men – to win five Olympic golds.

Bird, 40, and Taurasi, 39, have been mainstays in international women’s basketball since early in their careers. The pair combined for 46 points, 37 assists, and 17 rebounds in their first four games in Tokyo, and Bird leads the team in assists.  During the preliminary round, the United States beat Japan 86-69 behind dominant performances by post players Brittney Griner and A’ja Wilson. The U.S. is on a 54-game Olympic winning streak after defeating Serbia in the semifinals. 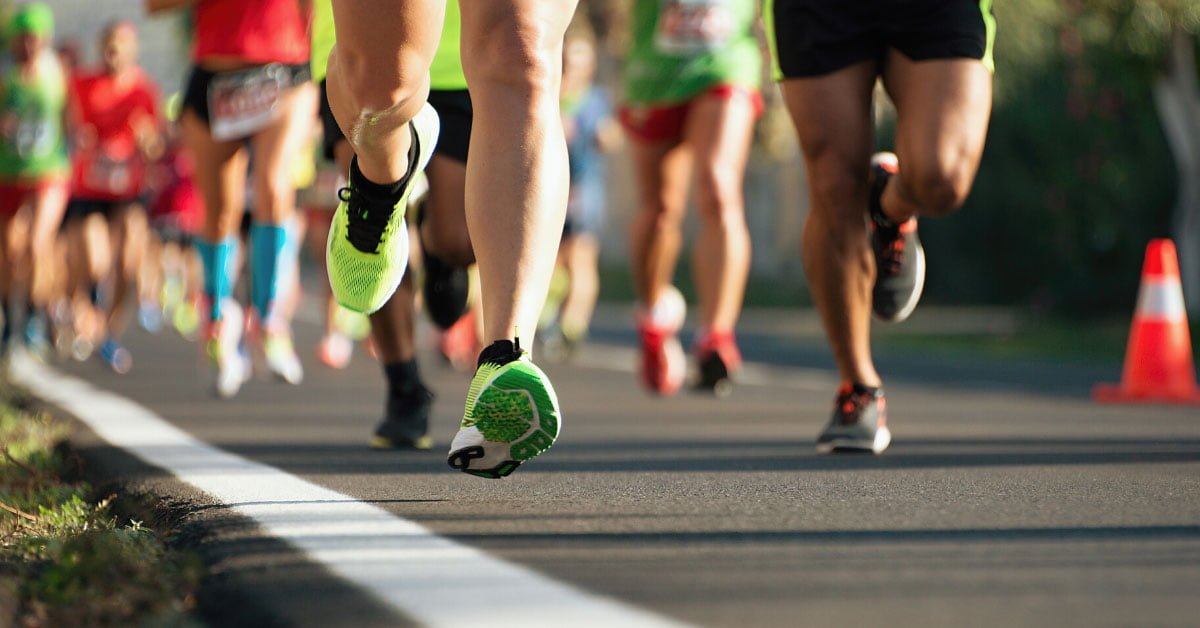 Summer Olympics prepare to shift to Paris in 2024

The closing ceremony for the Tokyo Olympics is still hours away, but the buzz is already starting for the next Summer Games in Paris in 2024. Several new sports were introduced in these Olympics, and there will be at least one event making its debut in Paris.

Breakdancing will join skateboarding, surfing, and sport climbing as International Olympic Committee officials attempt to attract a younger audience to the Games. Unfortunately for softball and baseball – which returned to the Olympics in Tokyo – and the new Olympic sport karate, the Paris Games will go on without those events, at least for now.

A new sport isn’t the only thing to look forward to in 2024. Paris has some pretty well-known landmarks, and fans of the Olympics should expect those sites to be incorporated into the 2024 Games. Imagine it: Beach volleyball at the Eiffel Tower, skateboarding at the Place de la Concorde, equestrian at the Chateau de Versailles. — Alyssa Hertel and Rachel Axon

While his USA basketball teammates were playing exhibition games in July, Jrue Holiday played for an NBA title with the Milwaukee Bucks.  Holiday and Khris Middleton, who also plays for Milwaukee, have joined an elite club to win an NBA title and Olympic gold in the same calendar year. They’re the first pair to accomplish the feat since Michael Jordan and Scottie Pippen won in 1992. Lebron James and Kyrie Irving have each earned both titles in the same year, too.

It was the United States’ fourth consecutive gold medal, and Holiday scored 11 points in about 30 minutes to boost the Americans to a win. Milwaukee’s win was its first NBA championship in franchise history.  He still doesn’t have bragging rights in his own house, though. That right goes to his wife, Lauren Holiday, a former USWNT player who won two Olympic golds and a World Cup.  — Chris Bumbaca

Kenyan Eliud Kipchoge became the first Olympic men’s marathon repeat champion in 40 years Sunday, winning in Sapporo on the final day of the Tokyo Games.  Kipchoge, 36, the marathon world record holder (2:01.39), bolted away from the lead pack just past 30K and breezed to a win in 2:08.38, more than a minute ahead of the rest of the field.

He is the first to win consecutive Olympic men’s marathon titles since East Germany’s Waldemar Sierpinski at the 1976 and 1980 Games. Before that, Ethiopia’s Abebe Bikila won twice in a row in 1960 and 1964 in Tokyo. In a competitive finish for the remaining two medals, Abdi Nageeye of the Netherlands won in a kick for silver over Belgium’s Bashir Abdi (bronze) and Kenya’s Lawrence Cherono.

Galen Rupp, a four-time U.S. Olympian, was the top American finisher, taking eighth in 2:11.41. Rupp was the marathon bronze medalist at the 2016 Olympics and a 10,000-meter silver medalist at London in 2012. The lead pack went through the midway point in 1:05 with Stephen Mokoka of South Africa leading.

The marathons and distance walking events were held in Sapporo, the site of the 1972 Winter Olympics, instead of Tokyo, hoping for more moderate temperatures.  But it was hot enough Saturday for the women’s marathon time to be pushed up an hour. The men began their 26.2-mile trek at the regularly scheduled 7 a.m. start time with overcast skies, the temperature at 79, and 78 percent humidity. In Tokyo, at the same time, there was heavy rain. — Jeff Metcalfe

Molly Seidel may have finished with bronze in the women’s marathon – making her the highest placing American in the race and only the third American woman ever to medal in an Olympic marathon. But American Aliphine Tuliamuk won in other ways, despite not finishing the event.

Tuliamuk, who placed first at the U.S. Olympic trials, was forced to drop out of the Tokyo women’s marathon because of a hip injury that had been bothering the runner for weeks. That was okay for Tuliamuk, though, who was greeted by her husband and daughter, Zoe, on the side of the course.

The 32-year-old mother was allowed to bring her child to Tokyo because she was still nursing; Zoe was only born in January. Tuliamuk appealed to the Olympic Committee to change their stance on not allowing the family to travel to the Games.

Tuliamuk joins a handful of other mothers in the Olympics. Track star Allyson Felix and her adorable daughter took the world by storm when Cammy joined her mom on the track in Eugene, Oregon. — Alyssa Hertel

Standing – literally – between U.S. boxer Richard Torrez Jr. and a gold medal will be a competitor the 22-year-old has a history with.  In 2019, Bakhodir Jalolov of Uzbekistan knocked Torrez unconscious for over a minute and a half before removing him from the ring. The knockout at the AIBA World Championship went viral on YouTube with almost a million views. It’s a moment  USA Boxing coach Bill Walsh said Torrez was embarrassed by.

Torrez will have a chance to avenge his loss against Jalolov in the super heavyweight boxing final, one of the last events of the Tokyo Olympics, Sunday at 2:15 a.m. E.T. While Torrez, the No. 3 seed, had an impressive semifinal performance, No. 1 Jalolov has also wowed.  — Josh Peter

Currently, No. 1 in the world, the United States women’s indoor volleyball team has a chance to win its first Olympic gold medal.  The U.S. plays Brazil – a very familiar nemesis – at 12:30 a.m. Sunday in the title match after sweeping Serbia 3-0 in the semifinals.

Since volleyball was added to the Olympics in 1964 – the first time Tokyo hosted the Summer Games – the U.S. has earned silver three times and bronze twice. In 2016, it finished third while Serbia took silver and China won gold in Rio.  Brazil has bested the U.S. in its two most recent gold-medal matches in 2008 and 2012, beating the Americans 3-1 in Beijing and London.

American middle blocker Foluke Akinradewo Gunderson, who sat out the United States’ 2016 semifinal with a knee injury, played her best-attacking match of the Olympic tournament against Serbia. This is the 33-year-olds third appearance at the Games, but first as a mother after birth in 2019. — Emily Leiker

Eliud Kipchoge will have a shot at defending his 2016 Rio Olympics marathon title when the men’s marathon begins at 6 p.m. E.T. Saturday.  Only two other men have successfully won back-to-back Olympic marathons. Ethiopia’s Abebe Bikila did so in 1960 and 1964, and East Germany’s Waldemar Cierpinski won in 1976 and 1980.

Kipchoge had claimed 10 consecutive marathon victories, including his Rio gold, in seven years before losing the 2020 London marathon. He’s the first man to break the two-hour mark in a marathon (in a non-open competition in 2019), but the world record that he holds – 2:01:39 – was set at the 2018 Berlin marathon.