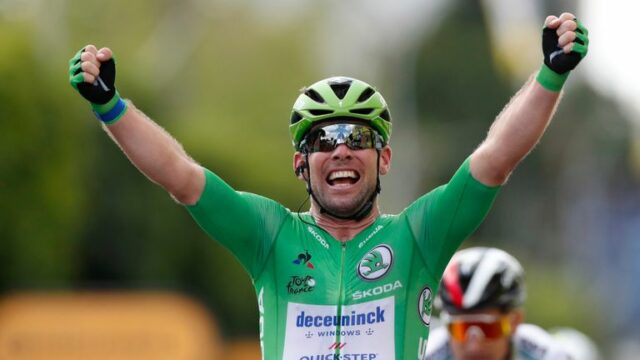 How did a 36-year-old without a team eight months ago, and without a win in almost three years, rediscover his mojo? Tom Cary explains how the love and support of his family, the faith of Patrick Lefevere, the firepower of Deceuninck-QuickStep’s famed ‘Wolfpack’, a new coach, and a new bike all helped to get the Manx Missile back on track.

While others may have lost faith in him, Cavendish never lost faith in himself. Even during the dark times, when he was at loggerheads with his teams, or nursing injuries, or battling mental health demons, he continued to insist – when asked – that he felt he could compete at the top level. He would say his training numbers were good; he just needed a clear run of fitness and races to build himself back up.

He continued to work incredibly hard to prove it, too, flogging himself on training camps near his house in Quarrata in Italy or hitting the turbo in lockdown. It speaks volumes for Cavendish’s self-belief and love for the sport that he never walked away because he certainly didn’t continue for the money. 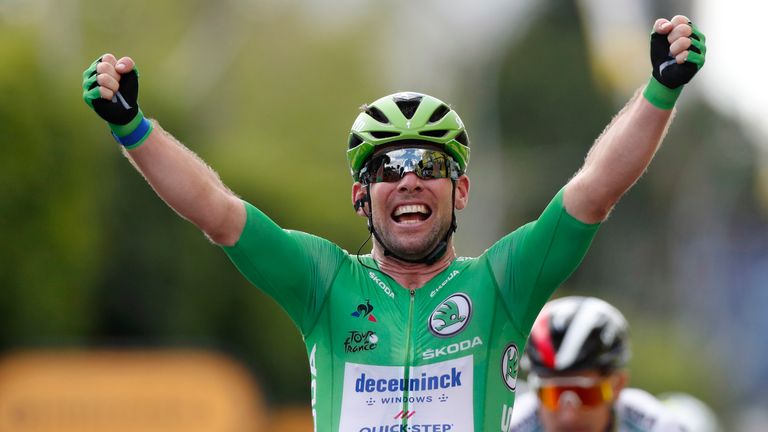 Arguably the most crucial factor, at least in terms of his mental health. Although Cavendish has extraordinary reserves of self-confidence, there were, of course, times when it wavered. He was diagnosed with clinical depression in August 2018, shortly after he was forced to abandon that year’s Tour after missing the time cut on stage 11 (little did he realize it at the time, but he was, in fact, still struggling with the effects of Epstein-Barr virus).

At these moments, the support of his family was crucial. Cavendish may show a spiky, sometimes even bolshy, side of himself to the world at times, but he is a doting dad and incredibly proud of his four children: Finnbarr, Delilah, Frey, and Casper.

Lockdown, while frustrating, was an opportunity to connect with them on a deeper level, and he clearly loved that, posting pictures of himself building model Power Rangers or sitting at the sewing machine “putting a hem into a DIY den for the kids”, or with the whole family doing PE with Joe Wicks.

After he won on Tuesday, a video his wife Peta sent him of his “cycling-obsessed” three-year-old Casper celebrating was like food for his soul. He was thrilled. Peta, he says, has been a rock during this time. “She has believed in me more than I have believed in myself at times,” Cavendish wrote in a Telegraph Sport column before the Tour started.

There is no chance this comeback would be happening were it not for Cavendish’s move to Deceuninck-QuickStep this year. Patrick Lefevere took a punt, offering the Briton a place on the team if he could bring a sponsor with him, which he duly did. “He gave me a chance when many in his position never would have, and I will never, ever forget that,” Cavendish says.

With the return to QuickStep, Cavendish once again became part of the famed ‘Wolfpack’. The Belgian squad has a reputation as the best classics/one-day/sprint team globally. It boasts an incredible roster of riders, including the current world champion Julian Alaphilippe, Belgian prodigy Remco Evenepoel, Tour of Flanders winner Kasper As green, and a host of other hitters. The winning mentality in that team must be infectious.

Cavendish has repeatedly said what an honor it is to be part of such a crack squad, to be led out by the likes of Alaphilippe, given his own aspirations in this race. Special mention must also be made of Michael Morkov, the Dane generally acknowledged to be the most OK lead-out man globally.

Now that Cavendish has shown himself to be the fastest sprinter out here, they, in turn, are showing more and more confidence in him. It’s a virtuous circle. The spirit has seeped back, allowing his legendary racecraft and instincts to come to the fore again. It has been like watching the old Cavendish this week.

New team, new start. This year, Cavendish has a new coach in the shape of ex-rider Vasilis Anastopoulos, about whom he has been very complimentary. They actually raced each other on the track almost 20 years ago, at Revolution Series meetings. “When we first met, within five to 10 minutes, there was a solid connection between us,” Anastopoulos told Cycling Weekly.

Cavendish, for his part, describes the Greek as “wicked, really chilled out”. Not too chilled out, though. A photo of Cavendish collapsed in a heap in the Athens velodrome, which the Manxman posted on his Instagram feed earlier this year, provides a clue about the kind of efforts Anastopoulos has him doing. Cavendish has often spoken about how training on the boards helps to hone the speed in his legs.

It was one of the reasons he gave for his four Tour stage wins for Dimension Data in 2016, having switched from Deceuninck-QuickStep the previous winter. In those days, QuickStep was somewhat less keen on their star sprinter spending time on the boards. They paid him to win road races, not help his Olympic aspirations. Clearly, they know what’s best for him now.

The final piece of the jigsaw. Cavendish has made no secret of the fact that he is happy to be back on a bike that “fits” him this year. He is riding a Specialized S-Works Tarmac SL7, fitted with Turbo Cotton clincher tires. Despite a couple of issues – his saddle rails snapping mid-stage on Tuesday and his chain falling off after his sprint on Thursday – he is clearly delighted with it.

Asked this week to explain his triumphant return, Cavendish thought for a moment. “You can call it excuse-making or passing the blame, but I knew the ingredients I needed,” he said. “I needed a team that functioned as a team, and I needed a bike that fitted me. I had neither of those things.”