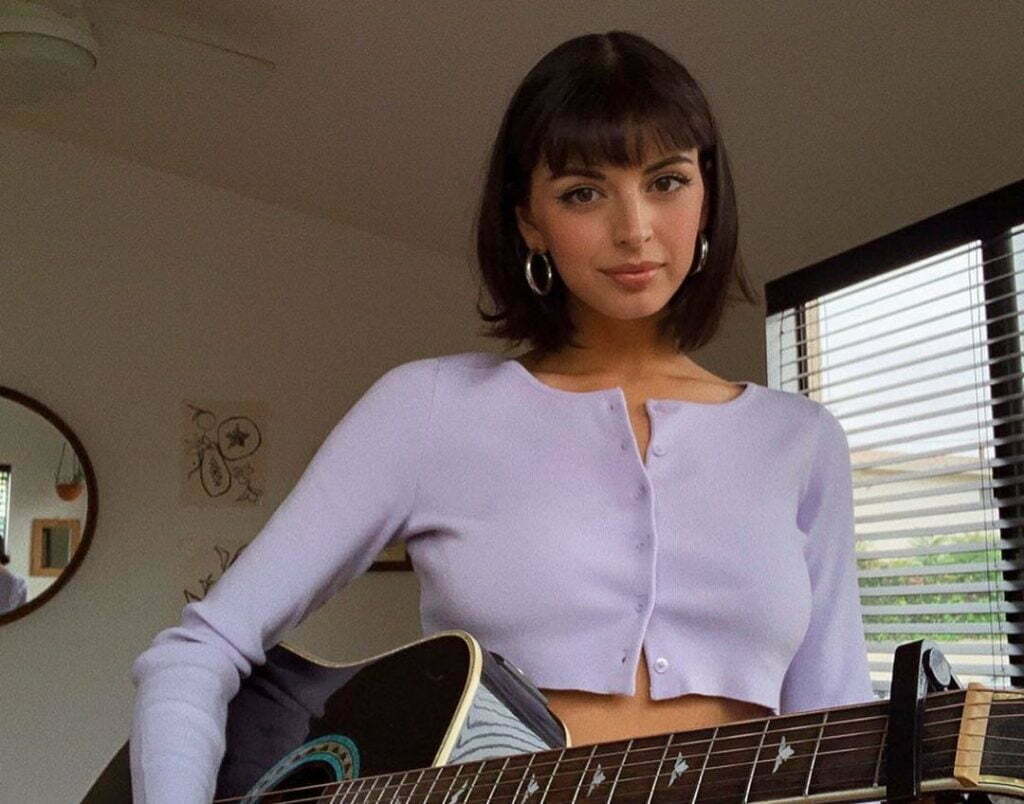 The Unwind is Yahoo Life’s well-being series in which experts, influencers, and celebrities share their approaches to wellness and mental health, from self-care rituals to setting healthy boundaries to the mantras that keep them afloat.

Rebecca Black is a name synonymous with viral internet fame, as the singer was thrust into the spotlight when the music video for her 2011 single “Friday” was mocked extensively throughout social media sites — an experience that made the then 13-year-old apprehensive about sharing parts of her life and her art with the public.

“Don’t share anything, don’t be too emotionally vulnerable, don’t put that out there,” she recalls telling herself, “because I had had this crazy experience in the past when I was doing something that was in its own way pretty vulnerable just as a kid and it really felt like it backfired.” But after overcoming one of the most notable examples of early cyberbullying and the impact that it can have on a teen, Black hasn’t shied away from creating her own supportive community online and sharing her life with them. Here, she shares with Yahoo Life that her social media platform even allowed her to come out as queer and has inspired new music that she calls “so authentically and loudly queer” in her recently released album Rebecca Black Was Here.

Was your experience with viral fame at such a young age a catalyst of your focus on mental health?

It kind of did immediately allow me to start trying to figure my mental health out and figure out ways to handle it. I didn’t do the best job because I had people in my life, like my mom and incredible people; it was such a unique experience. And I don’t think anybody knew exactly what to do there, as best as they tried.

So it wasn’t until I was 18 and on my own and living independently that I finally started figuring out how to actually give myself tools to make significant changes in my mental health and even understand what all of that means. As a kid, it feels impossible. I was just intaking so much information from other people and how other people saw me and not having any version of my own ideas of life or myself to bounce off of, which was a lot to unpack when I started to get older.

How do you approach social media in a way that doesn’t hinder your mental health?

It’s tough. We’re all having our own battles with social media and all of that. I have had definitely my own ups and downs. I think what I have tried to find over the past couple of years is a balance of having a certain level of honesty online be freeing for me and helpful for other people, but also learning how to take time away and not become so invested in something that feels like it’s taking over your entire life. And this last year was an even more significant challenge because so much more of my time was spent online than usually in my pre-COVID life. But I think it’s just always trying to go back to that balance that has helped me.

Article Summary show
Why is authenticity online so important to you?
How do you feel seen?
What did your mom teach you about self-care?

Why is authenticity online so important to you?

Just people being able to share what is actually on their mind and not trying to perform so much or feel like they owe the internet anything at the same time has been really helpful for me. Honestly, it’s been more than helpful. It’s changed my life in so many other ways. Now being able to have a relationship with my audience in a way that I never had. I don’t know how I would have come out if I didn’t learn how to do that. And feeling like I have an audience of people who really support the things I help because they know what I keep and who I am. I finally learned how to be honest.

You’ve partnered with Planned Parenthood on a “Be Seen” campaign. What does being seen mean to you?

I think it is a phrase that carries so much meaning to it. One thing I’m really proud of my current generation for doing, which I am technically a part of Gen Z, is I think that they’re finally putting a real focus on how important it is not only to recognize that there are disenfranchised communities but how important it is to give that disenfranchised representation and to uplift them.

That is something that for me as someone who is part of the Latinx community with a Mexican immigrant mom and just as a young woman in the industry that I’m in, has been so important to me and has been a massive part in helping me find my confidence that I can’t even imagine what it is like for communities of people of color, young people of color, who are even more disenfranchised than what I’ve had to go through in my tiny little sliver.

How do you feel seen?

I’ve also always felt extremely seen by my mom. She always, always, always gave me a safe place where I felt like I could come to her with anything and there would be no judgment. She never gave me fear or an ultimatum of like, ‘If this ever happens, you’re in trouble.’ It’s like let’s problem solve and let’s get you healthy and safe. And that was one of the most impactful things and experiences I’ve ever had with my mom because it made discovering my queerness and sexuality something that I never felt like I had to hide and therefore put myself in a dangerous situation.

What did your mom teach you about self-care?

My mom always did her best to support me in whatever ways that she could emotionally, always being there for me. But at the same time, I think what was really, really important and what really helped me was that she gave me a lot of independence and allowed me to experience things for myself. So when I did kind of go off and get into trickier situations growing up, as we all do, she allowed me to fail and fail in ways that she knew that I could pick myself back up from, and then always offered support and help. And that was just huge.

There are obviously ways of self-care, like, bubble baths and therapy, which is a basic of self-care. But I think finding autonomy in yourself and figuring out how to take the lessons you’ve learned from people who have helped you along the way, whether it be a parent or an important figure in your life or a book, and learning how to actually apply it to your life is the most effective form of self-care and the most complex version of all the work that everybody talks about. And that has helped me. This interview has been edited for length and clarity.