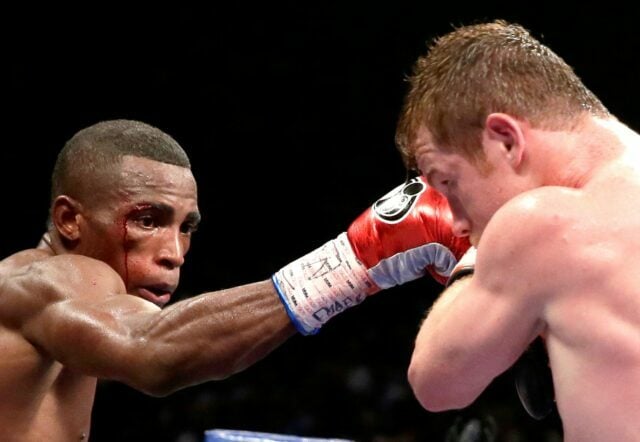 The president of the World Boxing Association (WBA) told Yahoo Sports on Monday that the sanctioning body expanded the number of world titles it offers due to financial strains caused by the coronavirus pandemic.

Gilbert Mendoza Jr. also disavowed racist tweets made by WBA judge Gloria Martinez Rizzo. Rizzo, among other things, referred to former first lady Michelle Obama as “monkey face.” Mendoza said he hadn’t seen the tweets until after the scoring controversy arose over Rizzo’s card in a fight on Saturday in Minneapolis.

She has since deleted her Twitter account. Mendoza said racist tweets “are never appropriate” but said he wanted to talk personally to Rizzo before making any further comment. He said he’d order a rematch of Saturday’s controversial welterweight title bout between Gabriel Maestre and Mykal Fox as well as to conduct a review of the scoring.

Rizzo’s score of 117-110 for Maestre ignited enormous controversy on social media. Judge John Mariano scored it 115-112 for Maestre, while David Singh was 114-113. Promoter Lou DiBella, a member of the International Boxing Hall of Fame, wrote on Twitter a day after the fight, “Incompetence of officials is a problem in boxing, but the robbery last night in #MaestreFox had nothing to do with Incompetence. It was purposeful, foreseeable, and emblematic of a corrupt, broken system.”

“I’m confused as you are,” Mendoza told Yahoo Sports. “I’m passionate about this sport. If you want to take that away from me, OK. I’m seeing all of this on social media saying I’m corrupt; they should file a RICO case, all this. I understand there is a lot of confusion and a lot of anger.

I’m going to start working on it. I said last week we’re going to try to reduce the number of titles [we offer] and make other changes. … But it’s difficult to see some of what people are saying.” The number of WBA championship belts has only grown in recent years. (Photo by Sarah Stier/Getty Images) 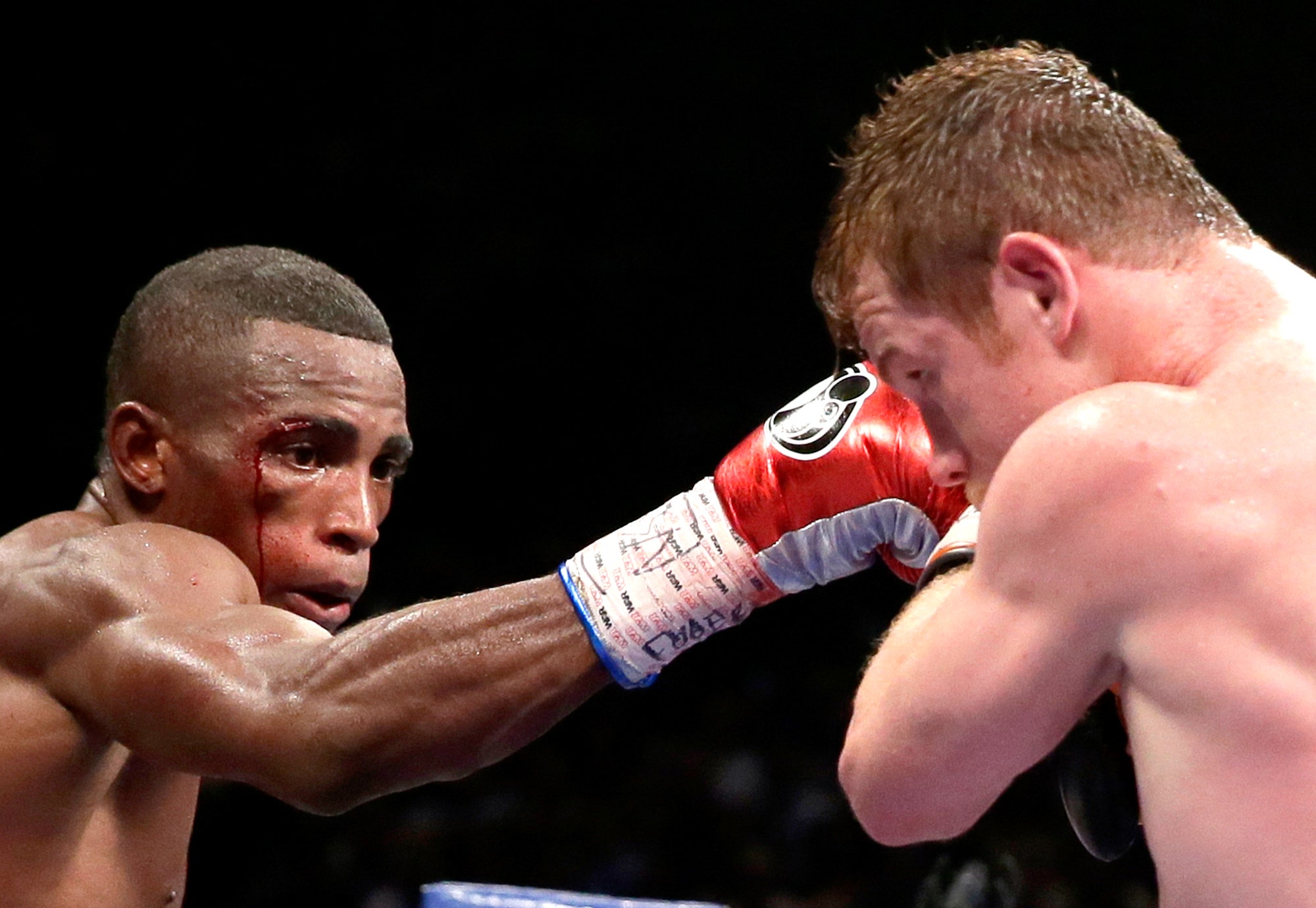 Sanctioning bodies have long been an issue, as well as a source of controversy in boxing. Unlike in mixed martial arts, where the promoter, such as the UFC, also serves as the de facto sanctioning body, that’s not the case in boxing.

In boxing, there are four notable titles: The IBF, the WBA, the WBC, and the WBO. If one boxer holds all four of them, they are referred to as the undisputed champion. If one fighter has two or three, they are a unified champion.

On Jan. 29, the WBA declared Pacquiao it’s champion in recess without giving him any advance notice or warning. Pacquiao had been the super WBA welterweight champion after beating Keith Thurman on July 20, 2019. This is hard to follow for the people in the sport, like those who manage or promote the fighters. Imagine what it must be like for fans who simply want to know the stakes of what they’re watching.

I told Mendoza one of the many ways that are causing fans to lose interest in boxing. Many watched the then-40-year-old Pacquiao defeat Thurman in a stunning performance but then lose his belt without any notification before the organization had even awarded it to him.

Imagine if an NFL team won a playoff game, but the following week the NFL ordered a new playoff game to be held. It turns it into chaos, and eventually, fans walk away from it. Mendoza said he gets that and sounded chastened as he said he’d try to be part of the solution and not the problem going forward.

Of course, he’s said that repeatedly in the past and taken no action. He’s only let it get worse. “I don’t neglect those comments,” Mendoza said when Yahoo Sports told him the WBA’s efforts were harming the integrity of the sport and turning away fans.

“I’m looking for ways always to improve the sport. Boxing is affected by a lot of things. I’m not going to say all of them, but the things you mentioned, yes, I agree. I apologize publicly to Manny for what happened. There was a plan regarding that situation that changed because of the pandemic.”

Yahoo Sports also challenged Mendoza on why Maestre, who entered Saturday’s bout with a 3-0 record, is even qualified to fight for a world title. He’s in a division with elite fighters like Pacquiao, Errol Spence Jr., Terence Crawford, Thurman, Shawn Porter, Jaron Ennis, and Ugas and qualifies for a title fight.

He was a good amateur, but he was nowhere near the caliber of Vasiliy Lomachenko, a two-time gold medalist who was 396-1 as an amateur. Lomachenko should be the exception, not the rule. But Maestre’s case isn’t the only one of the WBA doing that in the last year. On Aug. 8, 2020, on the same card, James won his belt at the Microsoft Theater in Los Angeles, 2-0; David Morrell won the interim WBA super-middleweight title.

Morrell was an excellent amateur, but beating Yendris Rodriguez Valdez in his pro debut and Quinton Rankin in his second fight should not qualify for a title fight, especially at 22 years old. But Mendoza laid some of the blame for that on the promoters and the TV networks.

“If a promoter comes to us and wants us to sanction a fight [for a title] if we don’t do it, you know they’re going to go to one of the other ones, and one of them will sanction it,” Mendoza said. “You know that promoters rules this sport. … And you can’t deny that the TV [networks] have the promoters in the bag. They want title fights.”

The TV networks should want compelling, competitive, evenly matched, and action-filled fights rather than title fights. If it happens to be for a title, the better.

Mendoza: Controversy is never going to go away entirely

Mendoza said the WBA planned to take a look at all of its actions and hoped to improve. He said he’ll announce a plan next week to vastly reduce the number of titles it awards. He said one of his ideas is to put eight-man tournaments together like what the World Boxing Super Series does to find a top contender to have that person fight its champion.

He admitted that the WBA began sanctioning more fights for titles last year because of financial issues brought on by the pandemic.

“I won’t lie to you, and yes, during the pandemic, we did that because it was a way to help us remain sustainable,” Mendoza said. “But there are a lot of things we do that people don’t see.”

One of those, he said, is the creation of a boxing academy in Medellin, Colombia, which is attempting to train new referees, judges, and trainers and create opportunities for boxers. (L-R) Manny Pacquiao, WBA president Gilberto Mendoza, and Keith Thurman pose for the media on May 21, 2019, in New York City. (Photo by J. Yim/Getty Images)

He said one way to eliminate controversies overscoring is by training and bringing in more and better judges. “Controversy is never going to go away entirely over [scoring] no matter if you have the three best judges in the world working every fight because everyone has their opinion of what they see,” he said. “But there are fights that, yes, deserve to be questioned. We want to make the sport better, and if we can bring in better trained and more knowledgeable judges and referees, that will help in that regard.”

State athletic commissions need to tighten their regulations regarding sanctioning organizations and be vigilant about holding them accountable. The Association of Boxing Commissions needs to be heard on the many cases of abuse not just by the WBA but by the other three organizations.

The sanctioning bodies need to fundamentally change how they operate, and, frankly, I’m hugely skeptical that they will. Despite Mendoza’s reasoned responses to difficult questions, we’ll probably be here again in six months, and a year, and 18 months.

The heads of all four sanctioning bodies need to understand that they’re shrinking the pie, and if they keep committing these atrocities upon the sport, the pie will eventually cease to exist. The WBA is the most egregious of all of them, though. And despite Mendoza’s vow, no one will believe him until serious, substantive action is taken. More from Yahoo Sports: