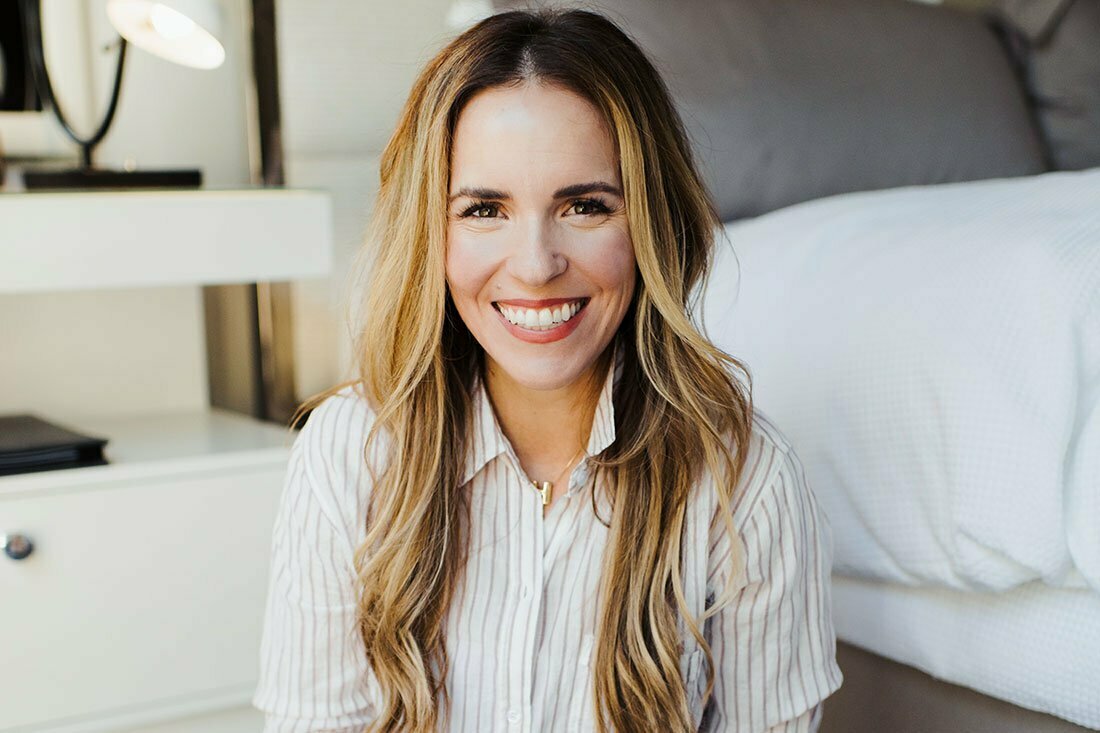 Rachel Hollis’s self-help book Girl, Stop Apologizing has sold millions of copies. Yet the author and influencer, who recently went viral for a problematic and tone-deaf TikTok, is not heeding her own advice following backlash.

In the short video, which was deleted yet, Hollis refers to a Livestream she had recently done in which she brought up the “sweet woman” who comes to her home twice a week to “clean the toilets.” This upset some commenters, who reached out and told Hollis she was “privileged AF” and “unrelatable.”

Rather than simply acknowledge her privilege, however, Hollis doubled down and not only called herself “unrelatable” but also invoked the names of other women she found “unrelatable” just like her, including Nobel Laureate and human rights advocate Malala Yousafzai and American abolitionist Harriet Tubman. They helped bring dozens of enslaved people to freedom via the Underground Railroad.

If comparing herself to women of color who overcame incredible odds wasn’t bad enough, Hollis issued an apology of sorts over on Instagram that only fanned the flames further against her (it too has since been deleted). “Was my post upsetting because I mentioned my cleaner?” she questioned, adding that she thought it would make her more “relatable” for fans to know she doesn’t achieve everything on her own and … missing the mark entirely. She also ends up putting more of the blame on her “team” than on herself, stating that they told her not to respond and allow it to blow over and admitting that they deleted specific comments.

She also wound up tagging best-selling author and speaker in the apology, which did not go over as she may have expected. Ajayi responded with several tweets, most notably and directly to Hollis, with, “Ma’am… why would you think it was a good idea?” And due to the tag, Ajayi has now been subjected to messages, as she puts it, somehow trying to blame her for not “educating” Hollis.

It’s not just Ajayi calling Hollis out, though. Many folks all across social media have since been buzzing with criticism over Hollis’ posts. “Rachel Hollis might be able to afford a housekeeper bc she ‘gets up at 4am and works her ass off every day’, but I can almost guarantee that housekeeper does the same thing – but for multiple houses, a day and they’ll never become a CEO,” Carly Button.

“Don’t let Rachel Hollis fool you with ‘I’m not trying to be relatable.’ After a year of intense public discourse on race, privilege, and systemic oppression, she chose to use her platform to peddle the myth of meritocracy and pander to her target market: whiteness and privilege,” wrote writer and podcaster.

“It’s no surprise that someone who preaches that we don’t need to apologize is not capable of an accountable apology, as opposed to this one that is full of straw-mans (the housekeeping, which is NOT the issue) and blame-shifting by throwing “her team” under the bus,” said author.

Award-winning media personality also did an Instagram live on the Hollis controversy. In it, said Hollis has “no right to use the word community, because the minute you say that you are not trying to be relatable, you have let go of your community. And by being ‘unrelatable,’ you have told your people, thank you for getting me to this point; I no longer need you. Goodbye. That is reckless behavior.” Like Ajayi, Gamble has also been on the receiving end of asking her not to “bash” Hollis.

Since then, Hollis has published yet another apology, wherein she acknowledges she’s caused “tremendous pain” and that she’s “diminished the struggles and hard work of many people.” She also goes on to buy her privilege, though not without a caveat about how she “grew up”—possibly a nod to her, whom she says picked cotton to support their family.

While this recent chapter in Hollis’ gaffes may soon come to a close, it certainly isn’t the first time the motivational speaker has been called out. In fact, most of her rise to fame has been littered with controversial moments.

Her first book, Girl, Wash Your Face, has for its pull-yourself-up-by-the-bootstraps and hustle-harder view, which exemplifies a lack of understanding. While working harder could be helpful in a world that values every individual the same, the fact remains that marginalized individuals have to work even harder to receive equal pay and opportunities afforded to white, able-bodied, cis-gendered, heterosexual individuals.

The same book has also been noted for fat-shaming and the general idea that you can simply, without acknowledging mental and physical health issues. These aren’t issues to be taken lightly, but rather ones that can perpetuate harmful stereotypes, causing more individuals to mistakenly believe that anyone who is “unhappy” or “unsuccessful” is only this way due to sheer laziness.

Hollis has also been accused of on social media, attributing them to herself versus rather than giving credit where credit is due — including one by . on as a guest for their podcast, which did not go over well with listeners who were quick to bring up the plagiarism issues, as well as her.

Hollis’s most recent book, Didn’t See That Coming, has also been panned due to its consistent messaging, which essentially places blame on individuals for any difficulties they may have, causing them to feel guilt, shame and to potentially shut others out. Worse still, this time, Hollis’s toxic positivity is geared toward individuals experiencing trauma.

But given the events of 2020, from the way the pandemic has hit BIPOC communities hardest to the Black Lives Matter movement addressing systemic racism and police brutality, readers this time around aren’t feeling Hollis’s advice on overcoming personal distress.

Hollis, who was born in the lower-income town of Weedpatch, Calif., may not have been taken into wealth. But she has undoubtedly had advantages not afforded to all people as a white, heterosexual, able-bodied, cis-gendered woman. She moved to Los Angeles after graduating high school and managed to work as director of new business development for The Walt Disney Company.

After they married in 2004, Hollis started her own event planning company. Internet searches and interviews don’t seem to explain how she managed to support herself or how she financed the venture, but it’s possible it wasn’t by simply pulling herself up by the bootstraps.

By 2017, Hollis and her husband banded together to form The Hollis Co.—and it was apparently lucrative enough for Dave to leave his Disney career behind him. And once the Hollis duo began their RISE conferences, it was even more lucrative — with going for anywhere from to, per person. And even with her recent divorce amid a worldwide pandemic, Hollis is still going forward with the. So when Hollis says she’s unrelatable, it might be time to believe her.

Want lifestyle and wellness news delivered to your inbox? Sign up here for Yahoo Life’s newsletter.