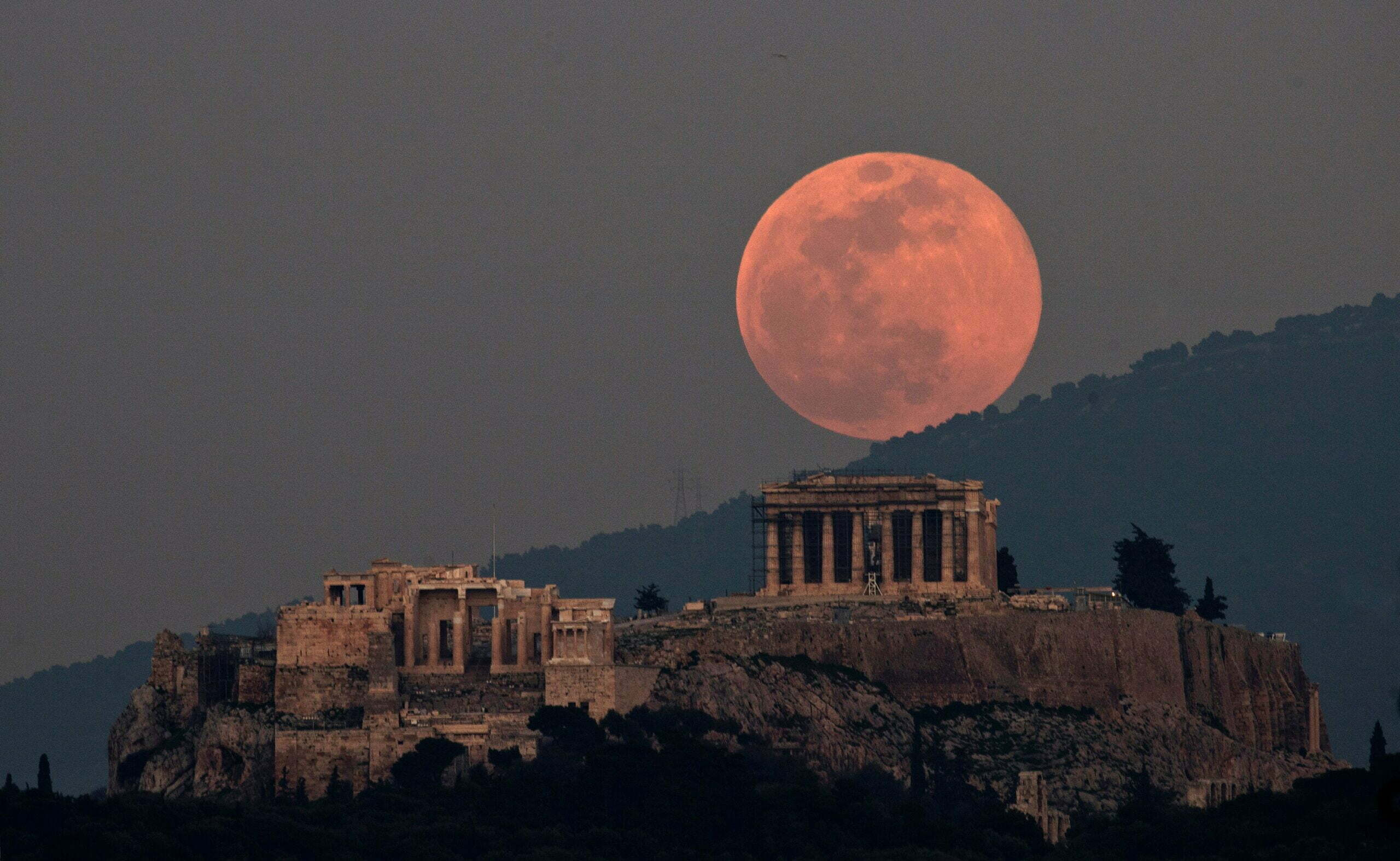 The sky was tickled ‘pink’ on Tuesday evening as a spectacular supermoon dazzled stargazers. Incredible images captured the ‘pink’ supermoon as it danced across the sky, reaching its closest point to earth and projecting a bright hue.

Despite its rosy color due to haze from backburning, the moon is named after a North American flower known as creeping phlox, which flowers in April, around the same time as the supermoon. It started rising about 5.30pm and appeared 17 percent bigger and 30 percent brighter than usual.

Skygazers watched the supermoon as it climbed over Sydney Harbour and vanished behind the Opera House. Photographers across the country had their cameras ready to take advantage of the favorable conditions across most states. Clear skies over much of NSW meant many residents had the perfect view to take in the astronomical event.

Though it was slightly cloudy in Brisbane. Sydney University astronomer Professor Tim Bedding said despite the moon’s large and rosy appearance, the planet’s size was an optical illusion. “There‘s another phenomenon which is quite pretty … when the moon is close to the horizon, it looks bigger because of the way the brain works,” he told NCA NewsWire.

“Many people often comment on this. If you are prepared to wait a few hours later this evening, you can see that it really is a powerful illusion.” The supermoon will stay in the sky for a few nights. Those who miss it will have another chance to take in the phenomenon when a second supermoon arrives on May 26, when a lunar eclipse is expected.

“Different publications use slightly different thresholds for deciding which full moons qualify as supermoons, but for 2021 all agree the two full moons in April and May are supermoons,” NASA’s Gordon Johnston said. The supermoon is likely to have an impact on the ocean, with slightly higher tides expected. It will also be significantly brighter for the next few days. The supermoon scheduled for May is a ‘blood moon’. It will be bright red and occur during a partial lunar eclipse.