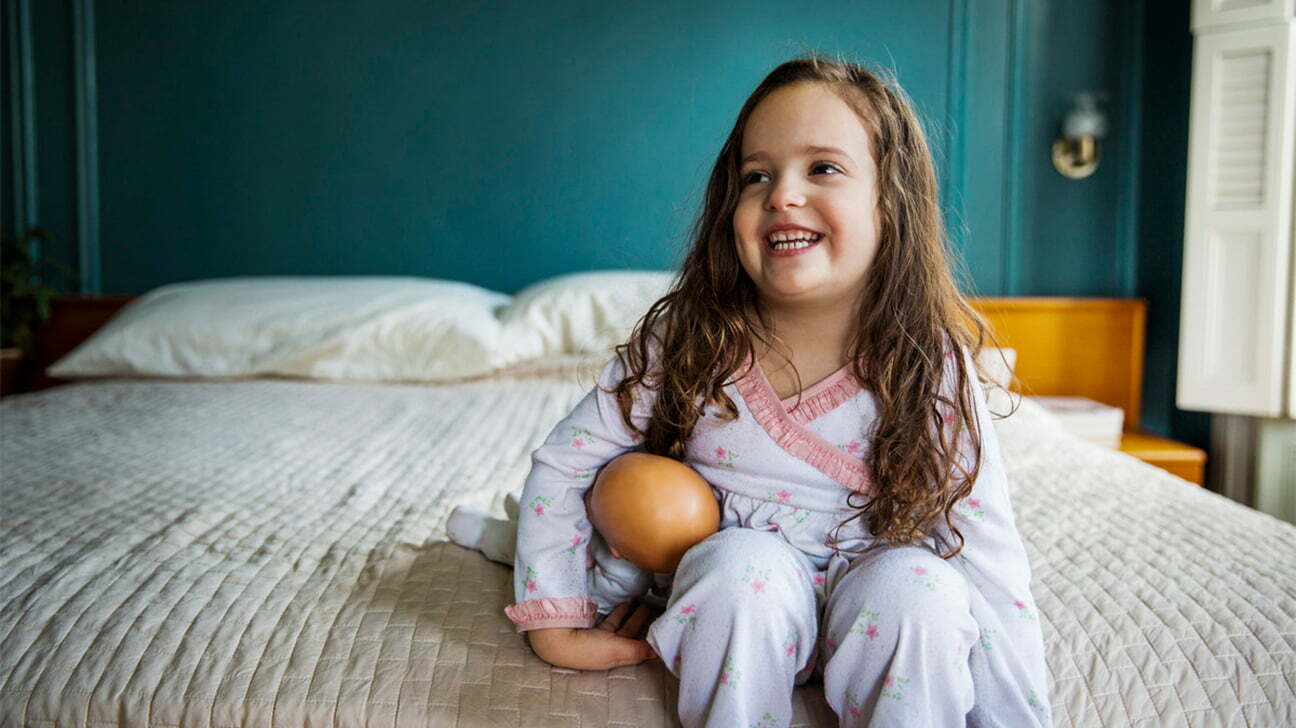 Heartbreaking images of children and families emerge from Kabul as the world reckons with the Taliban taking over Afghanistan. One particular photo of a child sleeping on the cargo floor of a U.S. Air Force C-17 made its rounds on social media Thursday morning.

The child was wearing the uniform of Airman First Class Nicolas Baron to keep warm during an evacuation flight from Kabul on Wednesday, according to the Department of Defense. The image of the child sleeping is a striking contrast to the chaos of crowds storming the tarmac at the Hamid Karzai International Airport on Monday, frantically trying to board flights.

Families and children continue to face uncertainty whether they stay in Kabul or evacuate after some fled to the city last week due to the Taliban taking over other parts of the country.

Robert Nickelsberg, who worked as a TIME magazine contract photographer for nearly 30 years and is the author of “Afghanistan: A Distant War,” explained to USA TODAY that photos of children in unstable environments, like Afghanistan, “is always a captivating subject.”  “If you’re going after kids or if the society can’t take care of its children, it’s another way of showing real need,” Nickelsberg said.

What is sharia law?: And how is the Taliban using it in Afghanistan?

A timeline: U.S. withdrawal and Taliban recapture of Afghanistan “Children are a common denominator throughout the world, universal. Whether this is in Burma, the Rohingyas, or Sudan,” he said.  He added that photojournalism is a “necessity” amid the shifting climate in Afghanistan.

“It’s a straightforward and simple way of showing need,” Nickelsberg said, “how people are without a defense.” Here are some of the most viral moments of children and families during the Taliban’s overtaking of Afghanistan: In a video, a child was lifted above the wall at Hamid Karzai International Airport to U.S. soldiers. The airport has made headlines worldwide for the frenzied scenes of people trying to evacuate the country.

A photo of an Afghan child sleeping on the floor of a cargo plane evacuating Kabul went viral on social media Thursday. The child was given a U.S. military uniform by Airman First Class Nicolas Baron to keep warm on the flight.  Reuters posted an image of a young child sleeping in a public park in Kabul after reporting he was displaced from northern provinces. Follow reporter Asha Gilbert @Coastalasha. Email: agilbert@usatoday.com.