Ramesh Kumar, a Pakistani lawmaker and leader of the Hindu community, talks to the media after hearing the Hindu temple attack case in Islamabad, Pakistan, Friday, Aug. 6, 2021. on Wednesday, a Muslim mob stormed a Hindu temple in a remote town in Pakistan’s eastern Punjab province, damaging statues and burning down the temple’s main door. The attack followed an alleged desecration of a madrassa, or religious school, by a Hindu boy earlier this week, police said. (AP Photo/Anjum Naveed)

Police arrested 50 people suspected of ransacking a Hindu temple in a remote town in eastern Pakistan and searched for another 100 suspects, police said Saturday. The attack on a temple in the village of Bhong in Punjab province Wednesday followed the alleged desecration of a religious school by a young Hindu boy earlier in the week. The unruly mob burned down the temple’s main door and damaged statues.

Muslims and Hindus generally live peacefully in predominantly Muslim Pakistan, but there have been attacks on Hindu temples recently. Most of Pakistan’s minority Hindus migrated to India in 1947 when India was divided by Britain’s government. Jam Ghaffar, the area police chief, said order was restored after deploying extra police and a paramilitary force, and police were looking for the remaining suspects. 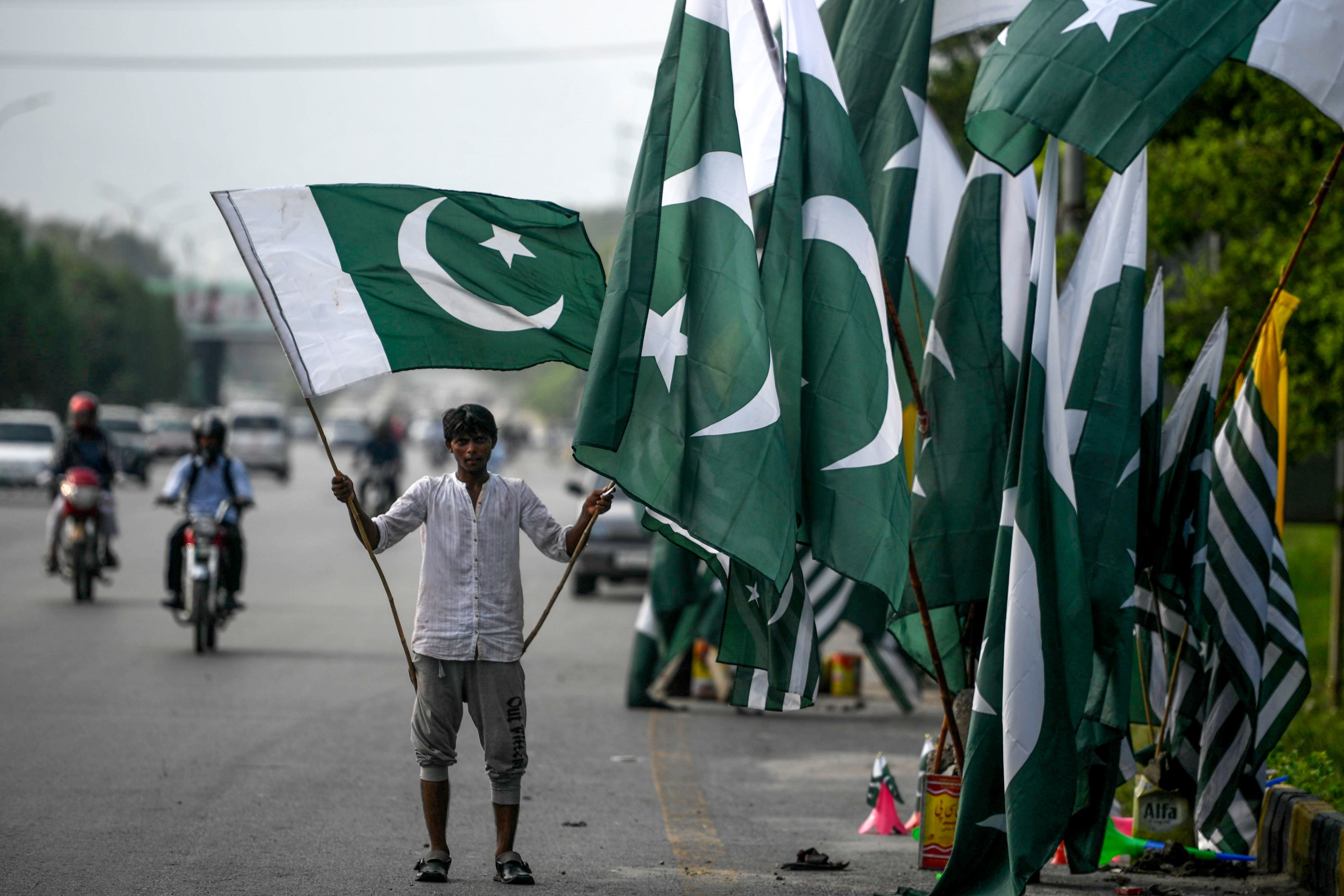 After the attack, Ramesh Kumar, a Hindu community leader, said that the initial slow response from the police had made the situation and the damages to the temple worse. The trouble in Bhong started after a court ruling that granted bail to an 8-year-old Hindu boy who was arrested for intentionally urinating on a carpet in a school library housing religious texts. The mob alleges the boy committed blasphemy, an act punishable by the death sentence in Pakistan.