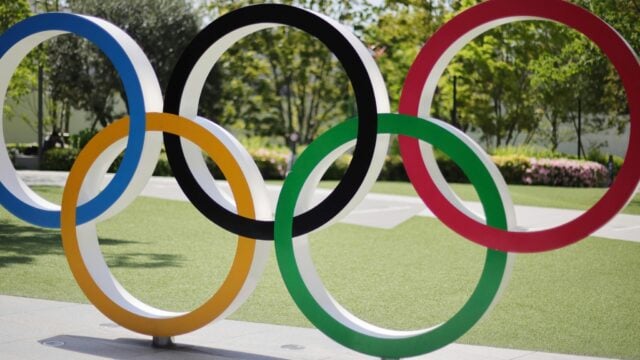 The Olympic road racecourse is the most challenging ever, but it could have been made for Simon and Adam Yates – GETTY IMAGES. It may have been a brilliant Tour de France for sprinter Mark Cavendish, who rolled back the years with four stage wins and the green jersey, but it was a hugely disappointing one for Great Britain’s Tokyo-bound riders.

Geraint Thomas, Tao Geoghegan Hart, and Simon Yates — three-quarters of the British team who will take on a brutal Mount Fuji road course this Saturday — all crashed, with none able to show his best form over the three weeks. HOWEVER, team GB’s elite men’s road coach Matt Brammeier believes there is every chance British fans could be celebrating a medal in Japan this weekend.

Speaking to Telegraph Sport from Tokyo this week, Brammeier said the course “might have been made” for the Yates twins. And he added that he did not believe anyone arriving in Japan from the Tour — the “special” Tadej Pogacar aside — would be capable of winning a race featuring almost 5,000m of vertical ascent and 70 percent humidity. “It’s hard,” Brammeier said of a route that takes the riders from Tokyo down to the lower slopes of Mt Fuji. “It’s really, really hard. It’s the hardest course I’ve ever seen. You’ve got the heat, the humidity. It’s a really long race, close to 250km. There’s 4,500m of climbing, and the hardest climb comes with 30km to go, right at the back end of the race.”

Brammeier’s prediction that the winner is likely to be someone who did not finish the Tour, race winner Pogacar aside, would rule out Wout van Aert, the Jumbo-Visma rider who became the first man since Bernard Hinault in 1979 to win a mountain stage, a time-trial and a sprint in the same Tour, and who is many pundits’ pick for victory in Tokyo.

“I think it’s too hard for him,” Brammeier said. “He’s going to need a three-minute gap to get over that [last] climb [and win]. I think a lot of people haven’t seen the course. That’s the only thing I can think of. “When you’ve actually been out here and seen it, it’s totally different to what people are thinking. We’ll see. Maybe he’ll prove us wrong. He’s an incredible rider, and he’s done some freaky stuff in the past, but I can’t see it.”

It would also rule out Thomas and Geoghegan Hart. The Ineos Grenadiers pair flew from Paris on Monday, having helped teammate Richard Carapaz to a third-place finish overall. But Thomas is mainly targeting next week’s time trial, and Geoghegan Hart’s role in Japan is “primarily to help look after the others lads”.

The Yates twins, though, are another matter. The 28-year-old Bury brothers have already een out in Tokyo for a while, acclimatizing to the heat and humidity. And Brammeier says they are both in good form and looking forward to a course that might have been tailor-made for them.

Simon had to abandon the Tour following a heavy crash in week two. But Brammeier reported that he was fully recovered now. “He went and had scans straight after the crash, and there’s nothing broken. He’s feeling really, really good now. So yeah, I think we got away lightly there.”

As for Adam, who took a very different approach to the other three and has not raced since Liège–Bastogne–Liège in April, Brammeier also sounded positive. “He’s had a light program. Obviously, he did a lot at the start of the year. And he could have done some more races, but he wanted to stay in Andorra at altitude. Again, he looks in good nick. He’s doing good numbers out there. So he’s got some confidence as well.

“Obviously, a lot can happen. And we’ll wait and see before we make any concrete plans. We’ve not even seen an official start list yet. But of course, Simon and Adam will be protected unless anything changes between now and then. “I think if those lads could have designed the course, it wouldn’t be too much different from what we have.”

Brammeier predicted the main race favorites would be the “usual suspects”. “For sure, Pogacar,” he said. “He’s in the form of his life, isn’t he? He’s special. Coming straight from the Tour, he’s the only guy I think who could do it. But otherwise, you’ve got [Primoz] Roglic. He’s been at home training, and he’s in good nick. He’ll be well-rested.

“[Jakob] Fuglsang hasn’t been going amazing, but he’ll be good. He always is in one-day races. [Alejandro] Valverde, [Vincenzo] Nibali… the Italians have got a good team. “But we’ve got some guys who could definitely win the race ourselves. I think it’s one of the most competitive teams we’ve ever fielded at an Olympic Games.”

Brammeier added that Thomas’s understated performance in Saturday’s penultimate daytime trial in Saint-Emilion was not a concern ahead of next Wednesday’s time trial. “I had a quick chat with G yesterday, and he just said he wanted an extra day’s recovery,” he said. “It’s swings and roundabouts. Do you go for one last hit out before the TT here, like van Aert? Or do you, as G did, take a recovery day? I’ve got confidence in him.” British cyclists braced for the ‘toughest Olympic road race ever.’

It has been billed as the toughest Olympic road race ever devised – nearly 250km long, taking in almost 5,000m of vertical ascent, and all ride in Japan’s intense heat and humidity in July. But Britain’s riders struck a defiant note as they weighed up the brutal test in store for them on the slopes of Mount Fuji on Saturday.

Geraint Thomas said he hoped it would be “third time lucky” for Team GB after his spill in Rio five years ago when he was handily placed, and Mark Cavendish’s bitter experience at London 2012 when rival teams refused to help Britain pull and they were unable to deliver the fastest sprinter in the world to a finish that was built for him.

Thomas was not actually part of the GB road team in 2012. The Welshman was busy winning his second successive team pursuit gold medal on the track that year. But he brought up Cavendish’s disappointment to illustrate how unpredictable road races can be, particularly Olympic and world road races where teams have qualified different sized squads.

“So much can happen,” Thomas said on Thursday. “Cav was the favorite back in London, and obviously, we saw what happened there. Rio, I was there in the mix and, unfortunately, crashed on the last corner of the descent, which put me out of it. Hopefully, it is third time lucky.”

Whether it will depend a lot on how Britain’s riders come out of the Tour de France. Three of Britain’s four-strong team – Thomas, Tao Geoghegan Hart, and Simon Yates, three grand tour winners – were at the Tour. All three crashed. Thomas and Geoghegan Hart in the first week. They were able to continue. Yates in the mid-week. The 28-year-old was forced to abandon.

Geraint Thomas crashed at the Tour de France but was able to continue – GETTY IMAGES.

That may prove a blessing in disguise as it allowed him to travel out to Tokyo at that point and meet up with his twin Adam, the only member of the British quartet who was not riding in France. The extra time to recover and acclimatize could prove invaluable with this course well suited to the Bury-born brothers, who are much racier than their reputations suggest.

The Parcours this year really are punishing. At 234km long, beginning in Musashinonomi Park in Tokyo and ending on the Fuji International Speedway, the distance is roughly equal to the longest stages covered by a modern Tour de France.

But when you factor in more than 4,865 meters of climbing, and the ambient conditions, with temperatures in the mid-30Cs and humidity at 70 or 80 percent, it is easy to see why the British team’s coach Matt Brammeier has described it as the “hardest course I’ve ever seen”.

Simon Yates claimed they had not yet “sussed” out tactics with their coach. He admitted, though, that he was feeling better after his crash and was more confident for having got to know the course so intimately in recent weeks, “especially the final part”: Mikuni Pass – 5km at an average gradient of 11.5 percent and ramps of 17 percent – and then Kagosaka Pass for a second time, before the final 20km, 15km of which will be descending. “That final climb will certainly decide it,” agreed Thomas, who recalled watching the Barcelona Games as a small boy with his parents and being “mesmerized” by it.

“You know there will be more people going out the back and maybe one or two clipping off the front. But there is still 10km of the flat after the final descent. “So a small group off the front with 20 seconds or so could easily stay away because the group behind might start looking at each other. There is so much that can happen, and that’s what makes the road race so good to watch.”.