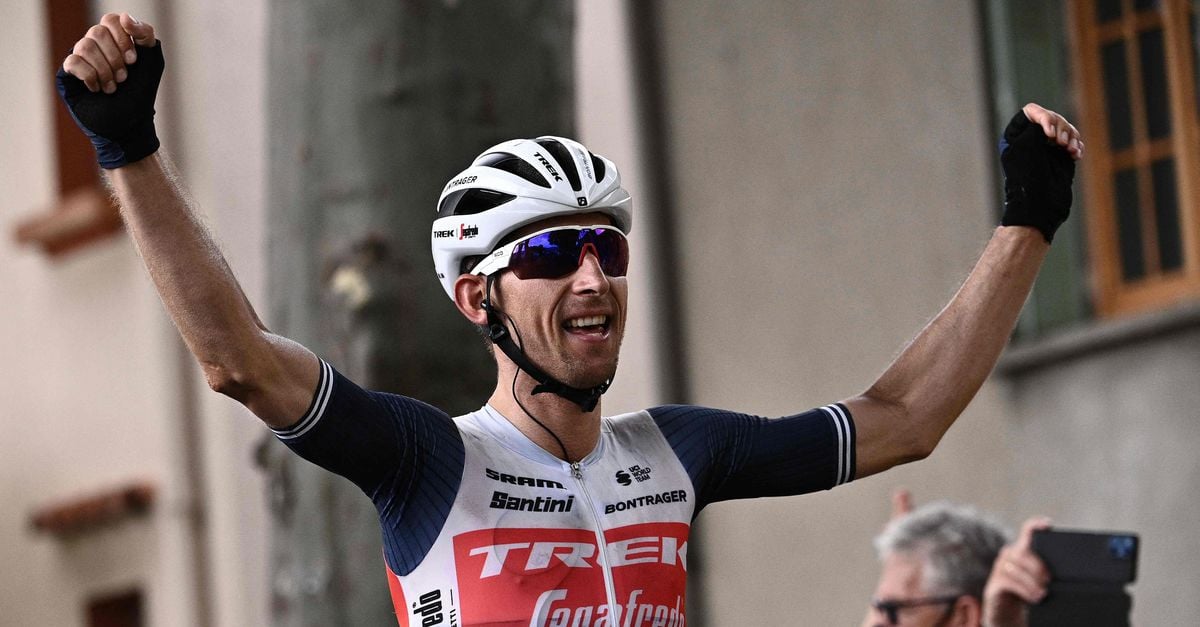 QUILLAN, France (AP) — Tadej Pogacar will head into the final week of the Tour de France with a commanding advantage to retain cycling’s elite title after he was unchallenged on the 14th stage won by Bauke Mollema on Saturday. Pogacar’s remaining rivals — all well behind in the standings — held off from attacking the defending champion during the hilly stage, setting up more severe tests in the Pyrenees.

Pogacar’s UAE Team Emirates stayed comfortable at or near the front of the peloton through the 184-kilometer (114-mile) trek from Carcassonne to Quillan in southern France, content to let the breakaway group dispute the stage victory.

The Slovenian holds a four-minute lead over Guillaume Martin. The French rider, who was in the breakaway group, moved from ninth overall to second. Rigoberto Uran, Jonas Vingegaard and Richard Carapaz are all more than five minutes off Pogacar’s pace.

Pogacar has kept the yellow jersey since he took control of the race on Stage 8 in the Alps. With 2020 runner-up Primoz Roglic and other potential contenders out of the race, Pogacar has had little trouble protecting his advantage in the general classification over the past week. Mollema, a rider for Trek, claimed his second career stage victory at the Tour when he broke away on the way down from the fourth of the day’s five climbs. Mollema’s other Tour stage win was in 2017.

Mollema set off on the windy descent through sheer gorges from the Cote de Galinagues. He quickly powered away to build an insurmountable lead and rode all along the final 42 kilometers up and down the category-two Col de Saint-Louis.

With no opponent insight, when he crossed the line in just over four hours, Mollema had time to raise his arms and soak up the applause. Patrick Konrad edged Sergio Higuita to finish second, over a minute behind.

“I was feeling good, so I thought, let’s go from far,” Mollema said. “I had the confidence I could ride alone and keep going for a long time. Normally I can pace myself really well. When I got to the top of the last climb with 50 seconds, I knew I could make it.”

On Sunday, the riders hit the Pyrenees with a 191-kilometer (118-mile) ride starting in Ceret and finishing in the tiny mountain-bound nation of Andorra. The Trek includes three category-one climbs. After a rest on Monday, the peloton will face three more days in the hills and mountains near the Spanish frontier. More AP sports: https://apnews.com/hub/apf-sports and https://twitter.com/AP_Sports