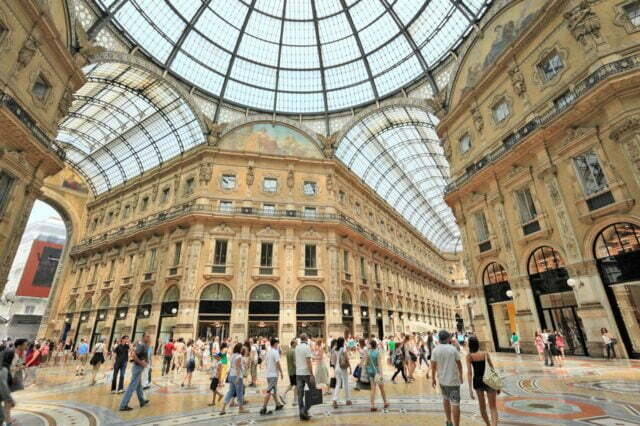 Depending upon your outlook, the current generation of cyclists is either the most exciting bunch of all time or extraterrestrial beings from another galaxy. The truth, one suspects, lies somewhere between both.

Assuming Mathieu van der Poel, Wout van Aert and Julian Alaphilippe, to name just three, are in fact made of flesh and blood, then we are living through quite extraordinary times. Indeed, throw in Tadej Pogacar, who was in imperious form at Tirreno-Adriatico, and a strong case could be argued that this is the greatest generation of cyclists of the post-war era.

Whether true or not — how does one quantify such outlandish claims? — one thing is sure: in 2021, this quartet alone has been at the heart of some of the most exciting, edge-of-the-seat racing in recent memory.

Signs were first on show on ‘opening weekend’ before the planets aligned at Strade Bianche when all four were in a stellar group at the front of the race and Tour de France winner Egan Bernal, rising stars Tom Pidcock and Quinn Simmons, and solitary interloper Michael Gogl. 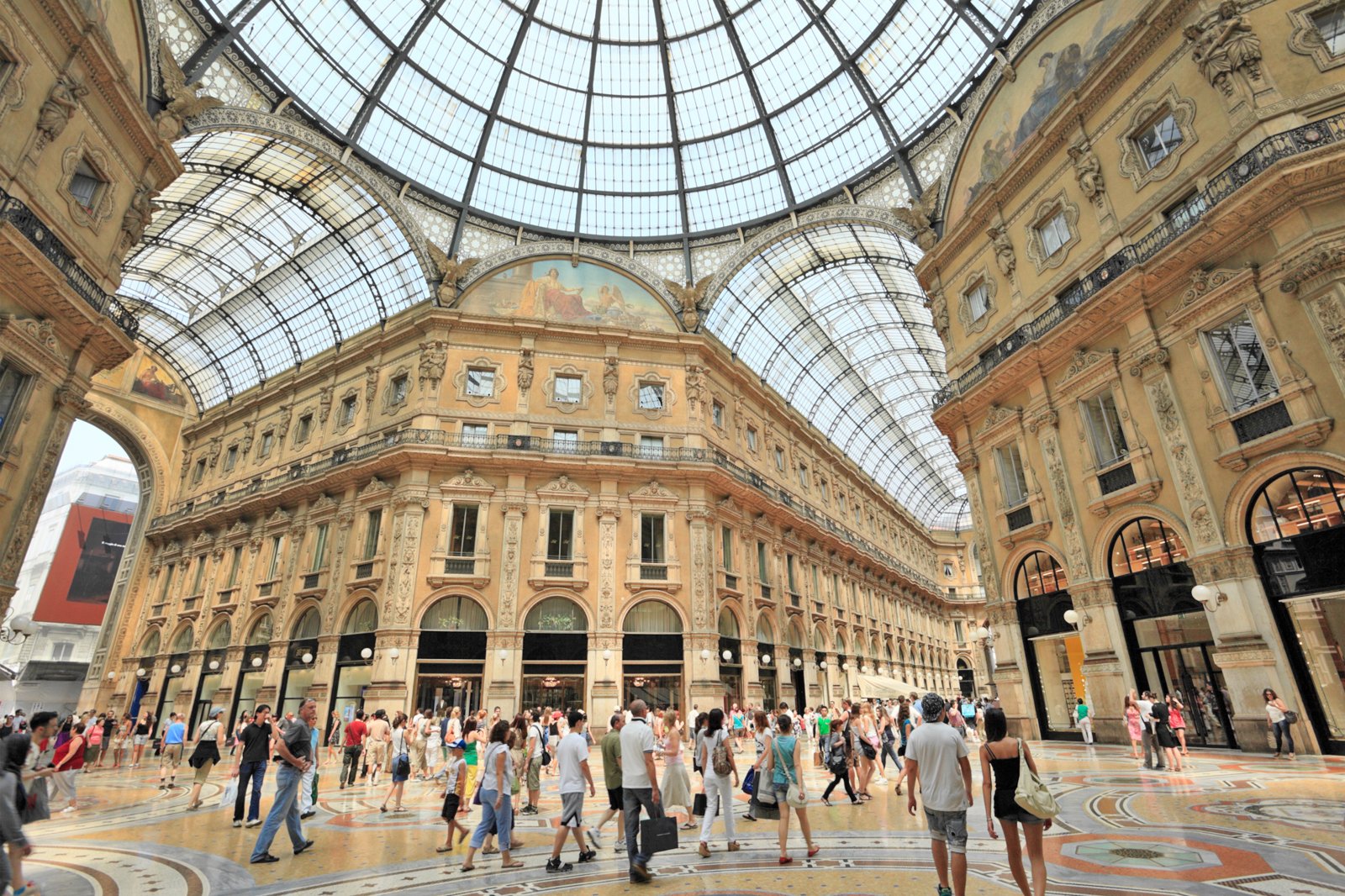 While much was made of Van der Poel’s quite impressive win in Siena having blown the race apart with two Herculean efforts (see below), the sliding doors moment of the race, generationally at least, though, came 50 kilometers from the finish when veteran classics man Greg Van Avermaet said arrivederci to any hopes he had of a podium finish.

Having looked sprightly, Van Avermaet drifted back from what had been the leading group, only to be eclipsed by Van der Poel et al., never to be seen again. The Belgian barely got a look in at Tirreno-Adriatico, as if he were riding in an entirely different atmosphere. He is starting to feel very much like yesterday’s man.

Sport can be cruel like that. Indeed, while several former winners will start Milan-Sanremo on Saturday, in line with recent cycling trends, the younger generation ise expected to take home the spoils from the year’s first monument.

Pogacar may have stood on the podium, clasping the trident awarded to the overall winner at Tirreno-Adriatico. Still, it is another trident — Van der Poel, Van Aert, and Alaphilippe — hoping to win Milan-Sanremo.

Over the last week, Van der Poel pulled off a solo stage win of the ages at Tirreno-Adriatico. Alaphilippe beat the Dutchman at his own game on an uphill finish. Van Aert brushed aside sprinters Caleb Ewan and Fernando Gaviria in his first road race of the year before also beating time trial specialists Stefan Küng and Filippo Ganna against the clock. Right now, it is difficult, nay impossible, to say who is the best of the trio.

Described as “The easiest race to finish, but the hardest to win” by former winner Mark Cavendish, the longest one-day race on the professional calendar may not be to some people’s taste. Still, la classicism — the classic — could just live up to its nickname if the stars align in Sanremo.

After his stage win, Van Aert said his thoughts would now move to Milan-Sanremo, where the Belgian will arrive as one of the pre-race favorites, alongside Mathieu van der Poel and Julian Alaphilippe.

“I’m thrilled with this victory, with almost all the best time trialists on the start line. It’s a perfect start to the season,” he said. “It was my first time aiming for GC [general classification] in a stage race, and I only got beaten by the Tour de France winner. I’ll try more of this in the future, but for now, I have the classics in my mind, starting with Milan-Sanremo.”

Pogacar, who sealed the general classification, having ridden consistently throughout the week and winning one stage, produced arguably the best ride of the day, finishing fourth just one second behind Ganna, who until Tuesday last failed to win in his specialist field in January of last year.

Meanwhile, Geraint Thomas (Ineos Grenadiers) was 28sec off the pace on the day. He finished 24th on general classification, over 17min down on Pogacar, which he hopes to challenge at the Tour de France this summer. Simon Yates (BikeExchange) was the highest placed Briton on general classification, finishing 10th at 7min 45sec, while first-year neo-pro Simon Carr (EF Educatio-Nippo) was 39th at 26min 17sec.

Mads Würtz Schmidt took the biggest win of his career on Monday when the Israel Start-up Nation rider won from a breakaway ahead of Brent Van More and Simone Velasco at the sixth stage Tirreno-Adriatico.

As the pace increased in the finale, Liepins was dropped before the remaining quintet challenged for the stage with Würtz Schmidt taking the honours ahead of Van More and Velasco to claim the first WorldTour win of the 26-year-old’s career and the second of the season for his team following Michael Woods’s stage at last month’s Tour du Haut Var.

Speaking seconds after the stage win, Würtz Schmidt said: “I am thrilled, after five years as a pro rider I’ve finally managed to win in the WordTour: it is incredible. I want to thank my team, we came into this event with a plan to race aggressively”

On a cold and wet afternoon in Ancona, Van der Poel (Alpecin-Fenix) attacked the leading riders in a short descent 60 kilometers from the end of the 205km stage from Castellalto to Castelfidardo before extending his advantage to around three minutes. While several riders struggled in the cold conditions, Van der Poel appeared unaffected.

However, after spending over an hour riding unshielded, the Dutchman’s powers started to wane in the final 15km as Pogacar went off in pursuit of him, leading to a nail-biting finale. Van der Poel, who is hoping to win the first monument of the season at Saturday’s Milan-Sanremo, held on before rolling over the line, exhausted, just 10sec ahead of Pogacar.

Simon Yates narrowly missed out on victory on stage four of Tirreno-Adriatico as Tour de France champion Tadej Pogacar held on to take a thrilling win at the ski station of Prati di Tivo and assume the race lead.

Britain’s Yates (BikeExchange) jumped clear of a quality chase group in the final 2km of the stage, closing to within five seconds of Pogacar (UAE Team Emirates) at one point. But the Slovenian had just enough left in the tank, constantly checking the BikeExchange riders’ position and holding the gap steady to cross the line with six seconds in hand.

With the 10sec time bonus he earned for the stage win, Pogacar now leads the race by 35secs from previous leader Wout van Aert (Jumbo-Visma), who himself produced an extraordinary effort to hang for as long as he did with a chase group that included Sergio Higuita (EF Education-Nippo), Mikel Landa (Bahrain Victorious), Nairo Quintana (Arkéa -Samsic) and Joao Almeida (Deceuninck-Quick Step).

Van Aert stayed in the group even as noted climbers such as Egan Bernal and Geraint Thomas (Ineos Grenadiers) fell off the back. Thomas is 10th on general classification at 1min 25sec while young British rider Simon Carr (EF Education-Nippo) moved up to eighth at 1min 3sec.

On Friday, Mathieu van der Poel won his third race of the season when the Dutch powerhouse proved too strong for his great rival Wout van Aert and outsprinted the Belgian in stage three at Tirreno-Adriatico.

Coming 24 hours after losing out to world champion Julian Alaphilippe, the third win from just seven races for the Alepcin-Alpecin rider felt very much like a statement of intent. Having won last weekend’s Strade Bianche, Van der Poel aims to complete the double at Milan-Sanremo on Saturday week, just as Alaphilippe and Van Aert did in 2019 and 2020.

“I was frustrated after the mistake I made yesterday, so I wanted to do everything right today,” Van der Poel said. “I’m thrilled to take this win, especially after the work of the team. It was a tough sprint after a long stage. It hurts! I really wanted to win a stage of Tirreno-Adriatico.”

Despite missing out on a second stage win in what is only his third race day of the season, Van Aert (Jumbo-Visma) kept hold of his leader’s jersey and took a 4sec lead over Van der Poel into Saturday’s mountainous fourth stage. In comparison, Alaphilippe (Deceuninck-Quick Step) is another 6sec down on general classification in third place.

Geraint Thomas (Ineos Grenadiers) dropped 15 places on general classification, losing 35sec on Van Aert, though there was some good news for young British rider Simon Carr (EF Education-Nippo). Having impressed at Strade Bianche, where the first-year neo-pro finished a highly creditable 11th in his first outing in the WorldTour, the 22-year-old climbed 15 places to 24th, 31sec behind race leader Van Aert.

Stage two: Alaphilippe pounces to first win of the season

On what was a rolling stage from Camaiore to Chiusdino, a four-man breakaway comprising Joao Almeida (Deceuninck-Quick Step), Mikel Landa (Bahrain Victorious), Pavel Sivakov (Ineos Grenadiers), and Simon Yates (BikeExchange) appeared on course to contest the win that is before the powerful chasing group reined them back in.

Despite his team-mate Almeida leading after a late surge, Alaphilippe led the line flying beyond the Portuguese, who eventually rolled over in seventh place. Van der Poel (Alpecin-Fenix) finished second ahead of Van Aert (Jumbo-Visma), who kept hold of his leader’s jersey.

It was a joyous day for Egan Bernal and his Ineos Grenadiers team-mate, Geraint Thomas, too, after both finished safely in the bunch in 12th and 13th, respectively. Thomas climbed 31 places on general classification to 13th, 14sec off the pace of Van Aert, while Bernal moved up 37 spots to 15th and will start Friday’s third stage at the same time as the Welshman.

Stage one: Van Aert sprints to victory on the opening stage

Wout van Aert won the bunch sprint finish at the opening stage of Tirreno-Adriatico on Wednesday to claim his first win of the year in what was only the second road race of the season for the Jumbo-Visma rider.

Having missed out on a podium place at last weekend’s Strade Bianche, some had suggested the Belgian all-rounder had lost some of the forms that made him one of the world’s best riders in 2020. However, after beating specialist sprinters Caleb Ewan (Lotto-Soudal) and Fernando Gaviria (UAE Team Emirates), it would appear Van Aert is in fine form.

Though broadly using Tirreno-Adriatico as a preparation race for his title defense of Milan-Sanremo on March 20, where he can expect to be challenged by the in-form Mathieu van der Poel and Julian Alaphilippe — both of whom are in action at the race between the Tyrrhenian and Adriatic Seas — Van Aert suggested he may also be targeting the general classification at the Italian stage race. “For sure, I think today, and at Strade Bianche, we saw a strong [Jumbo-Visma] team,” he said.

“We’re in high spirits and a big motivation for this week; starting with a win is perfect for the GC [general classification]. We’ll see what the next stages bring, but we’ve already achieved one goal today.” Geraint Thomas, the 2018 Tour de France winner, finished safely in the bunch a handful of places up from Ineos Grenadiers team-mate Egan Bernal. While Thomas is scheduled to make a return to the Tour this summer, it is understood the Colombian Bernal will lead the team’s general classification ambitions at the Giro d’Italia in May.

Tirreno-Adriatico — selected standings after stage one