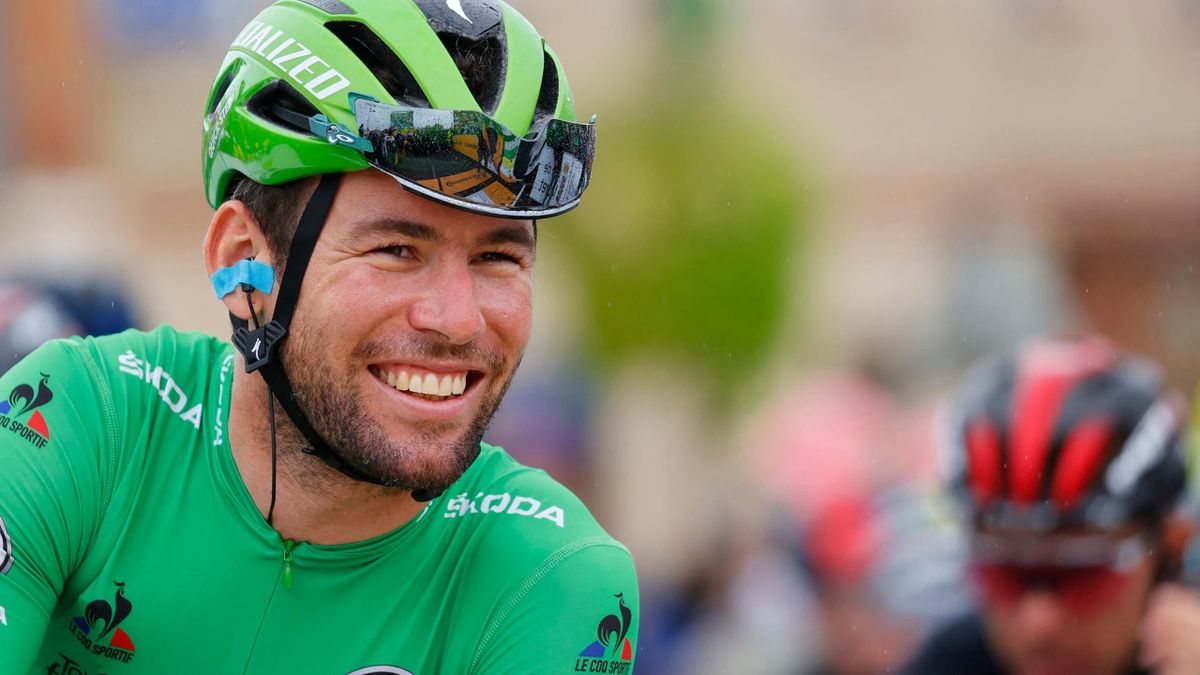 Mark Cavendish will make a sensational return to cycling’s biggest race after being named in Deceuninck-QuickStep’s eight-man lineup for this year’s Tour de France, which begins in Brest, Brittany, on Saturday. The 36-year-old has won 30 Tour stages in a storied career, placing him second on the all-time list behind Eddy Merckx, who has been named injured Irish sprinter Sam Bennett.

Cavendish had not won a Tour stage since 2016 when he took four wins before abandoning the race to focus on the Rio Olympics and has not raced at the Tour in any shape since 2018 when he missed the time cut on stage 11. Little did he realize it at the time, but he was still suffering from the effects of the Epstein-Barr virus. The Manxman would end up losing the best part of two seasons to the debilitating illness. Cavendish has also been open about his struggles with depression during this period.

It looked as if the 2011 green jersey winner and world road race champion might be heading into forced retirement at the end of last year as his Bahrain-McLaren team imploded during the Covid crisis, and he was left without a contract for 2021. But Deceuninck-QuickStep general manager Patrick Lefevere stepped in at the 11th hour with an offer to rejoin the Belgian squad, where Cavendish enjoyed three successful seasons from 2013 until 2015.

Cavendish has looked much more like his old self this year. He picked up his first win in more than three years at the Tour of Turkey in April, winning four stages of that race. Cavendish then stepped in for Bennett at the Tour of Belgium earlier this month, claiming a brilliant victory on the final stage to spark rumors he might return to the Tour if Bennett’s knee did not recover in time.

It was reported by Cyclingnews last week that Bennett – previous year’s green jersey winner – had declared himself fit and would travel to Brest for Saturday’s grand depart. But the team themselves remained tight-lipped. And Deceuninck-QuickStep confirmed Cavendish’s inclusion in their eight-man lineup on Monday afternoon, alongside world champion Julian Alaphilippe. Cavendish will be able to count on the support of one of the world’s best leadout men in Michael Mørkøv, plus Tour of Flanders champion Kasper Asgreen, Omloop Het Nieuwsblad champion Davide Ballerini, and domestiques Mattia Cattaneo, Tim Declercq and Dries Devenyns.

“I am delighted to be going back to the Tour de France with Deceuninck – Quick-Step,” Cavendish said in a statement. “Obviously, the circumstances with Sam could be better – he had a special Tour last year, and I am sad for him not being able to defend his green jersey. But at the same time, I am excited to be going back to a race that I have such an affinity with and where I have so much history. It is the biggest bike race in the world, and I am going to do all I can to grab this opportunity with both hands.”

Bennett added: “Needless to say, I’m very disappointed to not be able to defend my green jersey at this year’s Tour de France. I had a very minor incident during training a couple of weeks ago, which affected my knee. While the injury I sustained is very short-term, it impacted my training for the biggest bike race in the world all too much and left me without enough time to be race fit. Le Tour deserves me at my best, and it would do my team and myself an injustice to race in my current condition. I wish the whole Wolfpack a successful three weeks on the road of France.”

Analysis: Cavendish’s return provides a new storyline to the race

The return of one of cycling’s bona fide superstars to the Tour de France is massive news for the sport and race. While Bennett was a popular winner of the points jersey last year and is extremely unfortunate to miss out on defending his crown, Cavendish’s return to a race he once bestrode like a colossus caps a remarkable comeback to elite-level racing.

If the Manx rider can go on to add to his 30 Tour stage victories and further reduce his deficit to Merckx, who has 34 stage wins to his name, it would have to rank among the greatest sporting comebacks of all time.

Cavendish told Telegraph Sport last week that he would not put too much pressure on himself if he did end up being selected. “I haven’t prepared for it,” he said. “I used to base my entire year around the Tour. You didn’t see me at the beginning of the year because I had to save my energy for the Tour. This year I haven’t. “I’m also heavier than I normally would be because I’ve been riding in predominantly flat races. So, of course, I’d love to go if the opportunity arose. But I would be realistic about any expectations.”

However, the 36-year-old, who has spent the past week out in Tuscany, where he has a home, training in the heat, trying to lose a kilo in bodyweight, added that he would not be going unless he felt he could be competitive. “Why would I go otherwise? Just to suffer in the hardest sporting event in the world? No. I’m not 20 anymore where I just dream of riding the Tour de France for the sake of it. I dream of riding the Tour de France because of what it means to me and because I believe I can be competitive.” With four stages that should suit the sprinters in the first block of the race, before it hits the Alps, it will not be long until we find out how competitive.