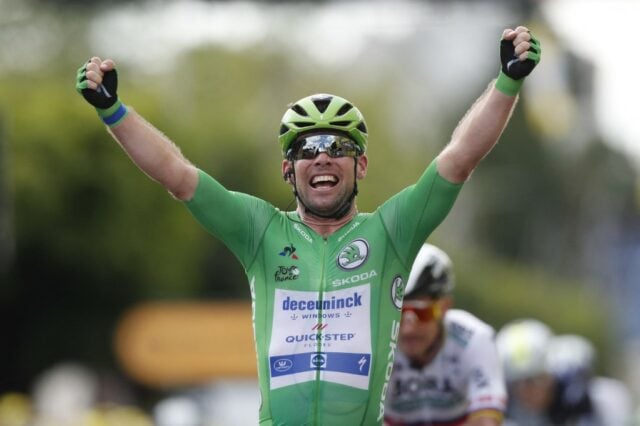 Mark Cavendish is close to tears again. Every time he recalls his extraordinary, redemptive win in Fougères on Wednesday, his eyes begin to mist over. The reaction of his family, in particular, clearly touched him deeply. A video he has on his phone of his three-year-old son, Casper, who is “cycling-obsessed”, cheering him on while watching the denouement to Wednesday’s stage, has been getting a lot of playtime over the last 24hrs.

“Casper’s like a Mini-Me,” he says, smiling. “Short little legs. Full gas. Doesn’t stop. It’s incredible to think that Fred Wright [the Bahrain-Victorious rider who is the youngest in this year’s Tour de France at 22] could actually ride with Caspar one day. I mean, Fred’s closer in age to my kids than he is to me.”

It is a sobering thought. Cavendish’s victory on Wednesday was memorable for so many reasons. It was his 31st Tour stage win, taking him to within three of Eddy Merckx’s all-time record; it was his first in five years, and it came after four brutal seasons of injury and illness – both physical and mental – which would have caused 99 percent of athletes to quit on their stools. Eight months ago, Cavendish did not even have a contract for 2021. No one, but no one, predicted he could do this at the age of 36. 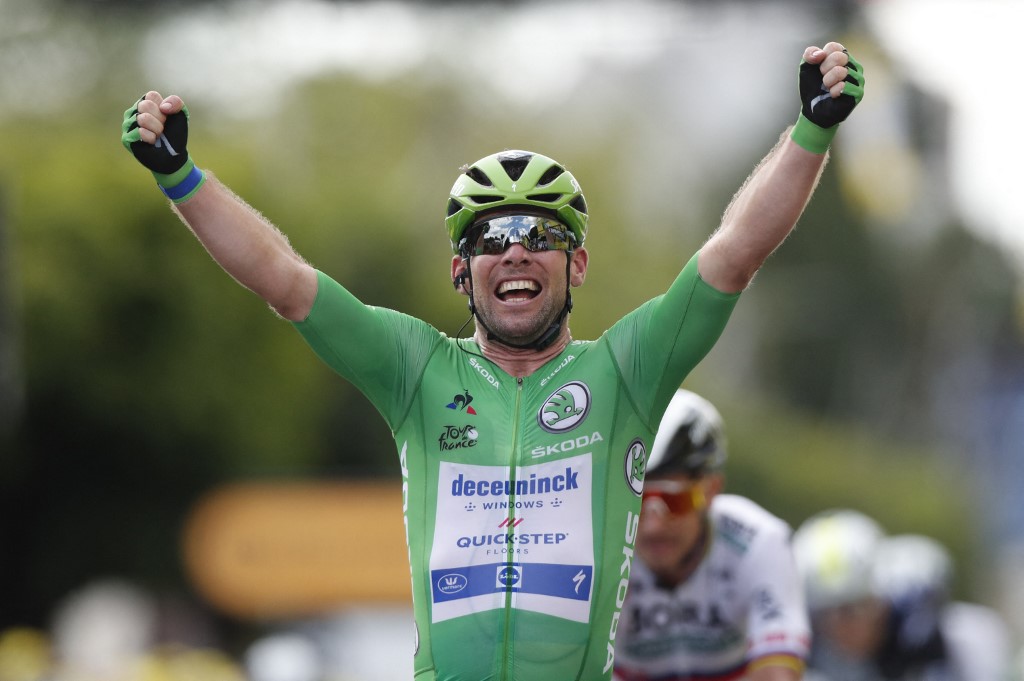 Crucially, he never stopped believing in himself, though. Patrick Lefevere, Deceuninck-QuickStep’s manager, gave him the chance to prove himself again. He built his confidence back up, Sam Bennett got injured, and the rest is history.

Having come so close to the abyss, Cavendish is taking nothing for granted now. On Wednesday, he rode the first of this Tour’s two individual time trials wearing the green jersey he won in 2011. It was a day when the GC battle retook center stage – Mathieu van der Poel [Alpecin-Fenix] clung on to his yellow jersey in the face of a brilliant ride from defending champion Tadej Pogacar [UAE Team Emirates], but the Slovenian stamped his authority on the race, winning the stage and carving out an ominous lead over the likes of Geraint Thomas [Ineos Grenadiers] and Primoz Roglic [Jumbo-Visma], both of whom are still nursing sore bodies from their crashes the other day – but that was just fine with Cavendish.

“The legs felt surprisingly good,” he says. “I’d hardly had any sleep on Wednesday night. I had over 600 messages [after the win]. But I felt OK. Obviously, you get a buzz from wearing the jersey. But the public reaction, too. That really spurred me on. I’ve had such a good reception this past week. Of course, it’s mostly, ‘Allez Julian [Alaphilippe]!’ But the reception I have had from the public, on the bike, off the bike, has been incredible and so, so touching.”

Could he win green again this year? The idea would have seemed fanciful a week ago. Cavendish has hardly ridden up a hill this season, let alone a mountain. He has to get over the Alps and the Pyrenees, not to mention Ventoux, twice on the same day if he wants to reach Paris and fight for those points.

But after what we have seen over the last few days, nothing would surprise. Cavendish is not even entertaining the thought. “Like I said last week, I was never worried about the sprint stages,” he says. “It’s more the mountains that are the unknown for me.

“I know the work I’ve put in to prepare for the sprints, though, and the team that I have around me. That’s what gives me confidence. Honestly, I sit each day on the bus and look around and think how lucky I am. Sitting behind Michael Morkov, who is behind Davide Ballerini, and if something happens to Ballerini like it did on Wednesday, you have Julian… the list goes on.”

Cavendish will have his Rolls Royce lead out again on Thursday on the run-in to Chateauroux. It’s a place he knows well. In fact, if a Hollywood scriptwriter was penning the scripts for this Tour, he could hardly have chosen a better town to visit next.

Cavendish won his first-ever Tour stage in Chateauroux back in 2008, 13 long years ago. What emotions will that inspire? Cavendish considers the question. And just like that, he is all business again. “Look, I could give you a nice romantic spiel about my first win, but the truth is it’s irrelevant,” he says firmly.

“It’s not about emotions. The biggest thing is I know the run-in. I’ve done it twice. That’s what I can take from it. It’s a slight drag uphill, a big boulevard sprint, 1.5km to the line.”