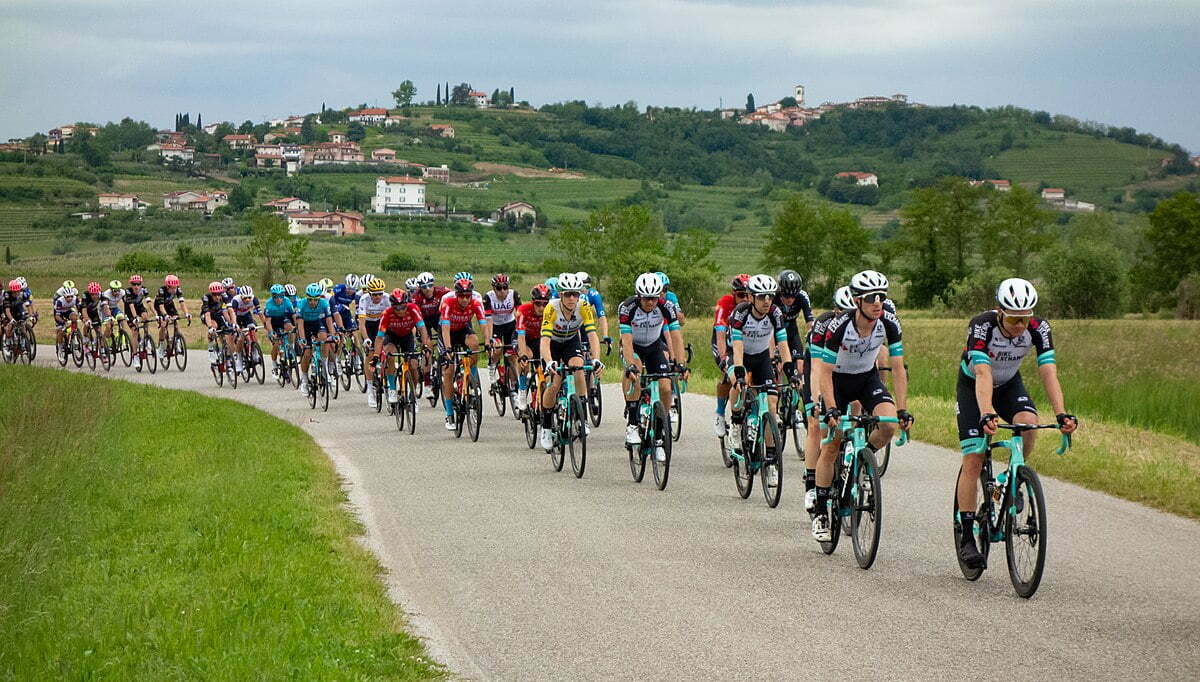 FLAGSTAFF, Ariz. (AP) — A cyclist has died after he was struck last month by an Arizona man who plowed his pickup truck into a group of people participating in a bike race, authorities said Monday. Jeremy Barrett, 58, died of his injuries Saturday, said Arizona Department of Public Safety spokesman Bart Graves.

Barrett, who spent parts of his life in Zimbabwe and Australia, was well-known in the cycling community for welcoming new riders and hosting bicyclists training in southern Arizona, friends said. “He was very selfless,” said Joey Iuliano, president of the Arizona Bicycle Racing Association. “I was told that while the paramedics were working on him, he was asking how his friends were and if they were OK.”

The accused driver, Shawn Michael Chock, 36, was indicted last week on nine counts of aggravated assault with a deadly weapon and one count of fleeing an accident and unlawful flight. He pleaded not guilty to the charges Monday in Navajo County Superior Court. Navajo County Attorney Brad Carlyon said he expects more charges to be filed in the wake of Barrett’s death.

“Once we have received all the law enforcement reports, we will review to determine if any new charges are appropriate to bring,” Carlyon said. Hunter T. Lewis, an attorney representing Chock, declined last week to comment on the indictment and did not respond to messages Monday from The Associated Press.

Several cyclists were injured June 19 when Chock sped into a crowd gathered for the annual 58-mile (93-kilometer) Bike the Buff race in Show Low, a mountain city about three hours northeast of Phoenix, authorities said.

Witnesses said that chock then hit a telephone pole and backed out of the crowd as cyclists pounded on the truck’s windows, screaming for him to get out. He then drove down the road, turned around, and headed back toward the cyclists before going away, witnesses said. Police shot Chock at a nearby hardware store. He was charged after being released from the hospital earlier this month and remains jailed on a $500,000 bond.

The Arizona Department of Public Safety is overseeing the investigation. Graves, the agency’s spokesman, said other injured cyclists have a long road to recovery. Barrett’s condition improved with surgery, and doctors in Flagstaff planned to transport him to Tucson. But he suffered another setback as he was fighting to survive, said fellow cyclist and friend Kathryn Bertine.

She said Barrett was loved and respected in the tight-knit cycling community in the U.S. and beyond. Outside of cycling, he worked for a company that manufactured ammonium nitrate-based products used in mining and agriculture. “It’s so important that people know it wasn’t (only) a cyclist who died,” Bertine said.

“It was a human being; it was a friend, a father, a boyfriend, somebody who was a real-life living soul, an asset to our community,” she said. “And, sometimes, we don’t remember that.” This story has been updated to correct the spelling of Joey Iuliano’s last name. Tang contributed from Phoenix.