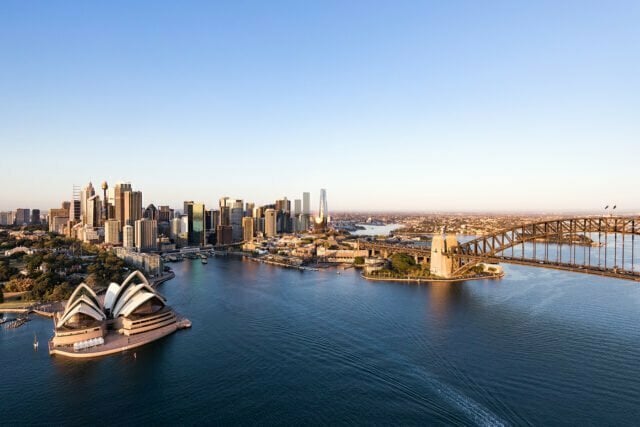 Sydney commuters can feel free to ignore the green dots on trains and buses from Monday morning as services move to greater capacity. With city services to run at 75 percent capacity, and regional trains at 100 percent, commuters will no longer be urged to sit apart from each other, the NSW government has announced.

“Health advice now allows public transport services to increase capacity, which means people can now sit next to each other on their trip,” according to Paul Toole, who is acting as transport minister while Andrew Constance is on leave.

The green dots – which were rolled out to remind passengers not to be close to each other during the height of the coronavirus pandemic – will remain on seats and floors. But they will no longer mean anything. Government policy is catching up to reality, as Sydneysiders living in a COVID-free city have largely ignored the dots for months. “No one is paying attention to them, I don’t think,” Chippendale commuter Erin Roper, 22, said. “Maybe back at the start (of the pandemic), but definitely not now.” Her regular rush-hour train rides on the Inner West line are often packed, she said. “I don’t think anyone is really paying attention to the dots as much – I know I don’t worry about sitting on them as long as they’re away from someone.” Nick Coomer, 21, from Camperdown, has had a similar experience. “I think the dots are useful when there are less people on the train, but when it’s packed you don’t take notice of it,” he said.

“There’s no way to stand on the green dots when there are people around you.” NSW has enjoyed long streaks without local COVID-19 cases since community spread of the coronavirus was mostly stamped out last year. An outbreak that began in Sydney’s northern beaches in December was among a few notable exceptions.

The increased capacity comes three weeks after the state government scrapped a mandate that threatened fines if commuters didn’t wear masks. Part of the reason the dots will remain on the trains is that they might come in handy again if another outbreak occurs.

“We know the fight against COVID isn’t over, so we’ll keep green dots on services in case we need them again down the track,” Mr. Toole said. From Monday, Waratah’s train capacity will increase from 86 riders to 122 per carriage. Typical two-dot buses will be able to carry 66 people, up from 42. Light rail trains will be able to move 156 commuters per carriage, up from 54.

And Freshwater ferries will be able to handle 800 passengers instead of the current 543. Enhanced cleaning of the services will continue, Transport for NSW chief operating officer Howard Collins said. “We are still asking customers to plan ahead before they leave home, register their Opal card for contact tracing when needed, and follow good hygiene practices, including staying home if unwell,” Mr. Collins said.

“Wearing a face mask is still an important part in limiting the spread of the virus if there is an outbreak and remains strongly recommended on public transport, especially during those busier times on the network.”