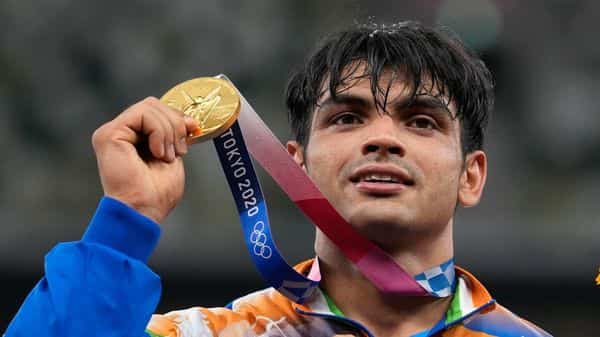 Lizzie Deignan’ prepared to lose’ to claim elusive Olympic gold – Bradley Collyer /PA. Lizzie Deignan has won most of cycling’s biggest races in her career; the world road race title, the Tour of Flanders, Liege-Bastogne-Liege, the Tour of Britain, La Course by Le Tour, Strade Bianche. Inevitably, though – at least for a British athlete – it is the Olympics for which she is best remembered in her home country.

Delivering Team GB’s first medal of those glorious home Games in 2012, when she was still Lizzie Armitstead, a 23-year-old from Otley in Yorkshire who had been talent-spotted by British Cycling as a schoolgirl. Deignan was an immediate hit with the public, as impressive off the bike as she was on it.

“The sexism I have encountered in my career can get quite overwhelming and very frustrating,” Deignan told reporters in no uncertain terms after narrowly losing out to multiple world and Olympic champion Marianne Vos beneath driving rain on the Mall. “You just get used to it, though, and there’s not much I can do about it now as an elite athlete. But I certainly hope to after my career is over.” She spoke with the confidence of a young athlete unencumbered by baggage and unafraid to speak her mind. Four years later, that confidence took a huge hit. A bombshell story on the eve of the Rio Olympics that Deignan had managed at the 11th hour to overturn a ban for three whereabouts failures, successfully arguing at the Court of Arbitration for Sport that the first of those missed tests was the fault of the tester, cast a shadow over her career.

Deignan rode at those Games under a cloud of controversy, bitterness, and regret, with even some of her fellow competitors questioning whether she should be there. “I’ll have to accept that people will doubt me forever,” Deignan admitted tearfully.

Five years on, Deignan is a different person again; married now, mother to a two-year-old daughter, Deignan 3.0 is more relaxed than the 2012 or 2016 versions. Less quick to judge others, less fussed about being judged herself. “Personally and professionally, I’m in a totally different place,” she said ahead of the road race, where she will attempt to defy the odds and the powerful Dutch quartet by claiming the one major title that still eludes her.

“I got married and had a child and lived through a pandemic. So I think my perspective on the importance of being here is different,” she said. “I mean, obviously, I’m still very focused, and I still want to win the race, but my ability to have perspective on where it stands in my life is different. I’m a lot more relaxed than I would have been going into Rio, just because, yeah, life’s good.”

Faced with the might of the Dutch team, Deignan says she must be “prepared to lose, to win”. With a maximum allotment of four riders, 2012 champion Vos, 2016 champion Anna van der Breggen, Demi Vollering and Annemiek van Vleuten, the Dutch hold all the aces.

Van Vleuten, who suffered a spectacular crash in Rio five years ago, is the long-range option; Van der Breggen and Vos can make the race hard to the circuits where Van der Breggen could ride away as she did at last year’s worlds. If it comes down to a small bunch, Vollering and Vos can take the victory.

“You have four world-class athletes who can win the gold themselves,” Deignan agreed. “But potentially the only thing that can work against them is the fact that they have four leaders, and the fact they need it to be a hard race, because I don’t think they will risk taking it to a sprint against people like Emma Norsgaard [Denmark]. They will have to sacrifice some of their riders, which will be a case of who they offer.

“I have to be willing to lose to win. I can’t follow every move the Dutch make. I have to be really selective. The only way I can do that is to rely on my race instinct.” Deignan is in good form, having just finished the Giro Rosa well up on GC despite riding for Trek team-mate Elisa Longo Borghini. But she can only rely on one team-mate in the shape of climber Anna Shackley, whose job will be “to protect me for as long as she can and potentially chase down any moves that look dangerous”.

Whatever happens, Deignan said she would try to enjoy the opportunity with her husband Phil at home looking after two-year-old Orla. “To be Olympic champion, you need your build-up to go perfectly, and mentally it was a very challenging time,” she conceded of her experience of four years ago. “I’m just happy that I get to be here and get to do my job. Not everyone is in that situation. So I’m feeling very relaxed and optimistic about the opportunity to be here.”.