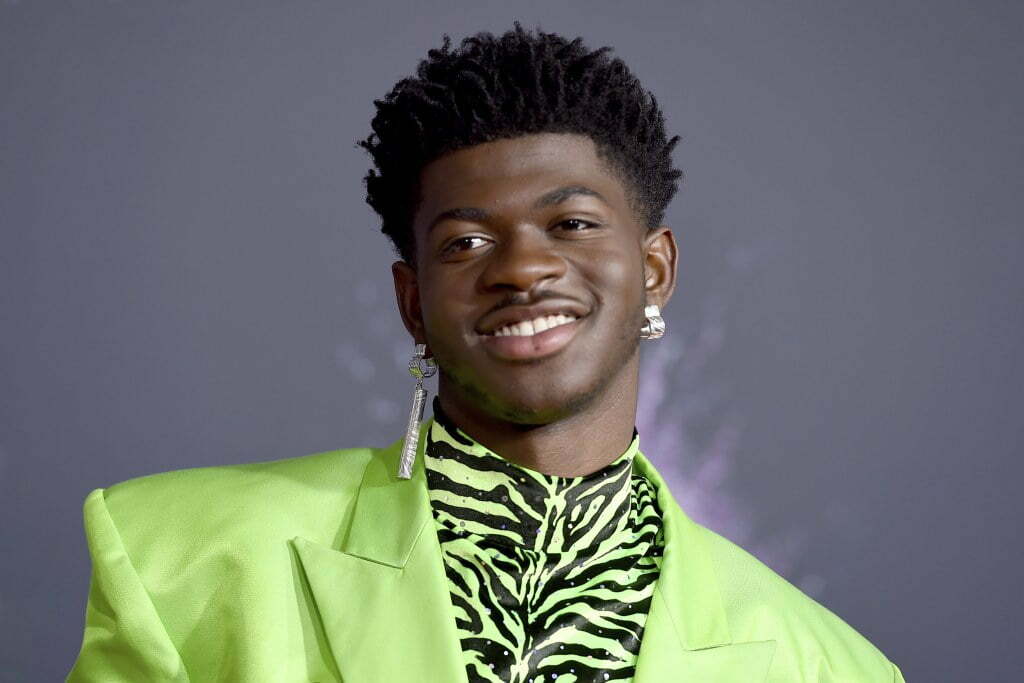 “Saturday Night Live” kicked off the episode by poking fun at Lil Nas X’s controversial music video and Satan shoes. In a segment titled “Oops, You Did It Again,” hosted by Britney Spears (Chloe Fineman), Lil Nas X, portrayed by Chris Redd, opened up about the backlash surrounding his “Satan shoes,” which were decorated with a pentagram pendant, an inverted cross on the tongue pull-tab and a drop of human blood.

“Is it true that they’re Nikes made with human blood?” Spears asked. “Yeah, but I don’t know why Nike’s so mad,” Lil Nas X responded, referencing the company’s recent lawsuit against MSCHF, the Brooklyn-based street company selling the modified version of Nike Air Max 97s with satanic symbolism.  “Their whole thing is ‘just do it.’ Well, I did it.”

Spears also inquired about the social media uproar following the “Old Town Road” music video for his new song “Montero (Call Me By Your Name),” in which the singer “rides down a stripper pole to hell” and gyrates on Satan’s lap. “People are afraid of me because I’m different, but really I’m just your average gay, Black country rap, sneakered entrepreneur,” he responded.

However, the singer reassured his haters that he wasn’t dancing on Satan in the music video because “the real Satan doesn’t do music videos, so maybe chill?” But to “even things out,” Spears offered Lil Nas X an alternative to appease his critics: A lap dance to God, portrayed by Mikey Day.  Lil Nas X reacted to the sketch on Twitter, sharing a screenshot of the lap dance with the caption “SNL going to hell.”

Other guests on Spears’ show included “Space Jam”‘s Pepé Le Pew (Kate McKinnon) and Florida Congressman Matt Gaetz (Pete Davidson), who is under investigation over allegations that he had sex with an underage girl, according to media reports Tuesday.

Spears asked Gaetz if he believed the allegations would hurt his chances at reelection, in which the Republican responded: “Weirdly in my district, they might help.” Amid the heated discussion, Gaetz tried to lighten the mood by offering to perform a lap dance, but Lil Nas X didn’t think too highly of the proposition.

“If you come anywhere near me, just remember I have hip hop friends and country friends — the two populations that are guaranteed to own guns,” Lil Nas X said. Daniel Kaluuya, who made his “SNL” debut this weekend, hosted this week’s episode alongside singer St. Vincent.

Matt Gaetz: is under federal investigation, accused of having sex with a minor