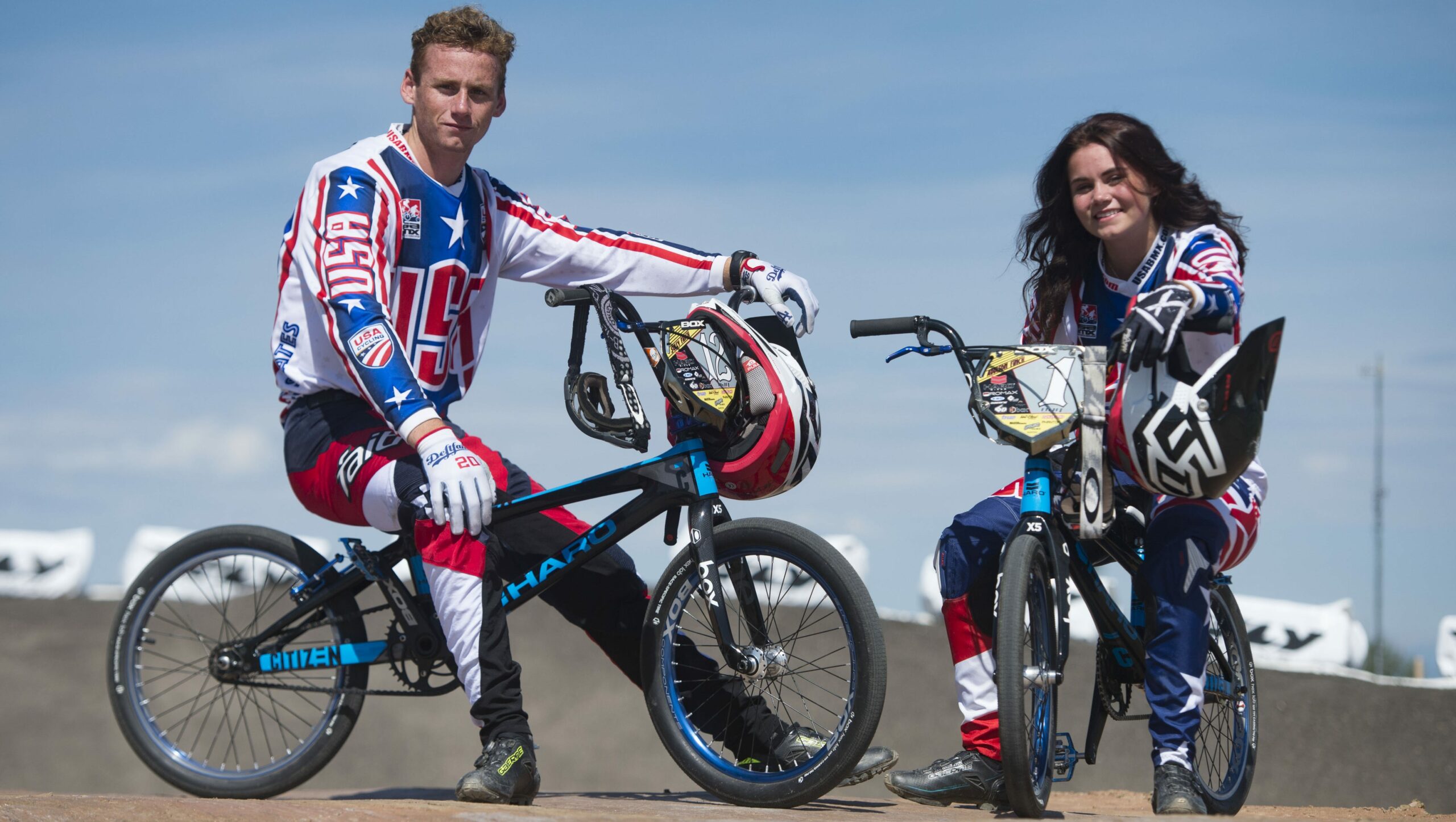 TOKYO (AP) — Niek Kimmann kicked off his second Olympics by colliding with a race steward who had wandered onto the track during training. The Dutch rider spent the next three days doing everything he could to rehabilitate a knee injury in the crash, not knowing if he could be able to make it to the starting gate.

Kimmann was eventually cleared to ride and not even a sore knee could slow him down. Kimmann shook off the freak accident to give the Netherlands its first gold medal in BMX racing, edging Kye Whyte of Britain at the finish line Friday at the Tokyo Olympics.

“This week has been an emotional roller coaster,” Kimmann said. “The crash with the official, I thought my week was over, basically. But after getting the MRI results, we realized it would be possible. It wouldn’t be comfortable, but it was possible.” Bethany Shriever of Britain ended Mariana Pajon’s bid for a third straight Olympic gold medal, pulling away from the Colombian in the women’s race.

Storms passing through Tokyo pushed back the start of the semifinals by 45 minutes. Once the three-round qualifying began, reigning Olympic gold medalist Connor Fields and Australia’s Saya Sakakibara had to be taken off on stretchers after hard crashes. Kimmann and Shriever managed to fight through the difficult images.

Kimmann has built a strong resume, winning the 2015 world championships and finishing seventh at the Rio de Janeiro Olympics. The 28-year-old rider had won 11 times on the UCI BMX Supercross circuit but nearly had his Tokyo Olympics end before they began with the steward-induced training crash. After extensive rehab, Kimmann qualified first for the finals, jumped to the lead in the first turn and stayed just ahead of Whyte at the line, beating the Brit by 0.1 seconds.

Carlos Ramirez of Colombia finished third for his second straight Olympics with a bronze. “Yesterday was just all about surviving, making it through today,” Kimmann said. “I was mentally prepared today was going to be really tough, but in this sport even if you’re in the best shape ever, it’s still tough. The way my knee felt, I was mentally prepared to struggle.”

Shriever had to pay part of her way to Tokyo. In 2017, British Cycling had a funding shortage, so Shriever left the association and started working part-time as a teaching assistant while continuing her training. She used crowd-funding to pay for her riding until 2019, when she started funding the Tokyo Games.

Shriever jumped out to an early lead in her first Olympics and held off Pajon at the finish, winning by .09 seconds. The 22-year-old became the first British rider to win a BMX racing medal — Whyte followed right behind her — and gave Britain wins in all four cycling disciplines: BMX, road, track, and mountain bike.

“I wouldn’t be here without their help,” Shriever said. “It got me to where I am today.” Pajon became the first rider to win two BMX racing gold medals at the 2016 Rio de Janeiro Olympics and was the favorite to win a third straight. The 29-year-old who has five UCI BMX Supercross wins qualified second and made a late run at Shriever, but came up just short.

Even so, Pajon becomes the first Colombian to win three Olympic medals in BMX racing. “Going back to back to the Olympics is a huge challenge, and winning back-to-back medals is even bigger,” Pajon said. “It’s been five years of waiting, dealing with injuries and up and down. This feels like a gold medal.”

Dutch rider Merel Smulders took bronze to join her sister as an Olympic medalist. Laura Smulders took bronze in BMX racing at the 2012 London Games. The United States’ best gold medal hopes ended before the finals. Fields were carried off on a stretcher and loaded into an ambulance after crashing in the third qualifying heat.

Fields finished fourth in his opening two heats and landed hard off a jump heading into the first turn in the third. The 28-year-old from Las Vegas slammed into the turn and was hit by two other riders. Medical personnel rushed out to attend to Fields, who lay on the track for several minutes before being carried to an ambulance.

Fields qualified for the finals based on his first two heats but wasn’t able to ride. USA Cycling said in a statement that Fields was awake and awaiting further evaluation at the hospital. “I haven’t seen the crash, but I hope he’s OK,” Kimmann said. “He’s been a great ambassador for the sport. For me, it’s sad he wasn’t able to defend his gold medal.”

Fellow American Alise Willoughby, among the gold medal favorites, crashed in the first and third heats to miss qualifying. She tangled in the second crash with Sakakibara. More AP Olympics: https://apnews.com/hub/2020-tokyo-olympics and https://twitter.com/AP_Sports