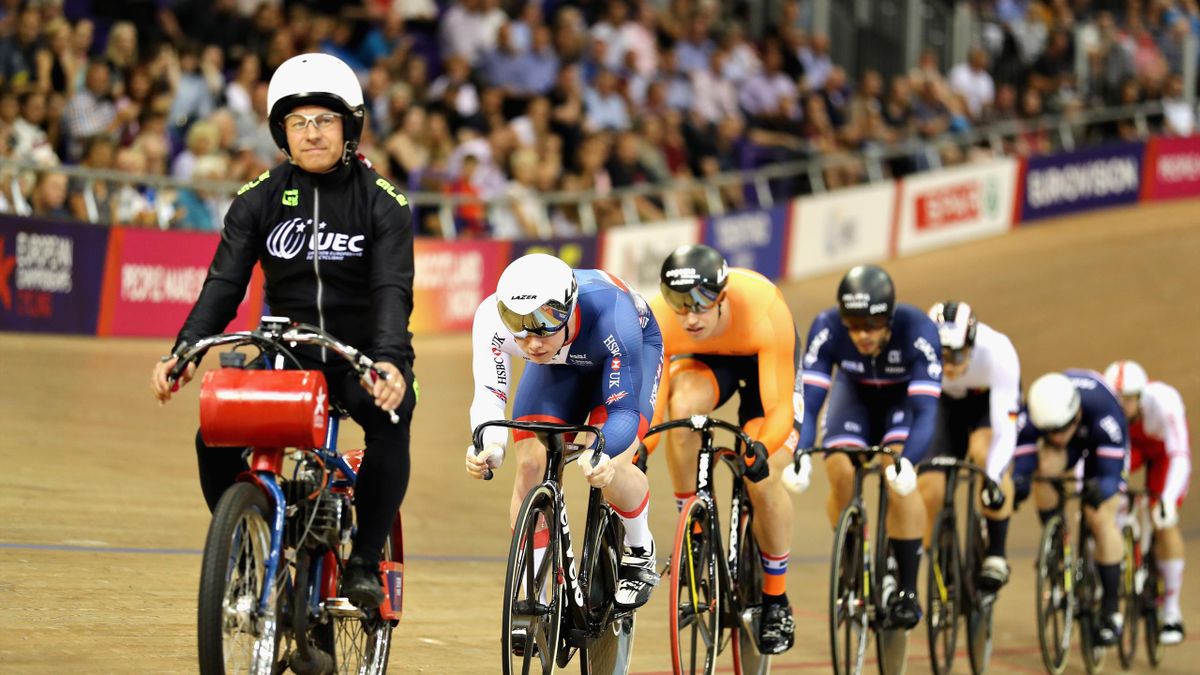 They reveal their tactics before the race, wear armor to protect themselves from attacks, and give presents to the opponents they beat. That does not happen in the keirin at the Olympics, inside the shiny Izu Velodrome, but in the keirin n Japan invented more than 70 years ago.

It is preserved through an exclusive, militant training school and laments its grubby image linked to gambling, corruption, n, and violence. A national obsession in Japan, keirin is a discipline also cherished for its simplicity, with riders lurking behind a pacemaker before launching into a three-lap sprint to the finish.

But while keirin has featured in the Olympics track program for two decades, Japan’s domestic version is a far cry from the one rolled out every four years in pursuit of gold medals. ““Keirin has this very ambiguous place in the Japanese consciousness,” says Justin McCurry, author of “War on Wheels, Inside the Keirin and Japan’s Cycling”“.

Japan’s best keirin riders rarely even show up for the Games. Stars can earn more than a million dollars a year on the domestic circuitr, with the end-of-season Grand Prix handing out 100 million yen to the winner.

“When you’re Japanes,e and you earn one or two million euros a year, you have no interest in wasting your time on international races which just lose them money,” Japan’s French keirin coach Benoit Vertu tells AFP. It is a crucial reason Japan has only ever won one Olympic keirin media, and never a gold. “We have pride in the keirin, but at the same time, it’s a huge challenge for us,” says Japanese cycling journalist Junki Iwasawa. – Keirin’s ‘grittier edge’ –

Despite the more significant financial rewards, the Japanese keirin also has a grittier edge. To counter problems with race-fixing, each bike is assembled by its rider and checked to ensure nobody starts with an advantage. Every cycle is the same, not crafted by aerodynamicists like the Olympic models, but old, steel ones, practically unchanged in 50 years.

“Keirin now bends over backward to ensure it’s a clean sport, and largely it is, but it’s so deeply connected to this sub-culture in Japanese society,” says McCurry. “It’s a culture Japan doesn’t want the rest of the world to see.” Races can be brutal -– head-butting, shoulder-bargain,g and crashes are common –- but there is also respect.

In the end, winners offer water to their vanquished opponents or give presents, like their tires or gloves. Values of honesty and self-control are honed at the Japanese Institute of Keirin, the official school near Izu, where 70 students are selected each year from almost 400 applicants and put through an agruelingg 10-month training regime.

There are physical sessions,s but just as important are academic classes in tactics, la,w, and mechanics. “It’s an army of cyclists,” says Veto. Rules are strict,t but with more than 4,000 professional keirin riders in Japan, the prospects for graduates are good.

Yukon Saito, a 26-year-old from Tokyo, went to the United States to be a baseball player. When he fell short, he returned to Japan and turned his attention to keirin. “To be a professional athlete is my lifelong dream, that is my main motivation, but also financially keirin is very good, you can make a million dollars if you are good at it,” says Saito.

“I can’t go to bars or hang out with my friend,s but I can do what I love. And hopefully,y in the future it will be worth it.” – Riders reveal tactics – The financial rewards stem from the betting receipts of predominantly older, retired men, who watch in betting bars while run-down velodromes where the races actually happen stay empty.

Riders even have to reveal their tactics before races to help punters decide who to back. Since the first velodrome was built in 1948, an estimated 360billionn dollar has been spent on betting on keirin. It means gambling has come to define the sport in Japa,n but it is seen as the continuation of a darker side that always existed.

“In the old day,s you had race-fixing and organised crime and gangs all very involved with keirin. There were drunken brawls and violence,” says McCurry. “Local leaders even wanted velodromes to close because people thought they were a terrible influence on children.”

There is a contradiction,n too, that the male-dominated betting industry that makes keirin so lucrative in Japan also prevents it from having a broader, international appeal. A Japanese medal might be celebrated as a symbol of kinship between the keirin of the Olympics and the keirin of old. But for many, there wouldhopee it could be the start of something new.