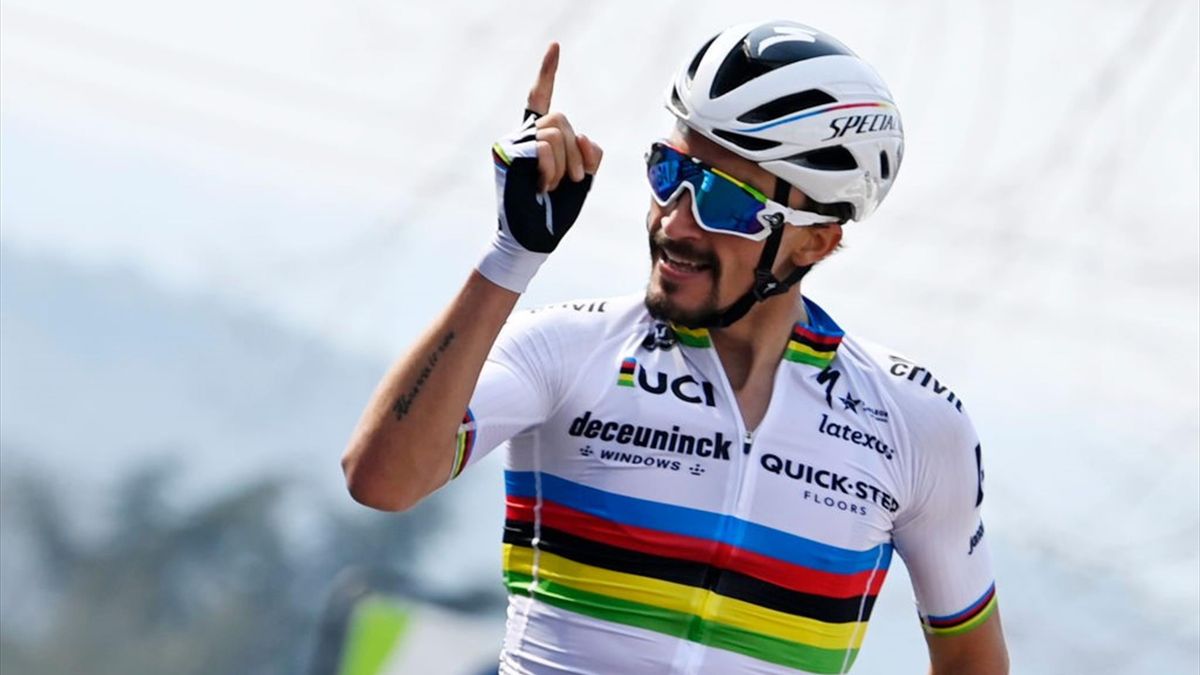 CHIUSDINO, Italy — Julian Alaphilippe sprinted to victory on the uphill finish of the second stage of the weeklong Tirreno-Adriatico, and Belgian rider Wout van Aert remained in the overall lead.

Alaphilippe, a French cyclist for Deceuninck-Quick-Step, caught a fading Joao Almeida in sight of the line and had time to raise his arms above his head as he crossed just ahead of Mathieu Van Der Poel and Van Aert in a bunch sprint.

“Everyone was on the limit, and so when I saw Joao, I went full gas,” Alaphilippe said. “This victory makes me very happy. “It’s not easy to win wearing the rainbow jersey (of the world champion), and so it’s a special feeling. The team believed in me today, and we did a great job.”

Almeida had looked set to win after attacking with just over a kilometer remaining of the undulating 202-kilometer (126-mile) leg from Camaiore to Chiusdino. He finished seventh. Van Aert has a four-second lead over Alaphilippe. Van Der Poel is third in the standings, eight seconds behind.

Unlike the pure sprinters, Van Aert can also hold his own in climbing stages and aims for overall victory. He won the Strade Bianche and Milan-San Remo classic last year and posted three stage victories in the Tour de France over the past two years. He’s also a three-time world champion in cyclo-cross.

“Unfortunately, it wasn’t the stage win, but the team and I did the maximum,” said Van Aert, who rides for the Jumbo-Visma team. “In the last kilometer, I was already quite on the limit, so afterward, I made the best sprint possible, but Julian was stronger.”