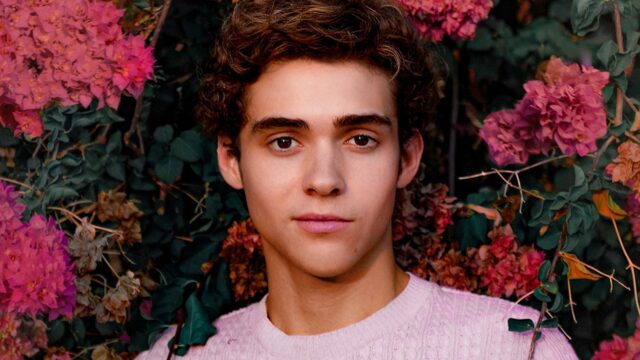 Joshua Bassett is just making his foray into Hollywood after joining the cast of Disney+’s High School Musical: The Musical: The Series in 2019. But even before the Friday premiere of the show’s second season, the 20-year-old has already had quite a taste of fame and all that comes with it as fans new and old discovered the young star through a speculative love triangle that included his co-star Olivia Rodrigo.

“The most important thing is understanding how not to take things personally, which is not always easy,” Bassett tells Yahoo Life of his first brush with viral internet attention. “You just can’t keep up with it.” For Bassett, it all began when Rodrigo, 18, released her first single “Driver’s License”— a song about a teenager getting over a breakup as her ex moves on with someone else. As the song gained attention on TikTok and climbed the pop charts, it also incited speculation over just who the song was about, which most claimed was Bassett. Bassett and Rodrigo also portray a couple on their Disney+ series.

“I think it’s easy to keep them sort of separate, but it is so bizarre,” Bassett says of he and his character Ricky’s identities. “Some people don’t actually fully understand the difference. Some people just get confused.” But as speculation around his and Rodrigo’s relationship continued, so did the vast response on social media where Bassett was both accused of breaking Rodrigo’s heart and celebrated for releasing his own original music.

“If you care too much about what people think when they all love you and then maybe they flip on you on a dime, which happens all the time, and then your whole world’s crushed, and then the next day they love you again,” he explains of the cycle. “There’s no use in trying, so it’s important to just stay true to yourself and keep yourself surrounded by people who you respect and who can be honest with you and who you can trust.”

While being fairly new to fame, Bassett has worked to stay true to himself. He’s even been praised for poking fun at the public response to the alleged drama when it made an appearance on SNL with a skit titled “Driver’s License,” depicting grown men at a pool hall discussing the teen gossip.

“I’m honored to be made fun of on Saturday Night Live. That’s huge, like, are you kidding? That’s great,” he says. “A lot of people I think were offended on my behalf, but you have to be able to take yourself lightly and I wasn’t afraid to sort of joke around about it. Just have fun with it because ultimately there’s no use in getting all upset about it when it’s not made to hurt anybody’s feelings.”

The star has made recent strides in taking his narrative into his own hands while speaking about his admiration for Harry Styles in an interview for Clevver News, saying, “this is my coming out video.” Bassett later took to social media to post a statement about his sexuality, writing, “love who you love shamelessly. it’s ok to still be figuring out who you are. life’s too short to let ignorance and hatred win. i choose love.”