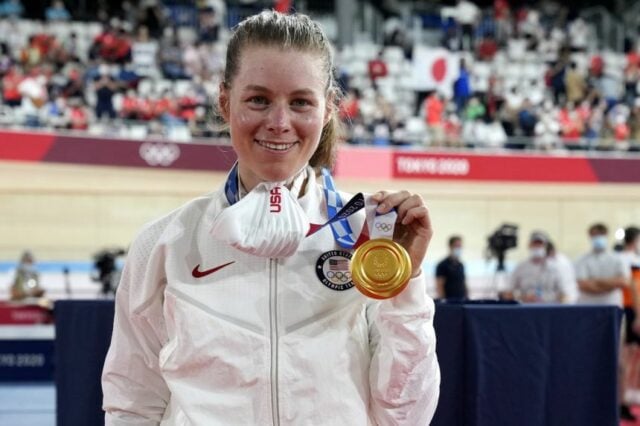 TOKYO — Jennifer Valente has won gold in the women’s omnium, her second medal of the Tokyo Olympics. Valente won bronze Tuesday in the team pursuit. She was a silver medalist at the Rio Olympics in 2016, also in the team pursuit. It is the first gold for the U.S. in the omnium after Sarah Hammer won silver in Rio and London.

Valente finished with a total of 124 points Sunday, winning by 14 points. Japan’s Yumi Kajihara, the reigning world champion in the omnium, took silver despite a crash late in the points race, the finale of the four-race series. Kirsten Wild of the Netherlands won the bronze medal, making up significant ground in the points race.

OLYMPICS MEDAL COUNT: Here’s how each country is performing at the Summer Games 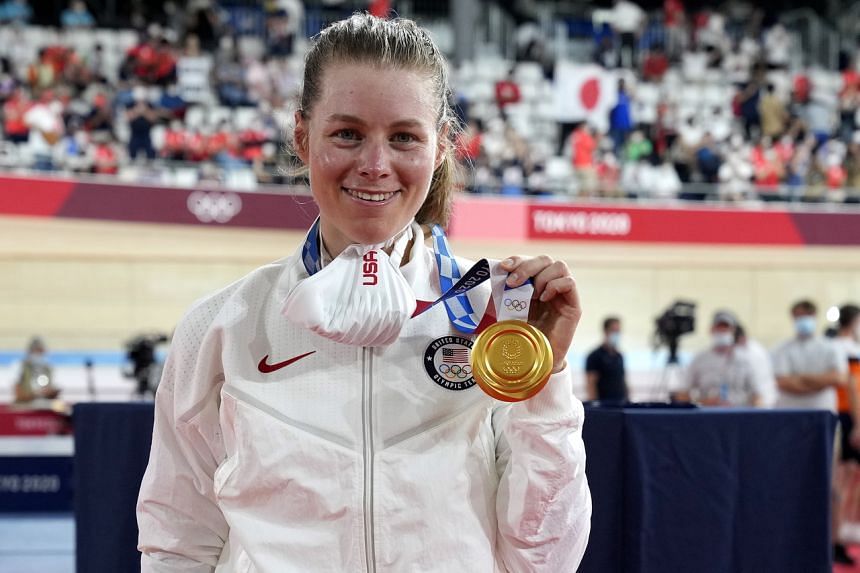 The women’s omnium elimination race field rides on the track during the Tokyo 2020 Olympic Summer Games at Izu Velodrome. Jennifer Valente (USA), who won the gold medal in the omnium, leads the field.

The omnium is a four-race, points-based series. Valente took the maximum 40 points in the first race, the scratch, which awards points according to a rider’s finish. Her results in the next two races – the tempo and elimination – were enough to keep her ahead of Kajihara heading into the points race.

Jennifer Valente with her gold medal after winning the women’s omnium during the Tokyo 2020 Olympic Summer Games at Izu Velodrome. In the 80-lap race, points are awarded after every 10th lap to the first four riders. The points double for the last sprint.

Valente won the first sprint, picking up five points and extending her lead on Kajihara. She added three more on the third sprint and six on the last sprint, for 14. Kajihara only added two in the points race, but that was enough because Wild had trailed her by 18 going into the last race. This article originally appeared on USA TODAY: Jennifer Valente wins gold in women’s omnium at Tokyo Olympics.