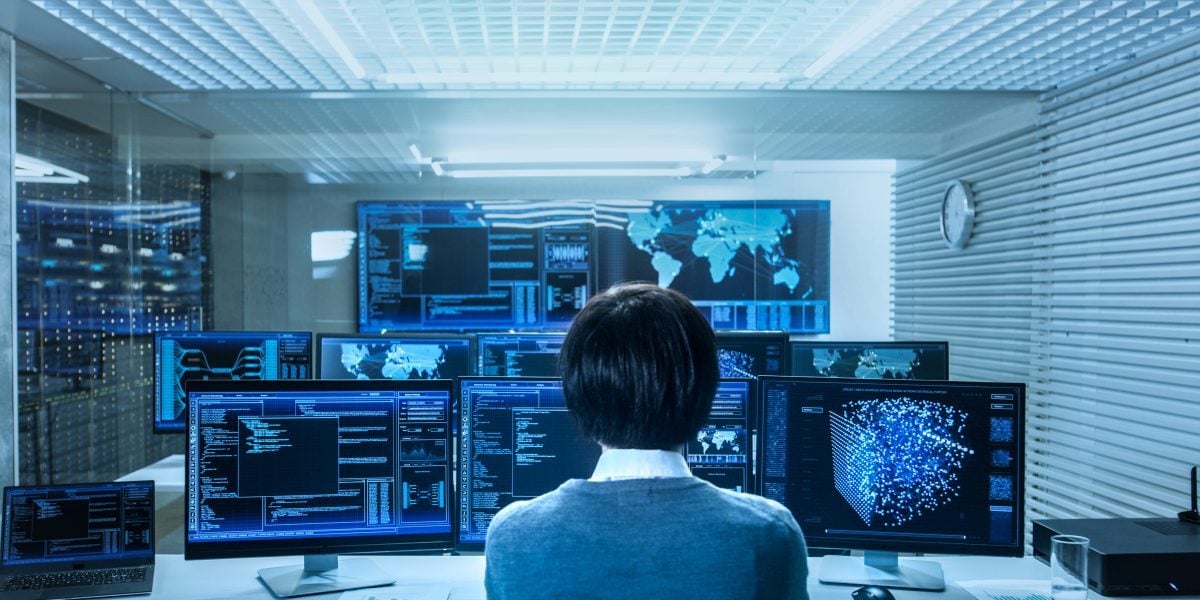 InfoSum, a startup that takes a federated approach to third-party data enrichment, has launched a new product (InfoSum Bridge) that it says significantly expands its platform’s customer identity linking capabilities.

“InfoSum Bridge incorporates multiple identity providers across every identity type — both online and offline, in any technical framework — including deterministic, probabilistic, and cohort-level matches,” it writes in a press release. It’s also disclosing some early adopters of the product — naming data-for-ads and data-aggregator giants Merkle, MMA, and Experian as dipping in.

The idea is that they can continue to enrich (first-party) data by making linkages, via InfoSum’s layer, with other ‘trusted partners’ who may have gleaned more tidbits of info on those self-same users. InfoSum says it has 50 enterprise customers using InfoSum Bridge at this point. The three companies it’s named in the release all play in the digital marketing space.

The 2016-founded startup (then called CognitiveLogic) sells customers a promise of ‘privacy-safe data enrichment run via a technical architecture that allows queries to be run — and insights gleaned — across multiple databases yet maintain each pot as a separate silo. This means the raw data isn’t being passed around between interested entities.

Why is that important? Third-party data collection is drying up after one (thousand) too many privacy scandals in recent years — combing with the legal risk attached to background trading of people’s data as a result of data protection regimes like Europe’s General Data Protection Regulation.

That puts the spotlight squarely on first-party data. However, businesses whose models have been dependent on access to big data about people — i.e., being able to make scores of connections by joining up information on people from different databases/sources (aka profiling) — are unlikely to be content with relying purely on what they’ve been able to learn by themselves. 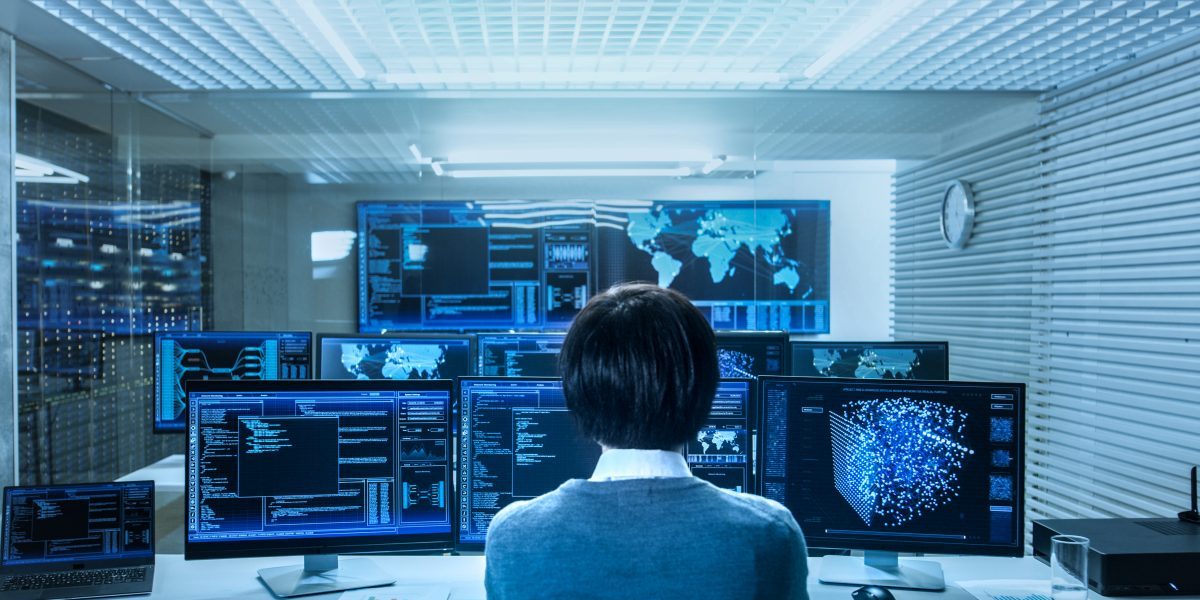 This is where InfoSum comes in, billing itself as a “neutral data collaboration platform”. Companies that may have been accustomed to getting their hands on lashings of personal data in years past due to rampant, industry-wide third party data collection (via technologies like tracking cookies) combined with (them) lax data governance — are having to cast around for alternatives. And that appears to be stoking InfoSum’s growth.

And on the marketing front, remember, third-party cookies are in the process of going away as Google tightens that screw. “We are growing faster than Slack (at an equivalent stage, e.g., Series A->B) because we are the one solution that is replacing the old way of doing things,” founder Nick Halstead tells TechCrunch. “Experian, Liveramp, Acxiom, TransUnion, they all offer solutions to take your data. InfoSum is offering the equivalent of the ‘Cisco router for customer data’ — we don’t own the data. We are just selling boxes to make it all connect.”

“The announcement today — ‘InfoSum Bridge’ — is the next generation of building the ultimate network to ‘Bridge the industry chasm’ it has right now of 100’s of competing ID’s, technical solutions and identity types, bringing an infrastructure approach,” he adds. We took a deep dive into InfoSum’s first product back in 2018 — when it was just offering early adopters a glimpse of the “art of the possible”, as it put it then. Three+ years on, it’s touting a significant expansion of its pipeline, having baked in support for multiple ID vendors/types, as well as adding probabilistic capabilities (to do matching on users where there is no ID).

“InfoSum Bridge is an extension of our existing and previous infrastructure. It enables a significant expansion of our customer identity linking and the limits of what is possible for data collaboration in a secure and privacy-focused manner. This is a combination of new product enhancements and the announcement of partnerships. We’ve built capabilities to support across all ID vendors and types but also probabilistic and support for those publishers with unauthenticated audiences.”

InfoSum bills its platform as “the future of identity connectivity”. Although, as Halstead notes, there is now growing competition for that concept, as the adtech industry scrambles to build out alternative tracking systems and ID services ahead of Google crushing their cookies for good. But it’s essentially making a play to be the trusted, independent layer that can link them all.

Precisely what this technical wizardry means for Internet users’ privacy is difficult to say. If, for example, it continues to enable manipulative microtargeting, that’s hardly going to sum to progress. InfoSum has previously told us its approach is designed to avoid individuals being linked and identified via the matching — with, for example, limits placed on the bin sizes. Although its platform is also configurable (which puts privacy levers in its customer’s hands). Plus, there could be edge cases where overlapped datasets result in a 100% match for an individual. So a lot is unclear.

The security story looks cleaner, though. Suppose the data is managed correctly by InfoSum (and it touts “comprehensive independent audits” and points to the decentralized architecture as an advantage). In that case, that’s a significant improvement on — at least — one alternative scenario of whole databases being passed around between businesses which maybe (to put it politely) disinterested in securing people’s data themselves.

InfoSum’s PR includes the three canned quotes (below) from the trio of marketing industry users it’s disclosing today. All of whom sound very happy indeed that they’ve found a way to keep their “data-driven” marketing alive while simultaneously getting to claim it’s “privacy-safe”. John Lee, Global Chief Strategy Officer, Merkle:

“The conversation around identity is continuing to be top of mind for marketers across the industry, and as the landscape rapidly changes, brands must have avenues to work together using first-party identity and data in a privacy-safe way. The InfoSum Bridge solution provides our clients and partners a way to collaborate using their first-party data, resolved to Merkury IDs and data, with even greater freedom and confidence than with traditional cleanroom or safe haven approach.”

Lou Paskalis, Chairman, MMA Global Media, and Data Board: “As marketers struggle to better leverage their first-party data in the transition from the cookie era to the consent era, I would have expected more innovative solutions to emerge.  One bright spot is InfoSum, which offers a proprietary technology to connect data, yet never share that data.

Colin Grieves, Managing Director Experian: “At Experian, we are committed to a culture of customer-centric data innovation, helping develop more meaningful and seamless connections between brands and their audiences. InfoSum Bridge gives us a scalable environment for secure data connectivity and collaboration. The bridge is at the core of the Experian Match offering, which allows brands and publishers alike the ability to understand and engage the right consumers in the digital arena at scale while safeguarding consumer data and privacy.”

The thing is, clever technical architecture that enables extensive data-fuelled modeling and profiling of people to continue, via pattern matching to identify ‘lookalike’ customers who can (for example) be bucketed and targeted with ads, doesn’t actually sum to privacy as most people would understand it… But, for sure, impressive tech architecture guys.

The same issue attaches to FloCs, Google’s proposed replacement for tracking cookies — which also relies on federation (and which the EFF has branded a “terrible idea”, warning that such an approach actually risks amplifying predatory targeting).

The tenacity with which the marketing industry seeks to cling to microtargeting does at least underline why rights-focused regulatory oversight of adtech is going to be essential if we’re to stamp out systematic societal horrors like ads that scale bias by discriminating against protected groups or the anti-democratic manipulation of voters that’s enabled by opaque targeting and hyper-targeted messaging, circumventing the necessary public scrutiny.

Tl;dr: Privacy is not just crucial for the individual. It’s a collective good. And keeping that collaborative commons safe from those who would seek to exploit it — for a quick buck or worse — is going to require a whole other type of oversight architecture.