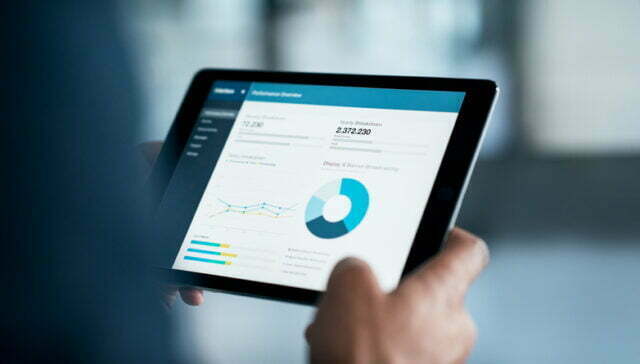 India reported a global one-day record of more than 314,000 new infections Thursday as a coronavirus surge in the world’s second-most populous country overwhelms a fragile health care system critically short of hospital beds and oxygen. A month ago, India reported fewer new cases in a week than it is now reporting in a day.

India’s total of 15.9 million cases since the pandemic began is second to the United States. India Prime Minister Narendra Modi chaired a high-level meeting Thursday to find ways to provide more desperately needed oxygen to hospitals across the nation of 1.4 billion people. A large number of hospitals are also reporting acute shortages of beds and medicine.

Fatalities in India rose by 2,104 in one day, raising the country’s overall death toll to 184,657, the Health Ministry said.  President Joe Biden announced Wednesday that the nation has administered 200 million COVID vaccine doses. That’s good news as evidence builds that COVID-19 infections in fully vaccinated people are rare. “Today, we did it,” Biden said, calling the achievement a “powerful demonstration of unity and resolve.”

►New Mexico health officials concerned about vaccination rates say they are exploring recruitment of “community champions” – trusted residents of regions with vaccine hesitancy who can address concerns about safety and efficacy.

►Turkey, grappling with soaring infections, has announced that it is extending an upcoming weekend lockdown to include a public holiday on Friday.

►The Senate Foreign Relations Committee overwhelmingly approved a China competition bill that includes an investigation by the director of National Intelligence on the theory that COVID-19 could have leaked from the Wuhan Institute of Virology.

►An “emergency brake” plan by German Chancellor Angela Merkel’s government has cleared its final legislative hurdle, an ” emergency brake ” plan to mandate uniform restrictions in areas where the coronavirus is spreading too quickly.

📈 Today’s numbers: The U.S. has more than 31.8 million confirmed coronavirus cases and 569,000 deaths, according to Johns Hopkins University data. The global totals: more than 143.9 million cases and 3 million deaths. According to the CDC, nearly 277.9 million vaccine doses have been distributed in the U.S., and almost 215.9 million have been administered.

📘 What we’re reading: With several states lifting mask mandates and COVID-19 vaccination rates on the rise, travelers are starting to ask when they will be able to fly without wearing a mask. It shouldn’t be anytime soon, flight attendants say. Keep refreshing this page for the latest updates. Want more? Sign up for our Coronavirus Watch newsletter for updates to your inbox and join our Facebook group.

Article Summary show
The U.S. among world leaders, Israel atop the list of vaccinated nations
States line up to curb the use of ‘vaccination passports.’
Frustrated with CDC rules, cruise lines take business, ships elsewhere.
Flight attendants want airline mask mandates extended.
Americans grappling with the death of loved ones – and their taxes
COVID-19 infections in vaccinated people uncommon, CDC study says
Biden calls on employers to offer paid time off for vaccinations.
77 inmates at Iowa prison given incorrect overdoses of Pfizer vaccine

The U.S. among world leaders, Israel atop the list of vaccinated nations

More than 40% of Americans have been partially vaccinated, ranking the U.S. near the top in vaccination rates, Our World In Data reports. The group lists Israel as leading the globe, with 62% of its 9 million people getting at least one shot. Others high on the list included the United Kingdom, with 49%, United Arab Emirates, Chile, and Bahrain.

According to a study by the global advocacy group ONE, the world’s wealthiest countries have collectively bought 1 billion more doses than their citizens need. The rest of the world has only secured 2.5 billion doses – not enough to vaccinate their populations.

States line up to curb the use of ‘vaccination passports.’

Indiana could become the next state to ban or place limits on “vaccination passports.” Lawmakers in Indiana inserted language into an unrelated bill prohibiting state and local governments from requiring employees to prove they have received the COVID vaccine. The language is not strong enough for some social conservatives who also want private businesses banned from requiring proof of vaccinations. Arizona, Florida, Idaho, Montana, and Texas are states where governors have prohibited or limited “vaccination passport” use.

Cruise lines are slowly moving ships abroad after more than a year without sailing in U.S. waters because of the COVID-19 pandemic. Typically, nearly half of cruises worldwide depart from U.S. ports, according to a 2019 report from Cruise Lines International Association. However, the Centers for Disease Control and Prevention’s “conditional sailing order” keeps ships from sailing.

Major cruise lines, including Royal Caribbean, Norwegian and Virgin Voyages, have announced sailings in other parts of the world, including the Caribbean, the United Kingdom, and Israel. “If the CDC doesn’t listen to reason, well, we’ll move our ships out of the U.S.,” said Frank Del Rio, CEO of Norwegian Cruise Line Holdings. – Morgan Hines

The federal mask mandate on planes and in airports, signed by President Joe Biden in January and due to expire May 11, should be extended through September, the president of the most extensive flight attendants union said. Sara Nelson, president of the Association of Flight Attendants-CWA, told a Senate subcommittee that the nation remains “in the middle of a crisis.”

“I do think it’s important that we recognize that and stay the course here with the mask policies, with all of our diligence (and) with the efforts to get the vaccine out to everyone,” Nelson said. U.S. airlines have required passengers to wear masks for nearly a year and repeatedly asked for a federal mask mandate to help them enforce it on flights. The efforts were unsuccessful until Biden took office. – Dawn Gilbertson

Americans grappling with the death of loved ones – and their taxes

When someone passes away, their tax headaches don’t die with them. In fact, those obligations can further complicate the lives of survivors:  Federal estate taxes may be due, and state inheritance taxes could come into play as well. Hundreds of thousands of Americans mourning the deaths of loved ones to the coronavirus are now dealing with the tax paperwork they left behind. That can often be complicated and time-consuming. Read more here.

“You still have to reconcile tax liabilities in the year of death when you had income,” says Mark Steber, Chief Tax Information Officer at Jackson Hewitt. “Sooner or later, someone will have to clean it up, and it usually falls to a family member.” – Jessica Menton.

Health officials have released more evidence that COVID-19 infections in fully vaccinated people are uncommon. The latest study looked at current conditions in about 75 Chicago skilled nursing facilities. Nearly 8,000 residents and almost 7,000 staff received two doses of vaccine at the facilities. In those fully vaccinated, health officials detected 22 breakthrough infections. Most experienced no symptoms, but two were hospitalized, and one died.

Other statistics have suggested breakthrough rates are significantly lower. However, residents of nursing homes and other skilled nursing facilities tend to be older and frailer than the overall population, and some studies have suggested vaccine effectiveness can be lower in that group. The Centers for Disease Control and Prevention on Wednesday posted the study online.

Biden calls on employers to offer paid time off for vaccinations.

Sensing a shift in the nation’s COVID-19 inoculation campaign from insufficient supply to dwindling demand, the Biden administration is trying to make it easier for Americans to get their shots. President Joe Biden on Wednesday urged employers big and small to give their workers paid time off to get vaccinated and, if necessary, to recover from side effects. Biden said employers with fewer than 500 workers can get a tax reimbursement to cover the expense.

“No working American should lose a single dollar from their paycheck because they chose to fulfill their patriotic duty and getting vaccinated,” Biden said. Only 43% of working adults in the U.S. have received a COVID vaccine shot.

77 inmates at Iowa prison given incorrect overdoses of Pfizer vaccine

The department confirmed that staff from the Iowa Department of Corrections incorrectly gave 77 inmates overdoses of the Pfizer COVID-19 vaccine. Cord Overton, a spokesperson for the department, did not say how much extra vaccine each inmate was given.

But Kimberly Koehlhoeffer, 51, of Fairfield, told the Des Moines Register, part of the USA TODAY Network, that her son, Anthony Koehlhoeffer, is among those 77 inmates. She said Anthony told her doctors informed him and others they had received “six times the recommended amount.”

Kimberly Koehlhoeffer said her son and other inmates have experienced symptoms that include nausea, lack of appetite, severe bruising at the injection site, and severe dehydration. In an emailed statement to the Des Moines Register, Overton stated that once the department was made aware of the error, its staff immediately sought guidance from the federal Centers for Disease Control and Prevention and Pfizer. – Andrea May Sahouri, Des Moines Register