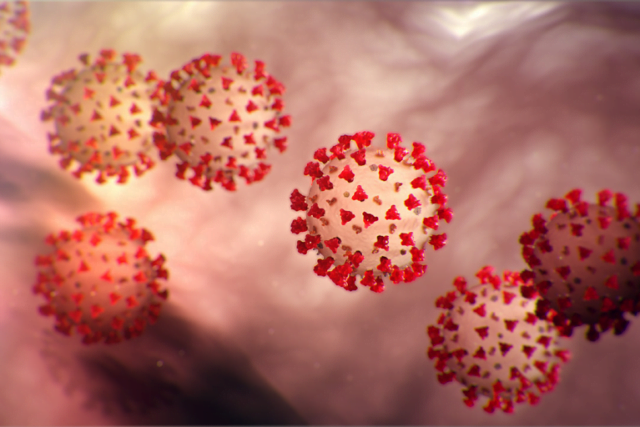 The U.S. will send desperately needed vaccine supplies and experts to India, overwhelmed by one of the worst coronaviruses surges the world has seen, National Security Adviser Jake Sullivan told his counterpart in India on Sunday.

The U.S. will also consider sending millions of surplus AstraZeneca vaccines to India, Dr. Anthony Fauci told ABC’s “This Week.” AstraZeneca’s vaccine has not yet won emergency use authorization in the U.S. The offers come as the U.S. and other developed nations complain about stockpiling vaccine doses while poorer countries struggle to obtain them. Britain has agreed to ship ventilators to India; the European Union is offering oxygen and other supplies.

“Just as India sent assistance to the United States as our hospitals were strained early in the pandemic, the United States is determined to help India in its time of need,” a statement from National Security Council spokesperson Emily Horne said.

“The United States also is pursuing options to provide oxygen generation and related supplies on an urgent basis,” the statement added. To help speed India’s vaccine manufacturing, Sullivan said the U.S. Development Finance Corp. will back a “substantial expansion” for BioE, which makes the vaccine, to allow it to reach 1 billion doses by the end of 2022. And a team of experts from the Centers for Disease Control and Prevention and USAID is being deployed to India.

►More than half of Kansas’ 105 counties have turned down their weekly allotment of coronavirus vaccine doses because demand for the shots has declined.

►A Spanish man with COVID-19 symptoms coughed on work colleagues and told them, “I’m going to give you all the coronavirus,” has been charged with intentionally causing injury after allegedly infecting 22 people in Mallorca.

►Japan’s department stores, bars, and theaters shuttered Sunday as part of emergency measures to slow a surge in infections. The 17-day restrictions are declared for Tokyo, Kyoto, Hyogo, and Osaka, ahead of the “Golden Week” holidays.

📈 Today’s numbers: The U.S. has more than 32 million confirmed coronavirus cases and 572,000 deaths, according to Johns Hopkins University data. The global totals: More than 146.7 million cases and 3.1 million deaths. According to the CDC, more than 290 million vaccine doses have been distributed in the U.S., and 228 million have been administered.

📘 What we’re reading: As COVID-19 vaccines roll out across the state, many in California’s Slab City – fondly called “the last free place” by residents – either don’t want to be vaccinated or remain hesitant to get their shot. Keep refreshing this page for the latest updates. Want more? Sign up for our Coronavirus Watch newsletter for updates to your inbox and join our Facebook group.

NIH chief pitches J&J vaccine for all; not all agree

Dr. Francis Collins, director of the National Institutes of Health, is all-in on the J&J vaccine for everyone, even though it has been linked to rare but dangerous blood clots in 15 women, mostly under 50. Speaking on NBC’s Meet the Press, Collins said that regardless of age or gender, “when you consider the nature of this risk, this is truly a rare event.” The benefits “greatly outweigh the risks, even for younger women,” he said.

Dr. Leana Wen, an author and professor at George Washington University doesn’t concur, saying the default position for women under 50 should be to find another vaccine. “I respect @NIHDirector very much. However, I disagree with him strongly,” tweeted Wen, who said she chose to receive the J&J vaccine.

As a woman under 50, Wen says she wouldn’t make the same decision now. While the risk is low, she said that the Moderna and Pfizer vaccines don’t carry the risk. “If I knew then what I know now about the risk of a rare but serious blood clotting disorder, I would have chosen another vaccine,” she said.

MIT professors challenge the safety of the 6-foot rule

Six feet of distance or 60 feet of reach – it makes little difference indoors for avoiding exposure to COVID because tiny droplets tend to distribute throughout closed spaces, an MIT study says. Authors Martin Bazant, a professor of chemical engineering at the school, and John Bush, director of MIT’s Applied Math Laboratory, factor in the extent to which transmission risk is reduced in large rooms with high air exchange rates, increased for more vigorous respiratory activities and dramatically reduced by the use of face masks. “The current revival of the American economy is being predicated on social distancing, specifically the six-foot rule, a guideline that offers little protection,” the study says.

California and New York were among states administering the Johnson & Johnson COVID vaccine Sunday after their governors signed off on resuming the use of the one-dose shot. The J&J product could expedite mass vaccinations as Americans grow weary of wearing masks, and a new study indicates social distancing indoors may not be helping much.

“After additional review of the J&J #COVID19 vaccine, CA will resume administering it immediately,” California Gov. Gavin Newsom tweeted late Saturday. “Grateful to count me one of the 1 million Californians to receive this safe, effective vaccine.”

Arizona, Colorado, Connecticut, Indiana, Louisiana, Maine, Massachusetts, Michigan, Missouri, Nevada, Tennessee, Texas, and Virginia also have given the green light to the J&J vaccine. Federal health officials recommended pausing use of the vaccine almost two weeks ago after a rare blood clotting disorder was associated with the shot.

The government has uncovered 15 vaccine recipients who developed a highly unusual blood clot out of nearly 8 million people given the J&J shot. Three died, and seven remained hospitalized. Federal health officials dropped the recommendation Friday, saying the vaccine is critical to fighting the pandemic and that the small clot risk could be handled with warnings.

The death toll rose to 82 Sunday after an explosion and fire in the intensive care unit of a Baghdad hospital tending to severely ill Iraqi coronavirus patients. Iraq’s Interior Ministry said 110 others were injured. Negligence on the part of hospital authorities has been blamed for the Saturday night blaze that initial reports suggest was caused when an oxygen cylinder exploded in the ward of Ibn al-Khatib hospital. Prime Minister Mustafa Al-Kadhimi fired critical hospital officials hours after the catastrophic incident and demanded that the Interior Ministry complete an investigation within 24 hours.

Relatives were still searching anxiously on Sunday for missing loved ones. “Please, two of my relatives are missing. … I am going to die (without news about them),” posted a young woman on social media. “I hope someone can help us find Sadi Abdul Kareem and Samir Abdul Kareem; they were in the ICU.”

The world isolates. A New Zealand band plays to 50,000 fans

While much of the world remains hunkered down, the band Six60 has played to huge crowds in New Zealand, where social distancing isn’t required after the nation stamped out the coronavirus. The band’s tour finale on Saturday night was billed as the largest concert in the world since the pandemic began.

Equally momentous for band members who met while playing rugby in college was getting to play the first concert ever held at the storied Eden Park rugby stadium. And finding themselves at the apex of world music came as a twist for Six60, which has enjoyed unparalleled success in New Zealand but whose forays abroad have ended without the breakthroughs they sought.