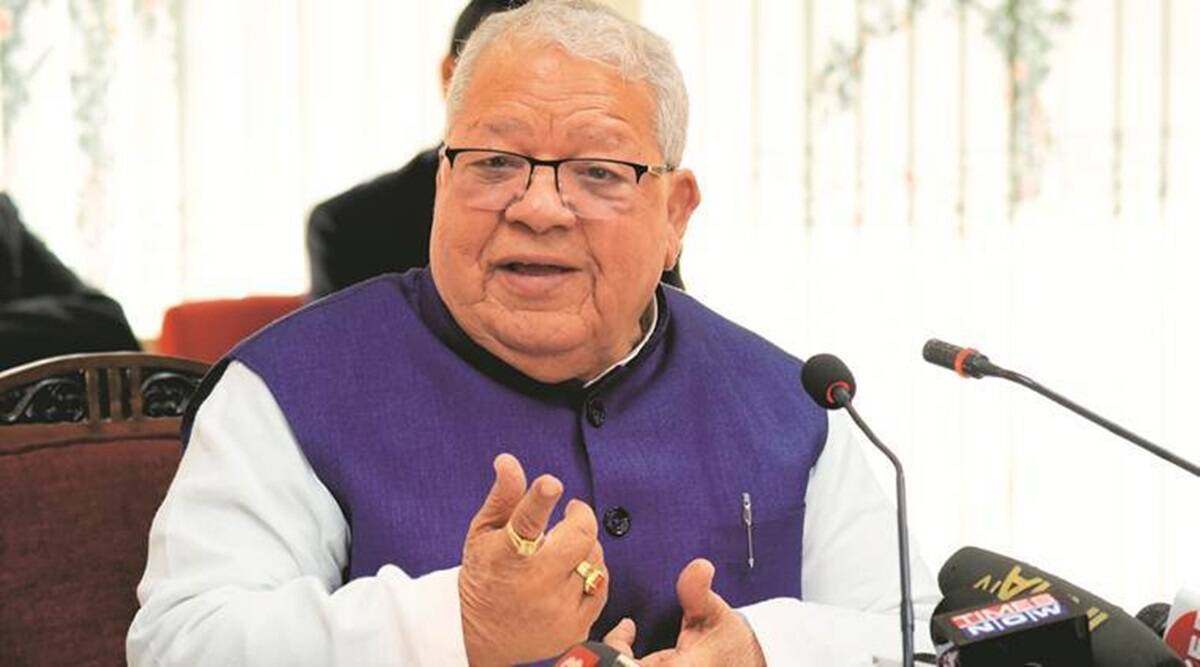 ALBANY – New York State Assembly Speaker Carl Heastie on Tuesday said Gov. Andrew Cuomo “can no longer remain in office,” a critical blow to the governor’s chances of staying in power after a damning report earlier in the day detailed his sexual harassment of female aides.

Assembly Democrats, who hold a vast majority, met privately on a video conference call for nearly three hours to discuss the report and were mainly agreeing to move forward with articles of impeachment if the Democratic governor doesn’t resign, lawmakers in attendance told the USA TODAY Network New York.

“After our conference this afternoon to discuss the Attorney General’s report concerning sexual harassment allegations against Governor Cuomo, it is abundantly clear to me that the Governor has lost the confidence of the Assembly Democratic majority and that he can no longer remain in office,” Heastie said in a statement. 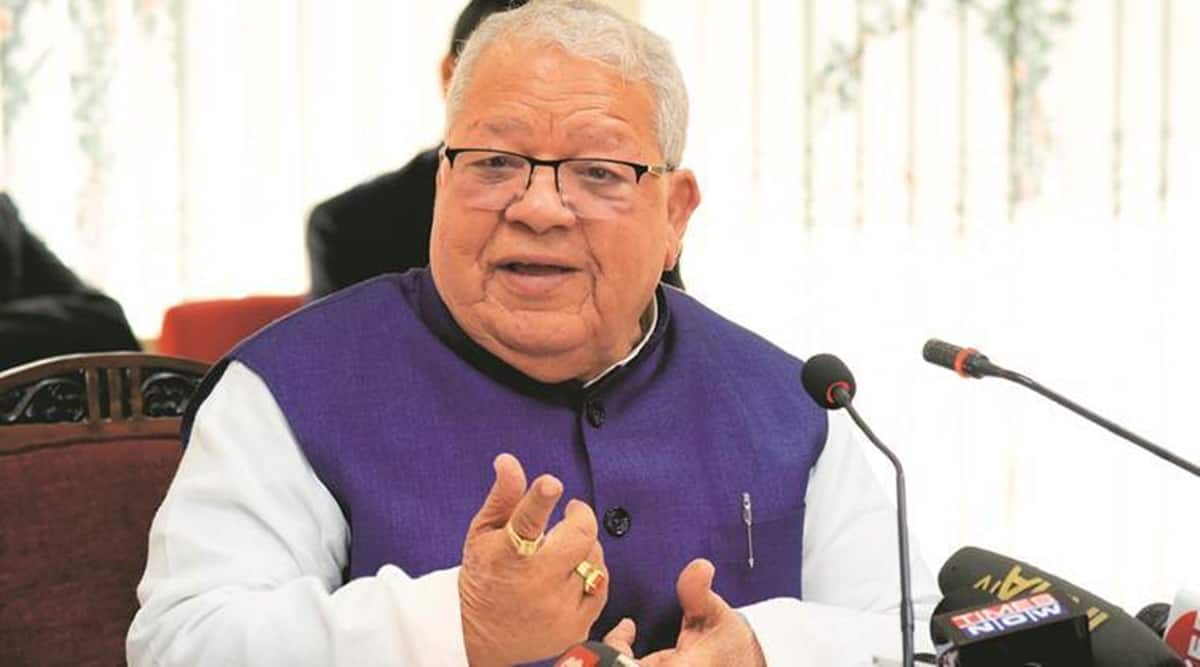 “Once we receive all relevant documents and evidence from the Attorney General, we will move expeditiously and look to conclude our impeachment investigation as quickly as possible.” The statement came moments after President Joe Biden also called on Cuomo to resign after the report’s release earlier in the day by state Attorney General Letitia James.

Biden didn’t weigh on whether Cuomo should be impeached, saying only, “Let’s take one thing at a time here. I think he should resign.” Cuomo has so far vowed to stay in office, releasing a 14-minute video in his defense and putting out an 85-page rebuttal from his private attorney to James’ findings.

“My job is not about me; my job is about you,” he said. “What matters to me at the end of the day is getting the most done I can for you.  And that is what I do every day. And I will not be distracted from that job.”

Article Summary show
Fighting for political survival
What Cuomo’s next move will be is unclear.
What happens next with Cuomo?
Cuomo offers a defense.

Cuomo has been able to keep at bay Assembly members’ calls for his resignation after the allegations against him first surfaced earlier this year, and James launched her probe in March. And Heastie asked the Assembly Judiciary Committee to conduct its own investigation into Cuomo, which is still ongoing.

But Assembly Democrats on Tuesday sounded poised to move ahead with the articles of impeachment as soon as possible if Cuomo doesn’t resign, lawmakers said. “I will not comment on the merits of the impeachment, but it is clear that a significant majority of the entire Assembly is reflecting the views of so many in the public that they would prefer the governor to avoid the need for the continuation of the impeachment investigation and for him to resign,” said Assemblyman Tom Abinanti, D-Greenburgh, told the USA TODAY Network New York.

In a statement, fellow Westchester lawmaker Amy Paulin, D-Scarsdale, said: Cuomo “needs to resign now, and if that does not happen, we in the Assembly must begin impeachment proceedings.”

What Cuomo’s next move will be is unclear.

He has pledged to fight to stay in office. His term runs until the end of 2022. He’s been so defiant that he hasn’t even ruled out running for a fourth term next November. He was first elected in 2010. But both leaders of the state Legislature want him to go and Biden and all leading Democrats in the state, including Sens. Chuck Schumer and Kirsten Gillibrand.

“Now that the investigation is complete and the allegations have been substantiated, it should be clear to everyone that he can no longer serve as Governor,” Senate Majority Leader Andrea Stewart-Cousins, D-Yonkers, said in a statement.

Assemblyman Ken Zebrowski, a Rockland County Democrat who sits on the Judiciary Committee, said the chamber’s ongoing investigation will inform the decision on whether to impeach and provide the basis for a potential case against the governor.

If the Assembly decides to impeach Cuomo, he would be subject to a trial before a joint session and the state Court of Appeals. The Assembly would lead the case. Even under the quickest of scenarios, it would require time to put that case together.

“There is still work to be done,” Zebrowski said. “There is work to be done to make sure that if we impeach, we have all the necessary information and documents to present a thorough case like you would see in any courtroom around the country.”

What happens next with Cuomo?

Earlier Tuesday, Cuomo again contended he never touched anyone inappropriately and stressed that he often kisses and hugs people he meets and works with, showing a slideshow of him doing so with elected leaders and people at events for years.

James, however, said her investigation was civil in nature, and it would be up to prosecutors to pursue anything criminally. “The matter is civil in nature and doesn’t have any criminal consequences,” she said. She also stayed out of the fray when it came to what happens next with Cuomo.

“That decision is ultimately up to the governor of the state of New York,” she said on whether he resigns. James later added she has shared her investigative work with the Assembly Judiciary Committee. Albany County District Attorney David Soares acknowledged Tuesday his office has an active criminal investigation involving the governor.

Cuomo, in particular, singled out the allegations by former aide Charlotte Bennett, who accused him on national TV and in media reports of asking inappropriate questions of her last year.  But Cuomo said she misunderstood his intentions, saying he was trying to help Bennett as a victim of sexual abuse and explaining he had a close family member who was also an abuse victim.

“They read into comments that I made and draw inferences that I never meant,” Cuomo said. “Simply put, they heard things that I just didn’t say.” Still, Cuomo did apologize to Bennett and said his office will bring on a harassment-training expert to help implement changes in state policy.

“I accept responsibility, and we are making changes,” Cuomo said. “We have to get the job done. I promised you that I would, and I will.” Bennett’s attorney Debra Katz disagreed with Cuomo’s assertion. “The findings released today demonstrate what Charlotte Bennett stated publicly, at great personal cost, more than six months ago,” Katz said in a statement.

“Governor Cuomo sexually harassed her during her employment as his executive assistant, and his enablers protected him and covered it up.” Includes reporting by New York State Team editor Jon Campbell.

Joseph Spector is the Government and Politics Editor for the USA TODAY Network’s Atlantic Group, overseeing coverage in New York, New Jersey, Pennsylvania, Maryland, and Delaware. He can be reached at JSPECTOR@Gannett.com or followed on Twitter: @GannettAlbany