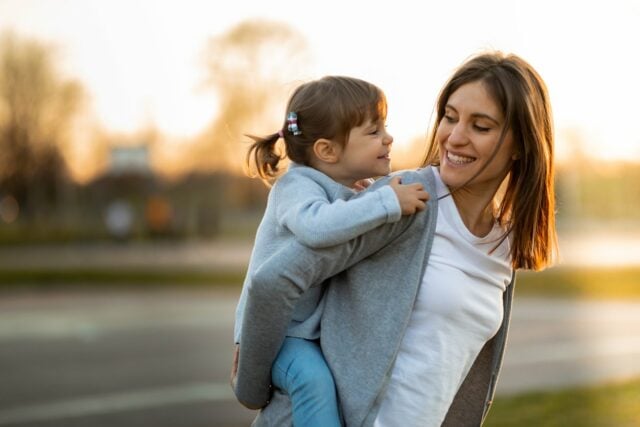 in a candid Instagram post about her experience with body dysmorphic disorder, the 27-year-old fashion designer admits that she “punished myself for not looking like my mom, after being told I was [Bruce Willis’s] twin since birth.” She adds, “I resented the resemblance as I believed wholly my ‘masculine’ face was the sole reason for my unlovability.”

Willis has come to realize that’s “false” and that she “was/am inherently valuable and worthy, at any life stage, at any size, with any hair ‘do!” It’s one of many lessons she’s learned over the years, she told her followers. Willis, who posted photos of herself alongside old pictures of her famous mom, also shared her observations on aging and self-love.

“Aging happens without your control,” she wrote. “Time passes and your face can change.” Another lesson: “You need to soothe the wound within your soul before trying to ‘fix’ the outsides.” Willis, who has joined sisters Rumer and Scout in being frank about mental health on social media, also offered advice to others who might also be struggling with body dysmorphic disorder or feelings of insecurity.

“Be mindful of the special and impressionable minds around you and their access to social media and potential triggering imagery or the indicators that hyper-focusing on one’s appearance goes deeper than just wanting to feel good in their own skin,” Willis, who last fall pulled down a selfie after commenters complained that her body was “triggering,” wrote.

“We all want to feel good and confident but when it creeps into a deeper, spookier place where it begins to devour your essence bit by bit, ask for help. Do not feel ashamed — this is not a ‘stupid, vain issue,’ this is genuine psychological pain, and I see you so clearly and witness the validity in your struggle.”

She went on to share her own techniques for pulling herself out of a “BDD spiral,” including getting off social media; avoiding mirrors; writing (“word vomit everything that is gurgling within your mind”; breathing exercises; taking baths, and reaching out for support. “Find a safe person, circle, community with who you can vocalize the triggering moment/current obsession/spiral,” she suggested.

Many commenters, including Tess Holliday, praised Willis for being so open and vulnerable in her post, which follows last month’s admission that she had “slipped up on some deeply wounding negative self-talk, ancient narratives resurfaced and the noggin goblin I thought I had banished for at least a few more months had resumed his banshee-like screeches.” “You can’t turn down the volume, and suddenly you lose the grip on your toolkit of recovery, and in no time at all, you are a soupy mess of insecurity and micro-obsession,” she wrote on Instagram.