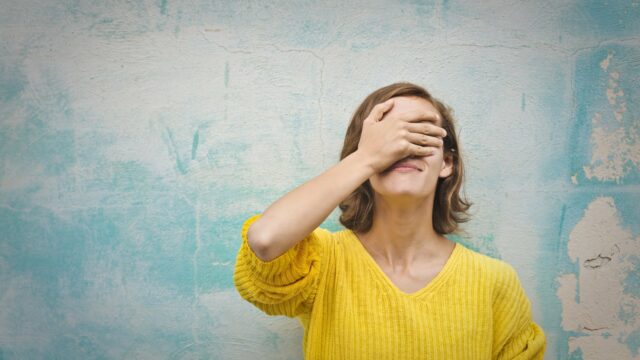 Tia Mowry opens up about parenting and cooking kid-friendly, lactose-free meals. (Photo: Getty Images; designed by Quinn Lemmers) Welcome to So Mini Ways, Yahoo Life’s parenting series on the joys and challenges of childrearing. She first found fame alongside twin sister Tamera Mowry on the ’90s sitcom Sister, Sister, but these days Tia Mowry’s standing on her own as an actress, cookbook author, and mom of two children with actor husband Cory Hardrict: son Cree, 10, and daughter Cairo, 3.

As a mom, Mowry — currently starring in the Netflix series Family Reunion — has been candid about the challenges of parenting, from breastfeeding to the pressure to bounce back after giving birth. And with her latest cookbook, The Quick Fix Kitchen (out Sept. 28), she’ll be sharing her foodie secrets for family-friendly fare.

Mowry’s also combining her two passions with the Sesame Street-inspired “Cook with Comfort” series in partnership with Lactaid. Mowry — who was in high school when she discovered she had a sensitivity to lactose — is whipping up dairy-free recipes sure to dazzle young eaters. Elmo’s Overnight Oats, anyone? Here, the star shares her tricks for feeding her own family, why she’s been outspoken about the postpartum experience, and how her son is following in his parents’ acting footsteps. Are your kid’s picky eaters?

I think all kids are picky eaters, and actually, my pediatrician told me that there was a reason for this during the survival stages when we were humans on this earth a long time ago, so it’s not normal to be picky. But I do have picky eaters at the house. I’m a mom of two, so I’ve learned how to navigate through that. Number one, the easiest thing is to hide [laughs].

Of course, we want our kids to have vegetables and all of the healthier choices out there, and I usually do that with smoothies. The kids will start their morning with a smoothie. I’ll throw some fruit in there with some veggies and, of course, Lactaid milk because, like I said, we have a sensitivity to lactose in the family, and Lactaid has definitely helped us with that.

[Another piece of advice is to ] never give up. I’m that type of person where I just don’t give up even with parenting. If one day you put carrots in front of your child, and she doesn’t want to try it, try it five days later or try it two weeks later or try a month later. Eventually, they’re going to get curious, and they’re going to try it. I can tell you today, Cairo is now eating carrots. She was not at the beginning, but it’s been a big win for us. So I would say never give up.

Do you have any tips for moms who maybe like you are working but juggling those meals and trying to get food on the table quickly?

There are two things. I’m a huge fan of prepping; that’s the most time that goes into really cooking a meal. The cook time is not necessarily that long, depending on what you’re cooking and how much you’re cooking, but stuff kids like doesn’t necessarily take that long. So I would say, definitely prep, even if that’s on a Sunday. Come up with a meal plan for the family and get all of the kids in the family involved.

Like, “What do you want on Monday? Do you want spaghetti and meatballs on Monday? Do you want chicken salad on Tuesday?” Get them involved and make it fun. And then cut up your carrots, onions, garlic, wash your spinach — do all of the prep work first, and it will definitely save time. And also, know what you need for the week, and you know what you’re making, so you don’t have that overwhelmed, rushed feeling when you’re cooking.

The other thing is I love ise-pot meals, where you’re putting in everything tha you need. That’s your protein, your veggies, your starch. For example, if you’re making some chicken with some broccoli and carrots and some small cut-up potatoes, you can put all of that on a sheet tray, put it in the oven, and then you have a meal ready for the whole entire family. I love them as well because it’s less messy, so you don’t have 10 different pots on your stove, and there’s a massive chore after you’ve made dinner. Nobody has time for that.

After Cairo’s birth, you were really transparent about your postpartum experience and how your body looked. What sort of feedback have you gotten from that, and what has speaking out meant to you?

I have gotten a lot of feedback, and most of it has been positive — a lot of women saying like, “Thank you so much, you’ve inspired me.” And it was birthed because of what I personally went through after — no pun intended — I birthed my children. I had an unhealthy perspective because of what was pushed in society. So when I saw that my belly wasn’t flat after having a baby and I was not on the beach in a bikini saying, “Yeah, I just had a baby!” I literally thought something was wrong with me. I’m very serious.

Now, that does happen for some women, which is great and awesome — no knock to them. But I wanted to be an example for the other women that you necessarily didn’t see being celebrated or glorified in the press or just social media. So I did it because I wanted to see some change, and the feedback has definitely been positive and inspiring.

Do you think being a twin affects how you parent your children?

No, not at all. I think the most remarkable thing about being a twin, and I’ve learned as I’ve gotten older, is to celebrate our differences because we are not the same person; we are not the same people. We have different perspectives on things, and I feel like that’s what makes this world a beautiful place. When everybody’s the same, how can you learn, and how can you grow from one another?

And I feel like that’s the same thing with parenting. I’m so inspired. I have an inquiring mind about how certain people raise their children or do it because you learn from [it]. So yes, I have one way of doing things, but then I’m also inspired by the way my sister does things and vice versa. I remember going over to her house one day, and I was like, “Wait.

So [Tamera’s daughter] Ariah’s just sleeping in her own crib by herself?” [laughs] She was only 4 months old. And she was like, “Yeah!” I was like, “How did you do that?” Whereas my son creeps in the bed with me — not that there’s anything wrong with it, I really enjoy that. I just was curious, like, how did she do it?

You come from an acting family; your husband’s an actor… do you see your kids having those performer instincts?

I definitely see the instincts in my son. My son is funny. He’s definitely an entertainer. He wants to be the center of attention, and he’s always making us laugh. He’s actually pursuing acting. He has an agent, he has headshots, and he goes out for auditions. He hasn’t landed anything yet, but he’s not discouraged because he’s focusing on other things like basketball and your music. So I just monitor his peace and his happiness level, and as long as he’s happy and he’s OK doing it, then he’s gonna do it.

On the other hand, Cairo is so hard to get her to smile in front of a camera. This girl, when she sees us whip out a camera, or we’re videoing her, she will literally turn her back. She knows what she’s doing. She will turn her back, so we’re not getting the shot [laughs]. So I was like, OK, Cairo will be the president of the United States, and then Cree will go off and win the Oscar.

Your son is turning 10 this month. Is it a big deal for you to see him hitting those double digits?

It’s a massive deal for me; it’s an enormous deal for him. I will look at myself in the mirror now, and I’m like, Oh my gosh, you have a 10-year-old. Where did the time go? This happened so fast, and it’s actually inspiring me to continue to just hold onto those moments with my daughter. My daughter can’t stand it, but I’m always kissing her. I’m just kissing her and kissing her, and she hates it [laughs[ but I’m like, I don’t have a lot of time. You think you have a lot of time, but you don’t.

How excited are you to be working with Sesame Street on this series?

I was like a kid in a candy store when I found out that I would be working with Sesame Street, Elmo, and Cookie Monster. Not only am I a huge fan of Sesame Street, but my entire family’s also a huge fan… I’m having a lot of fun with it.

My entire family is sensitive to lactose, so Lactaid allows us to enjoy the benefit of natural milk because Lactaid is 100 percent real milk, just without the lactose. So I can enjoy the creaminess, texture, and flavor of real dairy because I am a foodie, and I love to cook… It has definitely been a game-changer for myself and my family. This interview has been edited for length and clarity.

Advantages of Working with a Divorce Attorney

Sleep Apnea and Life Insurance – Is There a Connection?