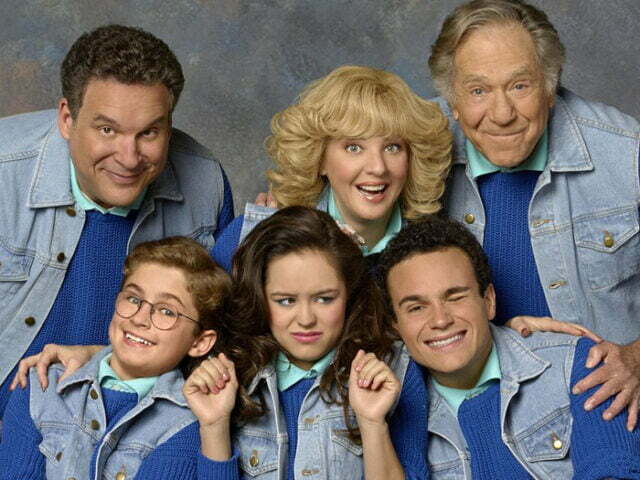 On ABC’s “The Goldbergs” Wednesday, George Segal’s final appearance was quintessential Pops: a mix of humor based on generational misunderstanding and folksy but legitimate wisdom, seasoned with plenty of heart. The 1980s-set family comedy, now in Season 8, closed with a touching 48-second video tribute to the longtime film and TV star, who died at 87 March 23 due to complications from bypass surgery.

After the episode ended, the screen shifted to a message: DEDICATED TO OUR FRIEND, GEORGE. That was followed by a series of clips featuring Segal in various scenes as grandfather Albert “Pops” Solomon, including some from his roles in the program’s signature film and TV re-creations: Pops as Batman, Pops in a straitjacket, Pops as one of the Ghostbusters – where his amusing pop-culture cluelessness was on display.  “Who ya gonna telephone? The Ghost Fellas,” he said, butchering the famed catchphrase.

The tribute also featured Segal on the banjo, an instrument he often played on late-night shows, along with his Pops offering loving hugs to family members and heartfelt advice: “If you just believe in yourself, like I do, you can’t lose.” The segment closed with a simple on-screen message: We will miss you, George. 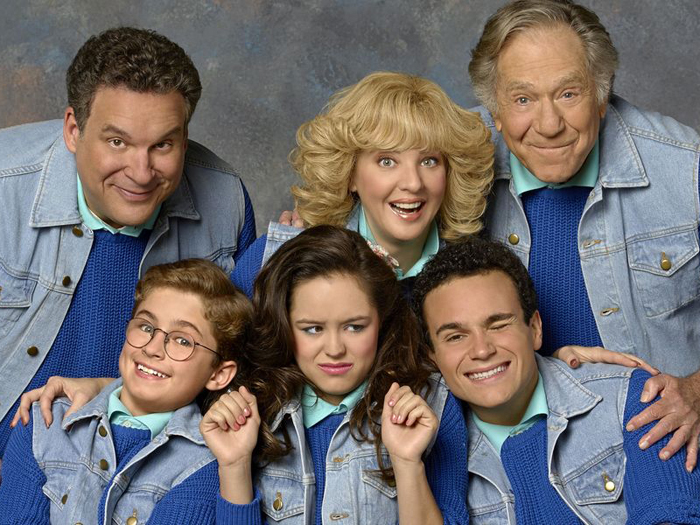 “The Goldbergs” capped a long, successful film and TV career for Segal, who received an Academy Award nomination for “Who’s Afraid of Virginia Woolf?” and starred in such movies as “The Hot Rock,” “Blume in Love,” “California Split” and “Fun with Dick and Jane.” Before “The Goldbergs,” he enjoyed a six-season run on the NBC comedy “Just Shoot Me!”

In the episode that preceded the tribute, Segal’s “Pops”, the father of Beverly and the grandfather of Erica, Barry, and Adam, had a typically small role measured in screen time. Still, size shouldn’t be confused with significance. To the end, the character remained a charming co-conspirator to aspiring filmmaker Adam (Sean Giambrone) – the youthful alter ego of series creator Adam F. Goldberg – providing both comic relief and essential life advice.

Wednesday’s episode opened with Adam re-creating the innovative pencil-sketch animation of A-ha’s 1985 “Take On Me” music video, with Pops and mom Beverly (Wendy McLendon-Covey) as his co-stars. Pops, of course, didn’t quite get the technology. “I still don’t understand why we have to be animated,” he said. “No, I do the animation after,” Adam explained. “It’s called rotoscoping.”

“Does it hurt?” Pops replied. “That’s a wrap for Pops,” Adam concluded. Segal’s Pops has always been a sage presence for all the laugh potential, grounding a family of characters known for their flights of whimsy. That came into play later in the episode, as Pops served as both sounding board and counsel when Adam tried to figure out ways to show his much less privileged girlfriend, Brea, that he wasn’t a coddled mama’s boy.

“Instead of trying to convince Brea that you’re not spoiled, why don’t you show her by getting a (bleeping) job?” Pops suggested. Adam listened, getting a job alongside Brea in an ice cream parlor, but he hated the hard work and concocted a scheme to get Beverly to interfere so he would be fired.  “This is a huge mistake,” Pops said. He was right, as usual.

Brea saw through the charade, leaving Adam without a job and (potentially) a girlfriend. Pops was not pleased. “You didn’t like working so hard, so you took the easy way out. Brea doesn’t like that. Frankly, I don’t either,” Pops said. In the words of the narrator, grown-up Adam (Patton Oswalt), “Pops’ disappointment was a rude awakening.” Chastened, Adam listened this time, getting back both his job and Brea. Moral: Always listen to Pops.

Segal received one final honor at the end of the video tribute, an appearance on executive producer Goldberg’s production card. Goldberg, who based the series on his own upbringing and often features family members in the closing credits, closed with a black-and-white picture of Segal and him. It was a deserved spot for a beloved family member, whether it’s  Goldberg’s “The Goldbergs” or the millions of fans who have enjoyed watching Segal over the decades in film and TV.