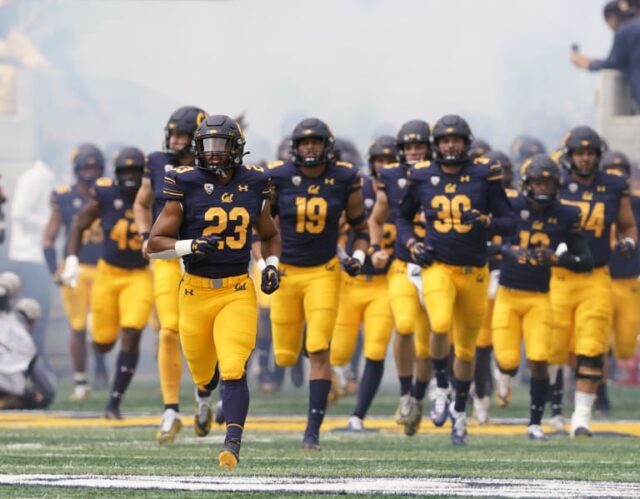 Article Summary show
On the addition of new material to the playbook:
On what Christopher Brooks adds to the table:
On Chase Garbers and what he’s done so far:
On the two true freshmen wideouts, Mavin Anderson and J. Michael Sturdivant:
Who’s competing at the center position:
On what Damien Moore needs to do to keep improving:
On what Ryan Glover brings to the table:
On Kai Millner through two days:

On the addition of new material to the playbook:

“I think we feel great about our 15 days of spring. We identified some concepts that we can really hang our hat on, both run and pass. We’re gonna keep honing our skills in those concepts and getting our guys ready for September 4th.”

On what Christopher Brooks adds to the table:

“He looks great; Christopher is working hard; he’s always working hard in my time here. He’s a terrific worker and leader. He had some soft tissue nagging injuries in 2020, but he’s worked to get back to being himself. He’s looked really outstanding these past couple of days.”

On Chase Garbers and what he’s done so far:

Chase is not getting the lion’s share of reps (overall). We’re splitting them evenly, but he’s doing an excellent job decision-making-wise. He had a great play to Kekoa Crawford today, a great decision, and a beautiful pass (55 yards for a TD).

“We’re hoping that they can contribute in some form or fashion, on special teams or on offense. They’ve got some ability, both guys have done a good job of studying the playbook, and both of them had some balls flying at them today. Mavin is at the flanker, J. Mike is at the split end; they’re on the field at the same time a lot, doing their thing.”

Who’s competing at the center position:

“Brian Driscoll is in the mix, Ben Coleman is in the mix, and of course Cindo, Cindo plays a lot of guard for us, but he’s a very skilled center; we’ve got some good candidates.”

On what Damien Moore needs to do to keep improving:

“I think to keep being himself, he had a perfect day; he’s good in the passing game coming out of the backfield running our choice routes. He’s sharp in pass protection; we trust him when it gets real exotic on the defensive side of the ball on third down.”

On what Ryan Glover brings to the table:

On Kai Millner through two days:

“Kai’s getting some play, all of our true freshmen are getting some plays, but we’ve got to be judicious with them; they can’t know a lot because they just got here. We’re keeping the volume toned down. Kai’s been out there taking his share.”