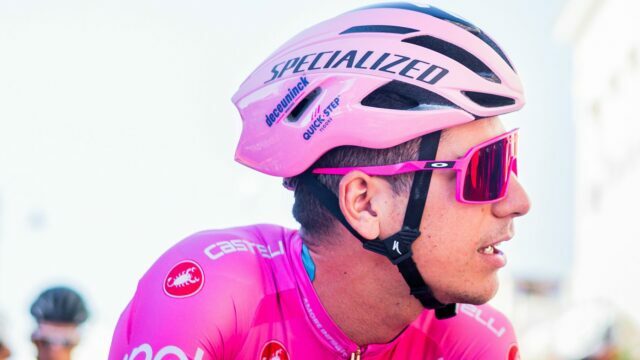 Catch up: Highlights from Monday’s stage

On a day that was blighted with technical issues due to the horrific weather conditions in the Italian Dolomites, live television pictures were, at best, intermittent. So this highlights package is pretty much what those of us glued to the gogglebox all day got to see.

Hello and welcome to our live rolling blog from stage 17 at the Giro d’Italia, the 193-kilometer run from Canazei to Sega di Ala. The clock is ticking on several riders’ hopes and ambitions at this year’s race following Egan Bernal’s (Ineos Grenadiers) latest display of dominance during Monday’s shortened stage in the Dolomites. With just three mountainous backdrops remaining, including Friday’s, which has also been compressed with the Mottarone climb removed following Sunday’s cable car crash in which 14 people were killed, anybody wanting to challenge Bernal must act soon.

Before we have a look at today’s stage, though, let’s remind ourselves about the standings in the top classifications. Having extended his lead in general, having descended into Cortina d’Ampezzo alone on Monday, Egan Bernal (Ineos Grenadiers) will wear the maglia rosa or leader’s pink jersey for the eighth day.

Given the nature of Monday’s stage, it will surprise nobody to learn that the upper echelons of the points classification remained the same as they were going into the scene, so Peter Sagan (Bora-Hansgrohe) keeps hold of the maglia ciclamino, the cyclamen jersey.

Geoffrey Bouchard (Ag2r-Citroën), the leader in the mountains classification, managed to get into the breakaway during stage 16, allowing him to take maximum points on the category one La Rosetta before Bernal crested the Giau first to close the gap on the Frenchman slightly courtesy of the extra 10 points on the Cima Coppi. Bouchard will wear the maglia azzurra, the blue jersey.