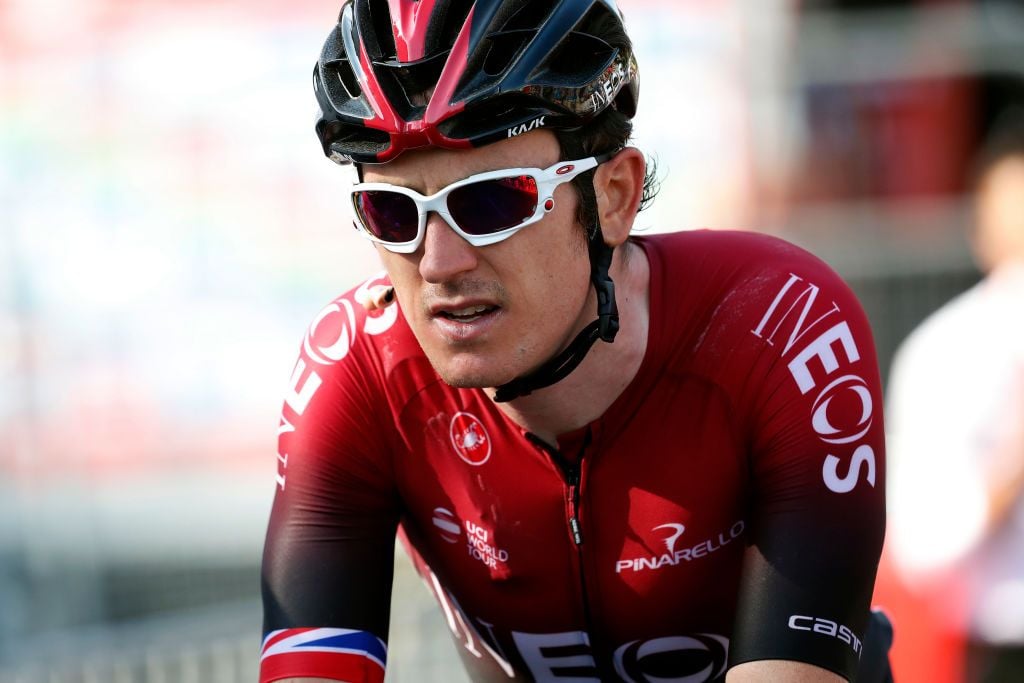 Geraint Thomas from Great Britain of team Ineos Grenadiers, left, falls, next to the winner of the stage Michael Woods – Keystone. A crash inside the last 50 metres cost Geraint Thomas the yellow jersey on a dramatic stage four of the Tour de Romandie. Thomas was battling Michael Woods for victory as sleet fell at the summit finish in Thyon, but the Ineos Grenadiers rider slipped as he climbed out of the saddle for a final dig for the line.

It meant the Canadian Woods took both the stage win and with it the leaders’ yellow jersey for Israel Start-Up Nation, with overnight leader Marc Soler of Movistar having been distanced on the final climb. Thomas shook his head as he rolled over the line in third behind Ben O’Connor, 21 seconds after Woods, having struggled to remount his bike.

However, assuming there are no lasting injuries, the Welshman will begin Sunday’s 16km hilly time trial around Fribourg as the favourite for the overall win given his quality against the clock. Thomas sits 11 seconds behind Woods, with O’Connor now third overall, 21 seconds off yellow. Soler slipped to fourth, 33 seconds down.

Thomas’ crash was a final bit of drama on a 161km stage from Sion packed with incidents, including a controversial decision to neutralise the final descent out of Suen, inadvertently handing a breakaway an extra two minutes worth of advantage.