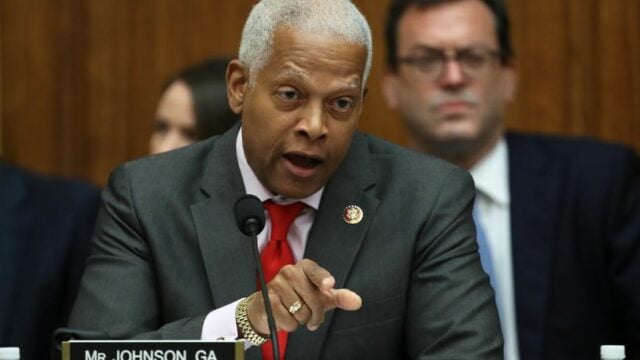 The 66-year-old Georgia congressman is the second House Democrat taken into custody for participating in a voting rights protest in the past week. Johnson spoke at a rally organized by the group Black Voters Matter and pressured Congress to pass two federal voting-rights bills, the For the People Act and the John Lewis Voting Rights Advancement Act.

“Today, Congressman Hank Johnson (GA-04) was arrested along with a group of Black male voting rights activists protesting against Senate inaction on voting rights legislation and filibuster reform,” Johnson’s office said in a statement. Johnson’s office said the congressman attended the rally as part of his effort to fight GOP voter suppression measures in Georgia and other states that target students, the elderly, and people of color. 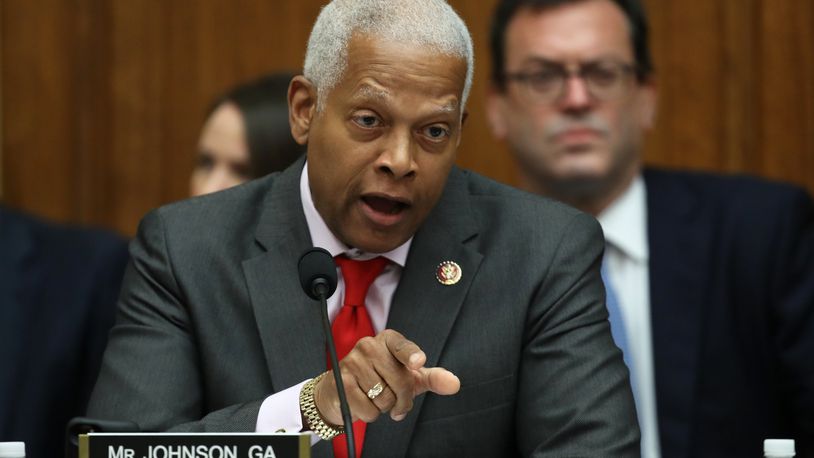 “In the spirit of his dear friend and mentor – the late Congressman John Lewis – Rep. Johnson was getting in ‘good trouble’ fighting for and protecting civil and voting rights for all Americans,” his office said. Eva Malecki, Capitol Police’s communications director, told USA TODAY that 10 individuals were arrested for “unlawfully demonstrating” outside the Hart building. Each was charged with crowding, obstructing, or causing an inconvenience.

The For the People Act would expand voter registration and voting access, among other steps. The bill passed the House in March but has stalled amid GOP opposition in the Senate. The second measure, named after the late civil rights icon Georgia Rep. John Lewis, would restore voter protections included in the Voting Rights Act of 1965.

Democrats say the bills are vital to countering Republican-led efforts in state legislatures to enact new restrictions on voting that target minority voters and other Democratic-leaning constituencies. Republicans say the new rules are needed to guard against voter fraud.

Several other members of Congress appeared alongside Johnson at the rally, including Rep. Jamaal Bowman (D-NY), Rep. Emanuel Cleaver (D-MO), Rep. Troy A. Carter (D-LA), Rep. Sheila Jackson Lee (D-TX), and Rep. Al Green (D-TX). The group of protesters, including Johnson, marched to the Hart Senate Office Building, chanting “This is what democracy looks like,” according to an NBC News reporter on the ground.

Ohio Democratic Rep. Joyce Beatty was arrested July 15, along with eight other protesters, after being warned three times to stop “illegal demonstration activity,” Capitol Police wrote in a Twitter statement that day. “I stand in solidarity with Black women and allies across the country in defense of our constitutional right to vote,” Beatty wrote in a statement posted to Twitter after her arrest. “We have come too far and fought too hard to see everything systematically dismantled and restricted by those who wish to silence us.”