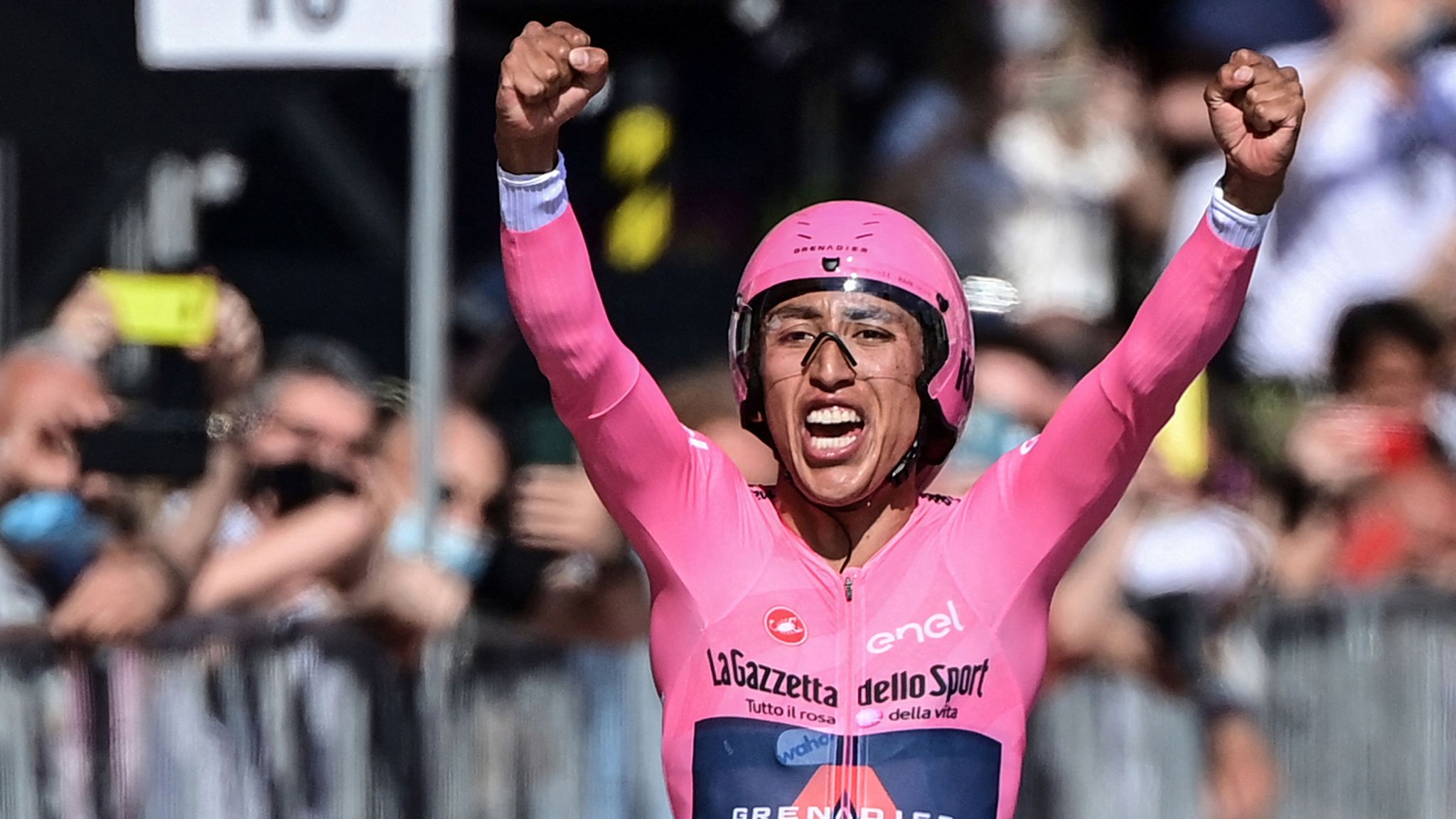 MONTE ZONCOLAN, Italy — Italian rider Lorenzo Fortunato soloed to victory atop the fearsome Monte Zoncolan as Egan Bernal extended his overall lead to more than a minute after the 14th stage the Giro d’Italia.

Fortunato, who rides for Eolo-Kometa, attacked with around 2 kilometers remaining of the 205-kilometer (127-mile) route from Cittadella to claim a debut professional win in his first Grand Tour, at the top of one of the Giro’s most prestigious climbs.

“I haven’t fully realized yet what I just did,” the 25-year-old Fortunato said. “I knew I was in good shape, and this morning, I really wanted to go in the breakaway.

“I knew that the last 3 kilometers were the hardest; for this reason, I waited for the final part of the Zoncolan to attack, and then I gave it everything until the finish line”. 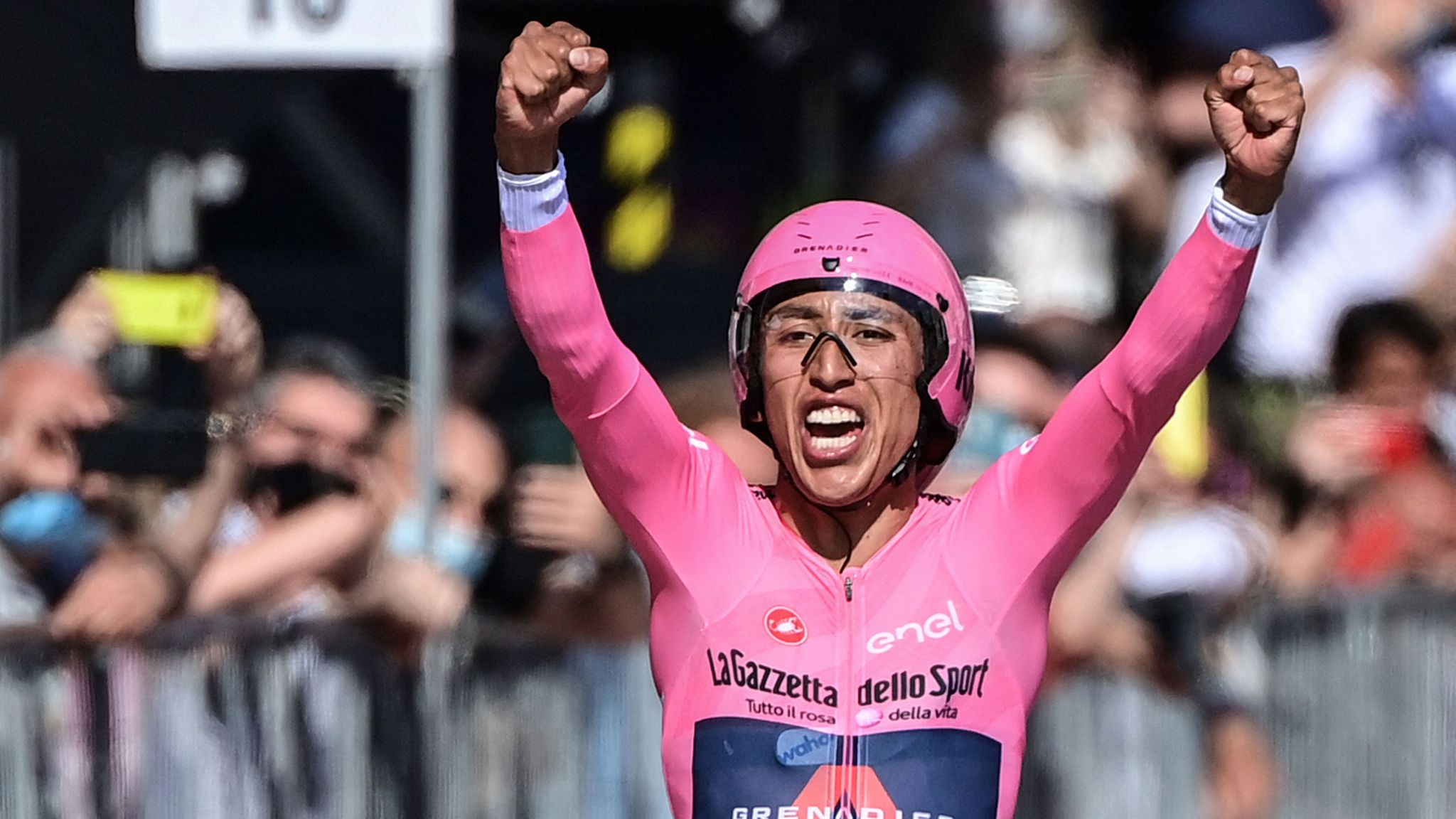 It was Fortunato’s first victory in more than eight years, having last won as a junior. Jan Tratnik was second, 26 seconds behind Fortunato. The duo had escaped from the remains of the breakaway shortly after the start of the ascent of the Zoncolan, which was covered in snow.

Alessandro Covi was third, 59 seconds behind Fortunato. Bernal responded to a late attack from Simon Yates and then attacked the British rider in the fog at the summit to finish fourth and extend his overall lead to 1 minute, 33 seconds ahead of Yates, who moved into second. Bernal, the 2019 Tour de France winner, is 1:51 ahead of third-place Damiano Caruso.

“I tried to remain calm when we tackled the Zoncolan because I knew I was in a good position in the GC and did not need to attack first,” said Bernal, who rides for Ineos Grenadiers. “I followed Simon Yates when he attacked, and then I did an acceleration in the finale. “I think I did a good race. Now I have a good lead, but I need to remain calm and focused; anything can happen in the Giro.”

This year’s Giro saw the riders climb the Zoncolan from the more accessible side. It was still nevertheless one of the most arduous ascents of the race. The last 3 kilometers had gradients often exceeding 20% and topping out at 27%, along with the hairpins in the final kilometer.

Eolo-Kometa is owned by retired cyclists Ivan Basso and Alberto Contador, who both won the Giro twice. Contador had vowed to ride from Madrid to Milan if the team won a stage at this Giro in its first Grand Tour. And, in a video posted on Instagram of him watching the finale, the clearly emotional Spaniard said he would keep his promise.

Sunday’s 15th stage crosses into Slovenia and covers the fourth-category climb to Gornje Cerovo three times on the 147-kilometer (91-mile) route from Grado to Gorizia. The Giro finishes on May 30 in Milan with an individual time trial. Fortunato wins atop Zoncolan, Bernal extends Giro d’Italia lead originally appeared on NBCSports.com.