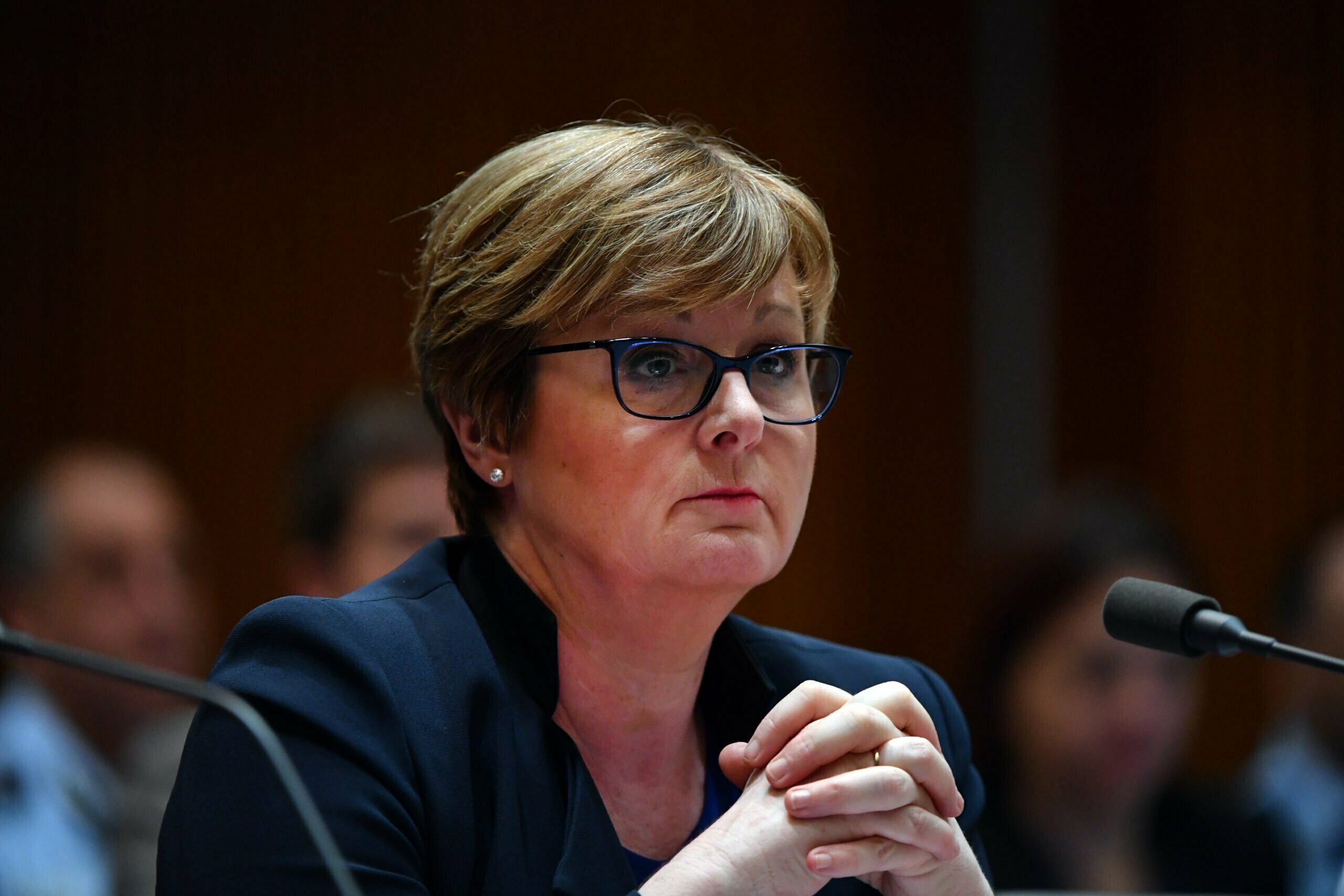 Former Defence Minister Linda Reynolds has sensationally accused the Labor Party of hounding her to the point that she “ended up in hospital” over the Brittany Higgins rape allegations furor. Senator Reynolds, who was forced to apologize after describing Ms. Higgins as a “lying cow” earlier this year, made the extraordinary statement about her hospitalization on Friday night at Senate estimates.

It immediately prompted Labor to accuse her of playing the victim card on the same day that it was revealed that Ms. Higgins was herself hospitalized for mental health treatment last week. Senator Reynolds has previously insisted she was hospitalized for a pre-existing cardiac condition. It is the first time she has suggested the stress of the fallout from the scandal prompted the medical emergency.

Senator Reynolds was hospitalized amid a firestorm over revelations. She asked Ms. Higgins to attend a formal employment meeting in the room where she was found naked by security guards. She has since apologized for this decision.

She then revealed she referred to Ms. Higgins as a “lying cow” in her private parliamentary office, prompting a witness to report the matter and later leak it to the press. She insisted she was not referring to the rape allegations. Amid intense questions in parliament, she struggled to answer questions and then took extended medical leave before moving portfolios.

Under intense questioning on Friday, she stonewalled some questions because she couldn’t discuss matters currently being investigated. “I am not going to prejudice the inquiry. I am just simply not,” she said. Labor Senator Katy Gallagher then asked Senator Reynolds she was, in fact, “simply not going to answer the question.” 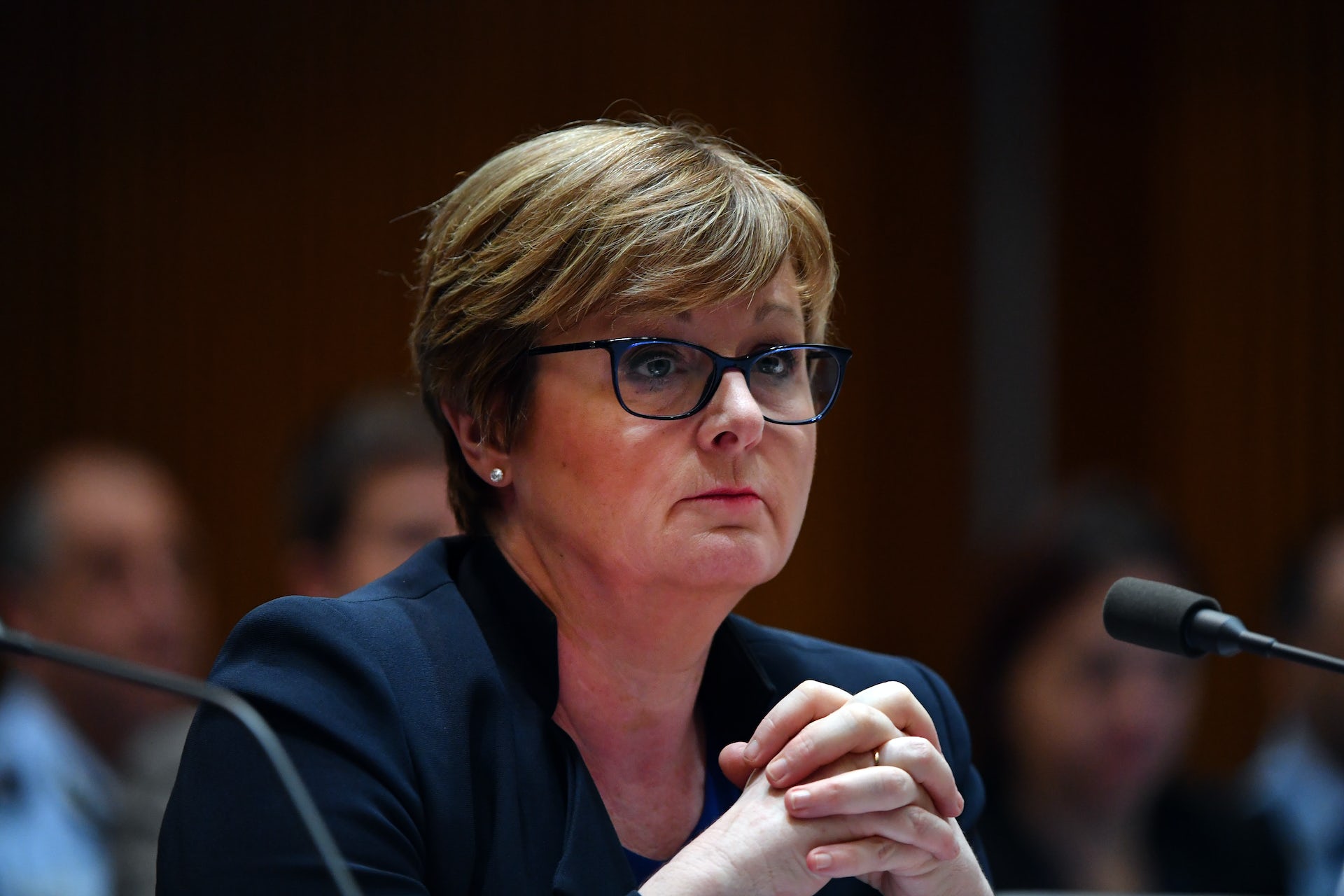 “You’re the person who has avoided, out of all of this, information about your statement, or knowledge, or any facts of this matter.” Senator Reynolds then interrupted and said that was “absolutely not true.” The Party Games newsletter Get your political briefing from news.com.au’s political editor Samantha Maiden. “Senator Gallagher, I did answer your questions to the point that you ground me into the ground,d then I ended up in the hospital,” she said.

“But I am back here and, I am answering questions.” At this point, Labor Senator Penny Wong interrupted to declare, “So you’re the victim?” she said. “Not Ms. Higgins?”. Earlier, Senator Reynolds unreservedly apologized to a mother whose details were accidentally sent to her abusive ex-partner but admits she did not know about the breach until after it was discovered by the media.

The Herald-Sun on Friday revealed a Victorian woman, who cannot be named for safety reasons, feared for her life after her son’s National Disability Insurance Scheme (NDIS) plan was sent to his father. The National Disability Insurance Agency (NDIA) had been ordered not to disclose information to the father. He was released from jail last year after serving time for violence against the boy’s mother.

Appearing before Senate estimates on Friday, NDIS Minister Linda Reynolds offered an unreserved apology, saying she had ordered a review into the breach. “It should not have happened; my first priority, and the NDIA’s first priority, is the safety and privacy of the woman and the family concerned,” she said. Details of the breach weren’t reported to the NDIS’ national contact center until either Monday or Tuesday.

Labor senator Jenny McAllister questioned whether a “don’t ask, don’t tell” policy had been implemented on the matter. Ms. Reynolds said when her office was informed of the incident would be made more evident by the NDIA report. “I don’t want to jump to conclusions, and I certainly don’t want to say anything publicly until I know all the facts,” she said.

The woman exposed by the breach said she had been offered three days in a hotel but feared homelessness after that period. Ms. Reynolds would not answer directly when asked whether three days’ accommodation was “satisfactory” but pledged to ensure the family was “well looked after”. “All I can say is that we’ll make sure that she is okay,” she said.