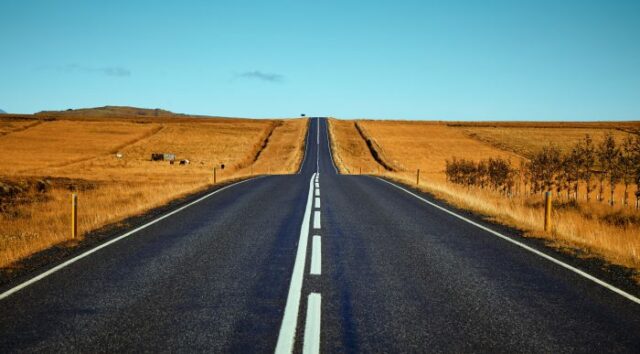 Since the Australian novel landscape was given a tectonic uppercut by Boy Swallows Universe, publishers have juggled the desire to discover “the next Trent Dalton” with an equally strong desire not to tempt fate by speaking too soon. The record-smashing Dalton is a massive act to follow, after all.

Given the industry’s caution, even to be named by big-hitters in the same context as the BSU author is an indication of serious quality — and when Dalton himself joins the praise, it’s worth booklovers sitting up and taking notice. We Were Not Men, the fictional debut offering by award-winning Victorian journalist and wine writer Campbell Mattinson, is getting just that sort of attention. It was inspired by the true story of local footy hero Ron James and his sudden, tragic death — and it has taken three decades to reach completion.

TRAGIC TRUTH BEHIND THE STORY: SCROLL DOWN

Calling the book “a revelation” and its author “an original and powerfully moving new Australian voice”, the woman that signed Mattinson, Dalton, and many others — HarperCollins Head of Fiction Publishing Catherine Milne — said: “In all the ways that I can be certain — in my bones, in my heart — I know this novel is excellent and special.”

She added: “It gives me all the same feelings that reading Boy Swallows Universe did when I read it for the first time. “It’s the kind of fiction I love — big-hearted, absorbing, visceral, moving. I read the first twenty-two pages of this novel with my hand over my mouth in disbelief, awe, and emotion — you’ll see why when you read it. It’s astonishing.

“Heart-hammeringly intense and deeply moving, We Were Not Men is a story about two young boys — twins Jon and Eden Hardacre. In the wake of a terrible accident, the boys have to grow up fast. They compete with each other, fall in love with the same girl, and begin to realize how complicated love can be and how it doesn’t always show itself in the ways that we expect. An unforgettable story about the difference between getting older and growing up.”

Dalton, whose first novel and follow-up All Our Shimmering Skies were also brought to the public by Milne, described We Were Not Men as “a gut-punching, soul-restoring exploration of brotherhood and human bonds that bend but do not break”, adding: “You’ll dive in at the deep end and you won’t want to stop swimming in Campbell Mattinson’s words.” Given such plaudits, it is only fitting to let Mattinson himself take over at this point, in usual Sunday Book Club style, to tell how We Were Not Men came to be. Dive in.

“One afternoon in January 1990, I stumbled upon a newspaper article that would change my life. Ron James was dead. In my teenage years, he’d been a hero to me; he lived in the next suburb; I used to see him sometimes running in the sun. As I read the report, in total disbelief, someone close-by stepped from their chair and ordered me to sit down. I can see, she said, that you’re really affected. I was, and I always will be.

I started writing that night. I wrote for three days; I wrote my heart out. I then went to Ronnie’s funeral, or at least I tried to; there were so many people there that hundreds of us were left standing outside. One of the twins, Ronnie, had been an Aussie Rules footballer for the Western Bulldogs (then Footscray) but was best known for one glorious game he played for VFL team Williamstown. It was a Grand Final, it was his first senior game, and he was only 14.

The thing was, instead of being overawed, Ronnie did something in that game that no 14-year-old should reasonably be able to do. In short, he took the world on. And then, at age 19, he’d died on the water, on a country river, in the blazing sunshine, having been flung into the trees in a boating accident.

The story I was writing was not Ron James’ story; I didn’t and don’t know it. But it was inspired by it. It was about twins, and a river, and about their total gutted devastation after a terrible accident. It was about their desperate need to swim their lives back upstream, somehow.

I was so committed to this story that I quit my job as a 22-year-old. A year later, I had a novel written. The twins in my story, Jon and Eden, were taken into the care of their retired grandma, Bobbie. Bobbie lived by herself on a farm at Flowerdale; it had a creek at the back, which the boys could swim up.

On what I thought was my final read-through of this fresh-written novel, in 1991, I realized that the storyline was strong but that the character of Bobbie wasn’t, and she had to be. I decided that the book needed to be rewritten. And there, unbelievably, began a 25-year writing journey to get this character of Bobbie right. I just simply never could, or not right enough. I wasn’t old enough, or wise enough, or good enough. And so every year, ever since, I’ve worked on this same book, trying to get it right. Just to put this in perspective: I started writing this book ten years before the birth of my first child. He’s now in his third-year uni.

Amazingly though, the book is now finished. I somehow got it right. The breakthrough came in the simplest and most unremarkable of ways. I was alone one night in a hotel room, my laptop open, moving words around, trying. I typed these words: Life is different on the other side of youth. As soon as these words appeared, I realized two things: that I would never have written these words in 1990. And that, unlike me, Ron never got to see the other side of youth.

Something about this realization made me stop. It made me think of all those failed years, all this trying with nothing to really show for it. Failure suddenly felt like the luckiest thing in the world; I mightn’t have made much of it, but at least I’d had a chance. Of course, over the years, I’d wondered why it mattered so much to me that I get the telling of this story right. Maybe over the years, I’d lost sight of the answer to this.

It’s the only story I’ve ever really wanted to write, was my usual answer. I realized that night in a hotel room that there was another reason. And that was that I’d wished to, from the start, as no doubt hundreds of real life people had in their own personal ways, to get Ron back to shore, safely, or more precisely: to somehow do something for him.”

By Campbell Mattinson and published by HarperCollins Australia, We Were Not Men is on sale from June 2. It is our new Book of the Month, so head to Bootopia and enter code ‘CAMPBELL’ at checkout to receive 30% off the RRP of $32.99. Share your thoughts at the Sunday Book Club group on Facebook.