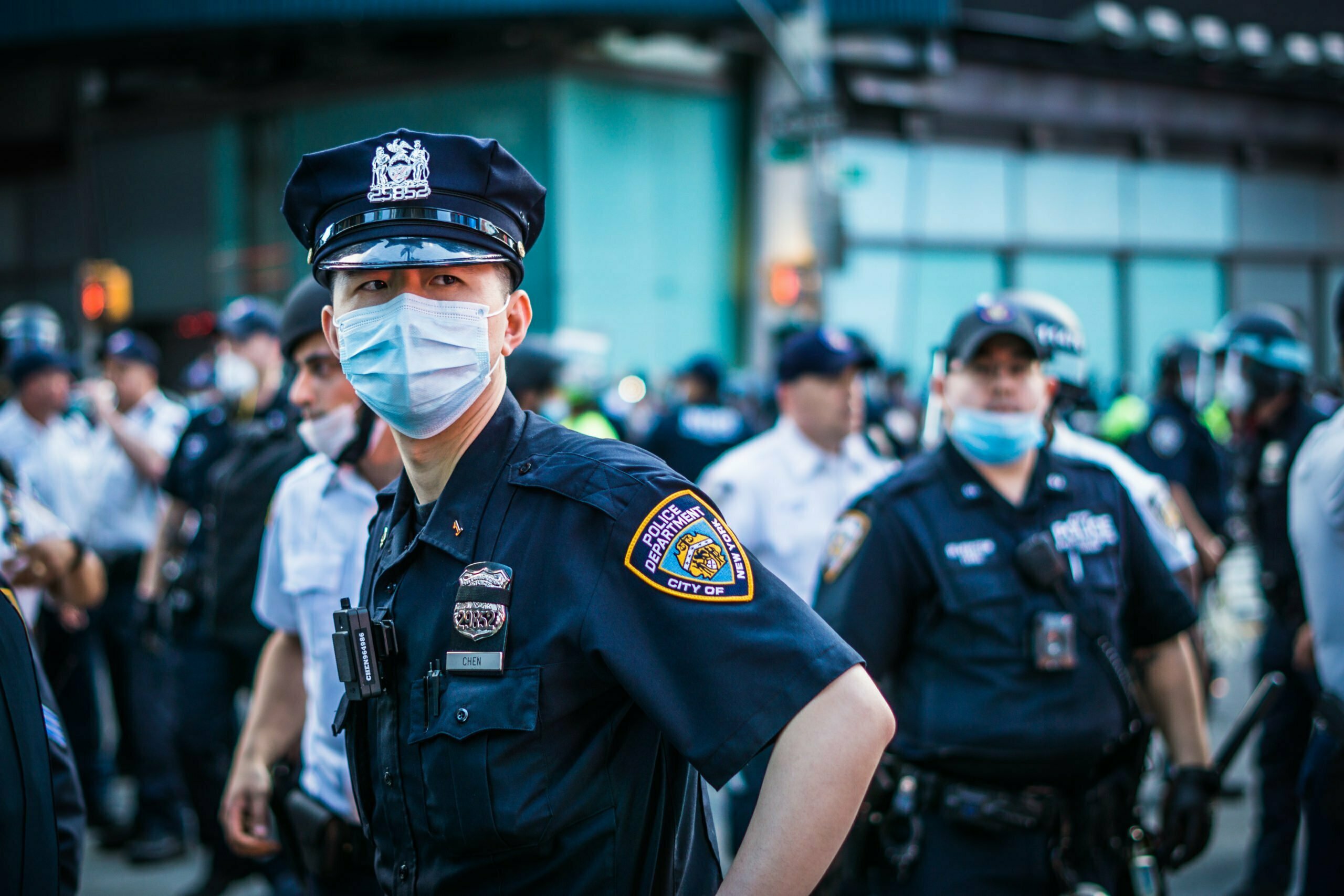 WASHINGTON – President Joe Biden and congressional leaders paid tribute Tuesday to U.S. Capitol Police Officer William “Billy” Evans during a solemn ceremony in the Capitol Rotunda. Evans, an 18-year member of the force who served on the agency’s First Responders Unit, died during an attack at the Capitol earlier this month. His body is lying in honor in the Rotunda, an unusual distinction for a private citizen.

Biden said Evans was defined “by his dignity, his decency his loyalty and his courage.” The president said Evans reminded him of the kids he grew up in Pennsylvania – never scared of a fight, unable to say no whenever needed. “He was the one who always kept his word,” Biden said. “If he said he’d be there, he’d be there.”

As Biden spoke, members of Congress sat silently and stoically. Sen. Tim Kaine, D-Va., rubbed his eyes at one point while Sen. Elizabeth Warren, D-Mass., wrung her hands. Evans’ flag-draped coffin arrived at the Capitol with a police escort shortly after 10:30 a.m. Dozens of uniformed officers lined both sides of the East Front steps as pallbearers carried the casket into the Rotunda, where it rested on a black-covered catafalque that once held Abraham Lincoln’s coffin.

As his casket was carried in and placed, the Rotunda was silent. Biden stood with his hand over his heart. Some 50 police officers stood at attention. Evans’ family – the mother of his two children, his son, and daughter, and his mother – sat off to the side of the podium where congressional leadership and the president addressed the crowd.

Evans’ young children, Logan, 9, and Abigail, 7, held stuffed toys. Logan wore a police cap. At one point, Abigail dropped a toy replica of the Capitol, prompting Biden, who was sitting closest to the family, to get up from his chair, walk over and pick it up, and hand it back to her.

“We are all shocked by the senselessness of this loss,” said Senate Majority Leader Chuck Schumer, D-N.Y., who urged Evans’ fellow officers to keep his memory alive. House Speaker Nancy Pelosi, D-Calif., called Evans “a martyr for our democracy” and said he joined “the pantheon of heroes” who gave their lives to defend the Capitol, including officers killed during the January 6 mob attack on the seat of the federal government.

PAfter her remarks, elosi walked down the line of family members and hugged Janice, officer Evans’ mother. As the United States Army chorus quartet sang “Amazing Grace,” Shannon Terranova, the mother of Evans’ children, tearfully pulled Abigail into her side. Through the duration of the performance, Biden kept his hands grasped, and his head bowed.

When Senate Chaplain Barry Black said the final prayer, Logan hugged a stuffed bear and continued to do so as they observed the wreath and the casket on the way out. A viewing period will follow for members of the Capitol Police force, with a viewing period for members of Congress that extends into the evening. A ceremonial departure from the Capitol will occur at 6:30 p.m.

A man struck two officers near the Capitol with a car on April 2 and then rammed a barrier, killing Evans and leaving another officer hospitalized. Police fatally shot the attacker, 25-year-old Noah Green. Speaking from the Senate floor Monday evening, Senate Minority Leader Mitch McConnell, R-Ky., said Evans could not have been “a more faithful protector to keep us safe.”

Schumer on Monday noted the significance of Evans lying in honor in the Capitol Rotunda, “the very center of the democracy he gave his life to protect.” According to a House history of the tradition, only a few other private citizens have laid in honor, including two other Capitol Police officers who died in the line of duty in 1998: Officer Jacob J. Chestnut Jr. and Detective John M. Gibson.

While rare, Evans will now be the second Capitol Police officer to lie in honor this year. Officer Brian Sicknick, who died after the January 6 attack on the U.S. Capitol, laid in honor in early February.

The tradition of using the Capitol Rotunda to pay tribute to distinguished Americans began in 1852. Still, historically that honor has been given to military officers and elected officials who have lain in state. More recently, Congress has allowed citizens to lie in honor. “We must never – never – take for granted the work” the Capitol police do “day in and day out to guard this citadel of democracy,” Schumer said Monday.